Language
Ceremony tells us that Melodyne 4 introduces new technologies and a new degree of freedom for the entire Melodyne family. Includes 4 versions and a polyphonic spectrum shaper sound editor.

Celemony GmbH/ Munich, 14.1.2016 (ictw) - Today, Celemony is releasing Version 4 of its legendary audio software Melodyne. This constitutes the most extensive update to the entire product family in the company's history, with the emphasis on Melodyne 4 studio. Highlights include the Polyphonic Spectrum Shaper Sound Editor with its totally new sound design possibilities, DNA Direct Note Access – at last, on an unlimited number of tracks – and ultra-accurate tempo detection. The smaller Melodyne editions – editor, assistant and essential – have also been enhanced.

Melodyne is, at once, an outstanding piece of software and the industry standard. The sound quality of the edited audio and the ability to modify notes even in polyphonic recordings have turned Melodyne into a must-have tool, as well as winning Celemony the coveted Technical Grammy. 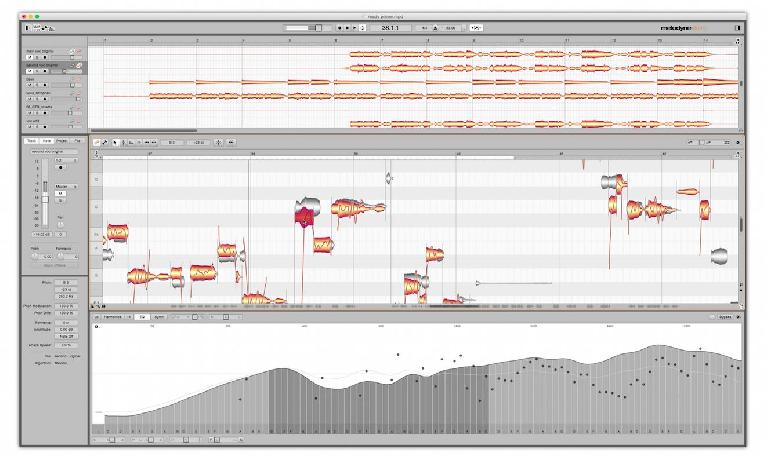 With the Sound Editor, the new Melodyne 4 studio offers a totally new approach to sound design, its possibilities ranging from the subtlest of optimizations and enhancement of the tone color to drastic, hitherto unknown, manipulation of the sound. The user has direct access to the overtones of the audio material, making individual harmonics louder or quieter, reshaping the spectrum with macro parameters and envelopes, or transferring the sound characteristics of one track to another. This makes it possible to create totally new sounds and turns Melodyne into a kind of audio-track-based synthesizer.

Melodyne 4 studio finally makes Celemony's patented DNA Direct Note Access technology available in a multi-track context. And thanks to Multitrack Note Editing, it is even possible to display simultaneously in the Note Editor any selection of tracks you like and edit the notes with the same freedom as if they were all on the same track. This is convenient and efficient and makes an entirely new production workflow possible.

Melodyne 4 detects tempos and tempo fluctuations in freely recorded music with utter reliability. So the subsequent click follows the musicians, not the other way around. A blessing for musicians and technicians alike, because the music – despite the living tempo at which it was recorded – can still be cut and edited without any difficulty.

The Tempo Editor also allows the “breathing” tempo of one live recording to be carried over to another, for it to infuse life into sterile samples, for runaway tempos to be reined in, or for the entire tempo map to be reshaped at will. Melodyne 4 makes handling tempo in a musical manner finally a simple matter.

Melodyne 4 is available now. The price of Melodyne 4 studio is €699 or US$849, whilst updating from an older version of studio costs €/US$149. Further information and prices are available from www.celemony.com.