Camelot aims to be the glue that ties together every piece of hardware and every plugin you could possibly own. Sound too good to be true? Matt Vanacoro finds out...

I’ve been keeping a close eye on Camelot for quite some time now. It was shown in an early stage at NAMM 2018, but has grown in leaps and bounds since then. Now in full release, Camelot promises to be the ‘glue’ that ties together every piece of hardware and every plugin you could possibly own. The fundamental app is complete and launched, and I finally got my hands on it.

Camelot is a host that is made to communicate with your hardware and software far beyond the typical MIDI host. With MainStage and comparable apps, you generally plug in a MIDI controller, then load up a plugin, and finally make some kind of connection between said MIDI controller and said plugin. The problem is, many of our hardware workstations and synths have sounds of their own that we’d like to use. Also, plenty of physical controls don’t transmit typical or expected MIDI signals that some hosts rely on.

If you’ve got a Nord Stage, for example, half of the controls simply don’t do anything by default in MainStage, which is a shame. Also, if you’re running a virtual instrument rig, you probably aren’t bringing a hardware mixer and loading up patches separately on your synth from your VI rig (if you are, man, do I pity you - you’re working HARD!). 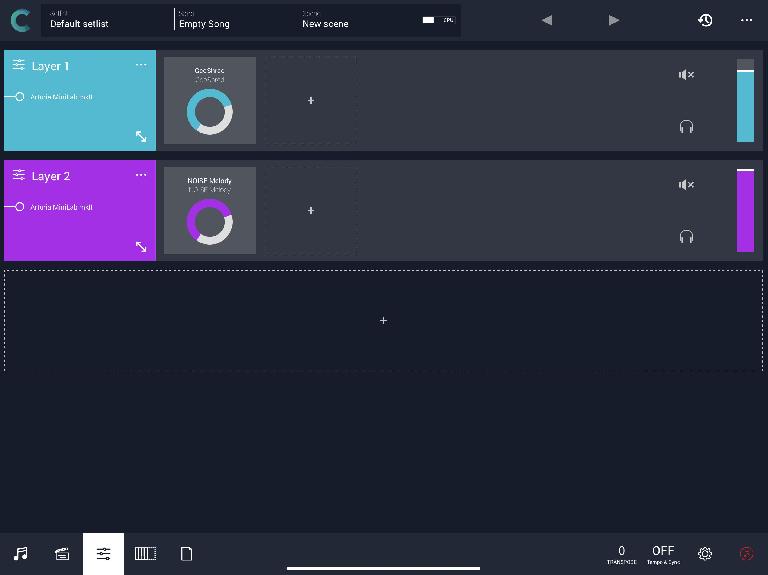 Camelot aims to solve this problem. Imagine a host that knows you plugged in a Nord Stage to use as a controller. Camelot can access your presets on your hardware keyboard once it’s plugged in just as easily as it can call up that great string sound from Komplete. You can control volume and mixing of this hybrid patch right on the screen with ease, without having to mess with the gain of your hardware synth (of course, you’ll want to set it to a unity or common level when designing patches).

It sounds like an amazing concept, and in practice, when using compatible gear, it really does work as seamlessly as they say! I downloaded the Camelot iOS app, plugged into the USB MIDI of my Korg Kronos, and I was able to make a layered sound, just like on MainStage, of my Kronos programs and GeoShred instruments right on the iPad. I could adjust the key range of the Kronos and of the iOS app easily within Camelot, and everything worked as expected. As a bonus, I typically have my iPad pushing out audio and looped back into my Kronos in a pass-through mode, so I didn’t even need an external mixer! In short, my Kronos was able to not only trigger MIDI in my iOS apps, but to integrate iOS apps right alongside my internal sounds, patch names intact and all! Wowza! 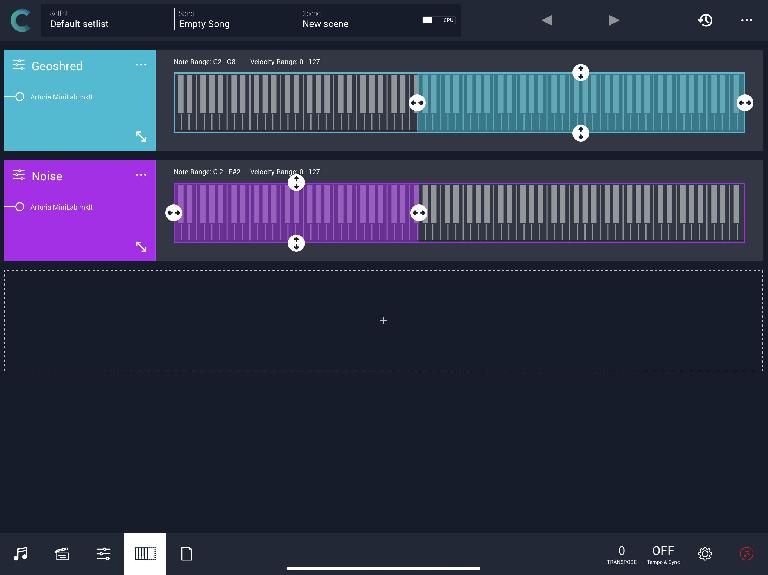 So there are a few caveats here. First of all, with the supported synths, not every keyboard has perfect bi-directional control with patch names. There are a LOT of synths and workstations in this world, and the good folks at Camelot have certainly got their work cut out for them trying to support them all. 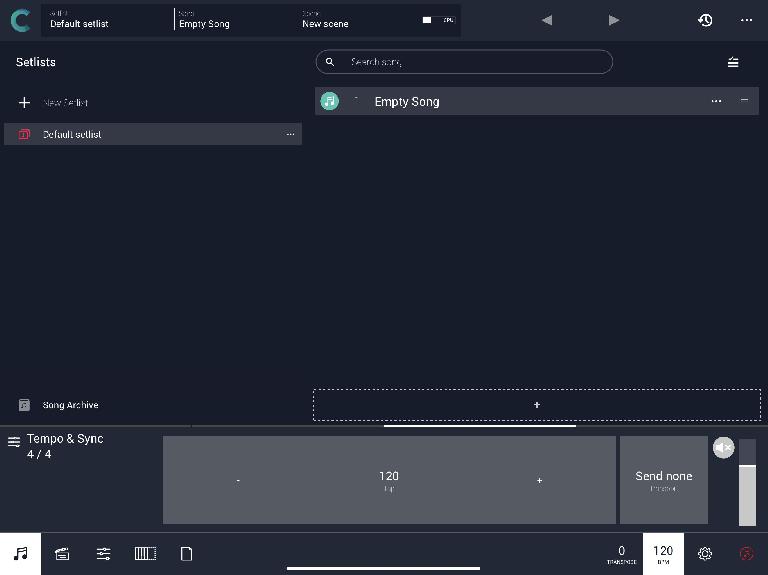 Secondly, while there are a lot of keyboards on the list that are supported, there are also a bunch that aren’t. Camelot worked perfectly with my Korg Kronos and Yamaha Montage, but my Nord Stage 3 is unsupported at this time. Camelot’s developers have helpfully included a compatibility page on their website with a list of what’s supported with what keyboard, and even provide tips on the best way to set up each individual keyboard for work with Camelot. So they’re working on it, they’re clearly dedicated, there’s just a lot of synths out there!

There is a live asset management system in place, so you can store your sheet music/charts along with the song. I appreciate this, but I don’t see myself using that aspect much - I’m fully invested in ForScore. For the convenience of making notes, however, I find it incredibly helpful. I made some quick notes on each patch I used and had it displayed across the screen to remind me of what was going on with each patch, and I found that to be incredibly helpful.

Even if you never delve into the hardware side of things, Camelot is as close as we can get to ‘MainStage on the iPad’ right now. You can absolutely use Camelot to load up your favorite AUv3 plugins on iOS and have a mobile rig that is dependable and powerful. I didn’t have a single crash in my entire iOS testing experience, and I loaded in plenty of instruments. Hopefully this will push more plugin developers to release iOS AUv3 versions, as the offerings are limited at this time.

Camelot represents a really bright and stable future for hardware and soft synth users. I checked out the iOS version, but I’m sure the desktop version is just as powerful (and definitely more versatile with such a large stable of AU/VST plugins available). I can’t wait to see where they go with this, there are more robust connection options planned including some for lighting rigs and more!

Price: $18.99 iOS / $99 Desktop
Pros: Rock solid stability, snappy and fast interface, supported synths have absolutely incredible functionality integrated, there is nothing else like this out there now.
Cons: Check your hardware to make sure it’s supported first, you get the most benefit out of fully compatible hardware
Web: www.camelotpro.com

Enkerli
Bad link (Ã¢ at the end). Are you using a French keyboard, by any chance?
Zedcars
^
Link still bad. Goes to http://www.camelotpro.comÃ¢/ which doesn't exist. Please correct.

Thanks for an interesting article.