It's easier than you might think to create your own multiband effects from scratch in FL Studio. Gary Hiebner is on hand to show you exactly how it works.

What I really like about FL Studio is its flexible routing options. It’s a bit different than other DAWs but when you get familiar with it you can do some complex routing. And my favorite thing to do with it is to build up multiband effects. Let’s take a look at how this is done.

Let’s first take a look at how the routing works in FL Studio. If I select a track, I can also send part of its signal to another channel in the mixer. By default it goes to the Master channel. 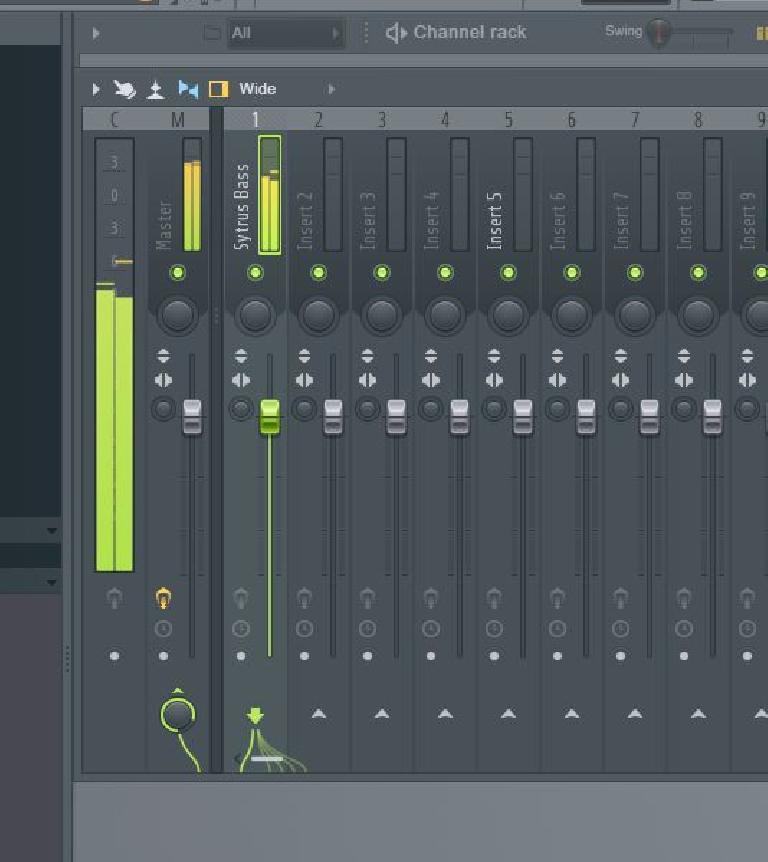 But I can easily route it elsewhere. Just make sure you first have your channel selected, and then choose the channel you want to route to. Click the up arrow on the bottom and it will now route there instead. You can choose to route there or sidechain. For this example I’m going to choose to sidechain to this track. 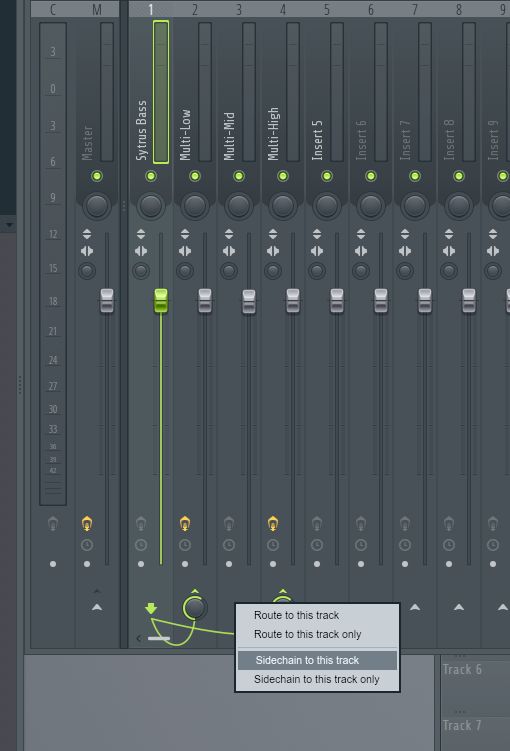 Then I can turn the dial underneath to determine how much of that signal I want to pass to the new channel.

Now for a multiband effect, what you are doing is splitting up a signal into numerous bands which are determined by different frequency ranges, and then on each one you can apply different processing. So in this example let’s take a look at how to build up a multiband distortion effects processor.

First on the channel I’m going to route the outputs to three other channels on the mixer. 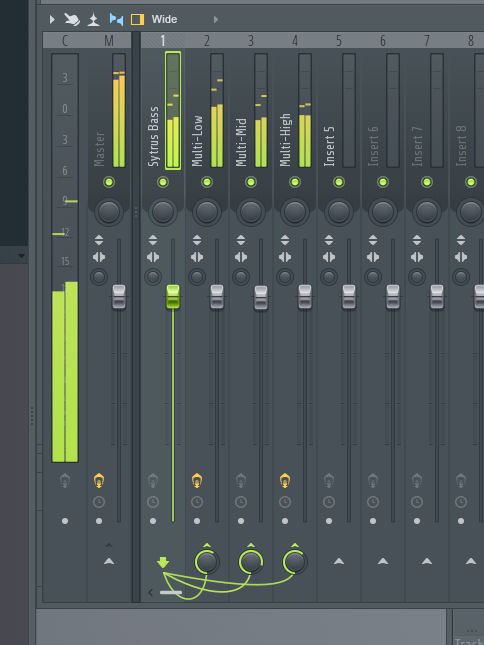 Then on each band I’m going to add an EQ. The first channel will be the low EQ band, the last will be the high EQ band, and then the middle one will be the midrange. You can take it a step further and even split it up into 4 or more bands. But let’s stick with 3 for now.

Now for the low band I’m going to set the EQ to a low pass, and pass all the low content below 250Hz. 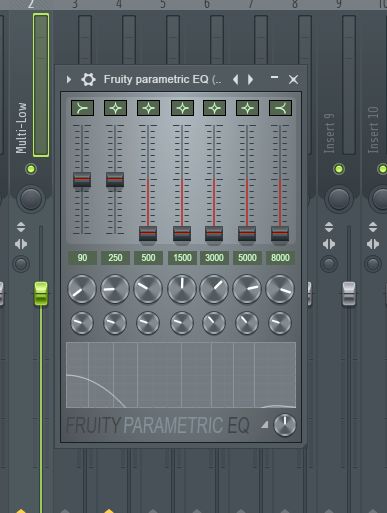 Then for the high band I’m going to pass all the high frequency content above 5000Hz. 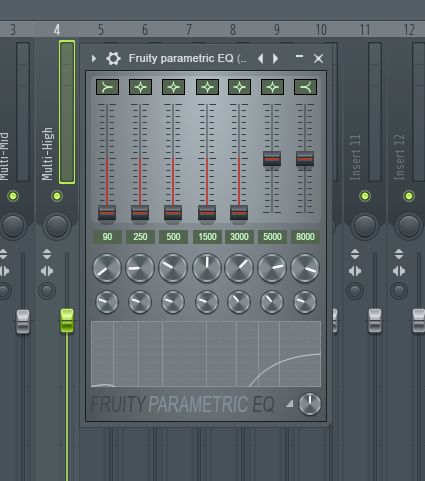 And then obviously the midrange band will be from 250-2500Hz. 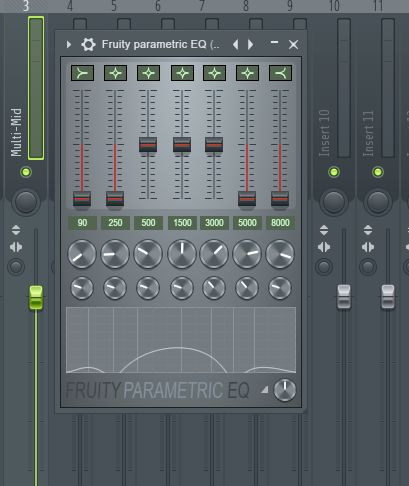 Now, I can solo each channel and hear each of these EQ bands. So now the multibands are setup, next let’s add some effect processing onto each band.

For the low band I want to add some compression. And also an overdrive effect, just to add some subtle saturation onto it. 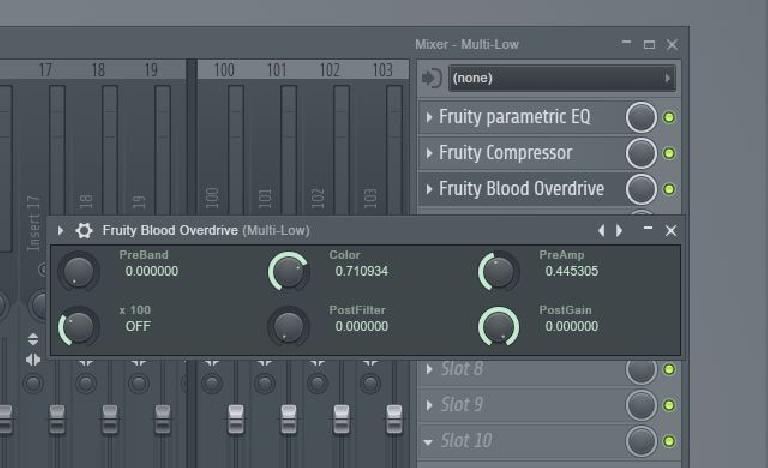 Then for the mid band I want to go a bit bigger, I’ll add a distortion effect, just push the drive a bit further. And just for some extra processing I want to add some chorus modulation onto the band. 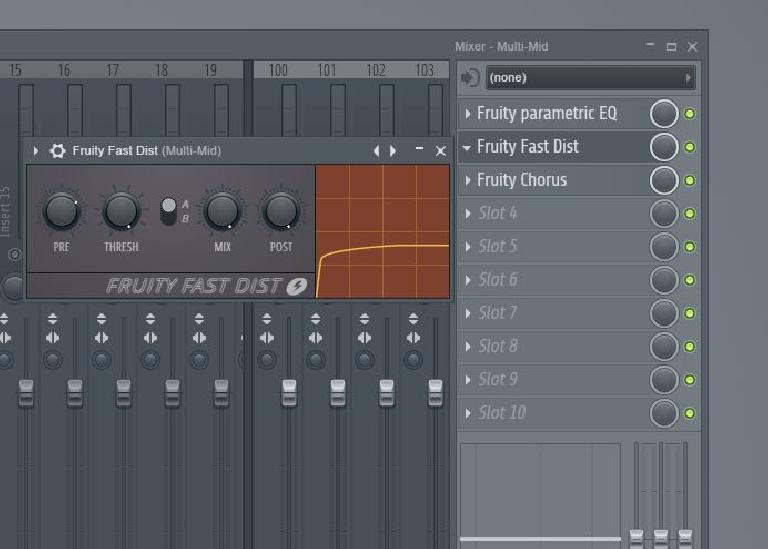 Then on the high band I want to excite this quite a bit with a heavy dose of distortion, plus some delays and reverb. 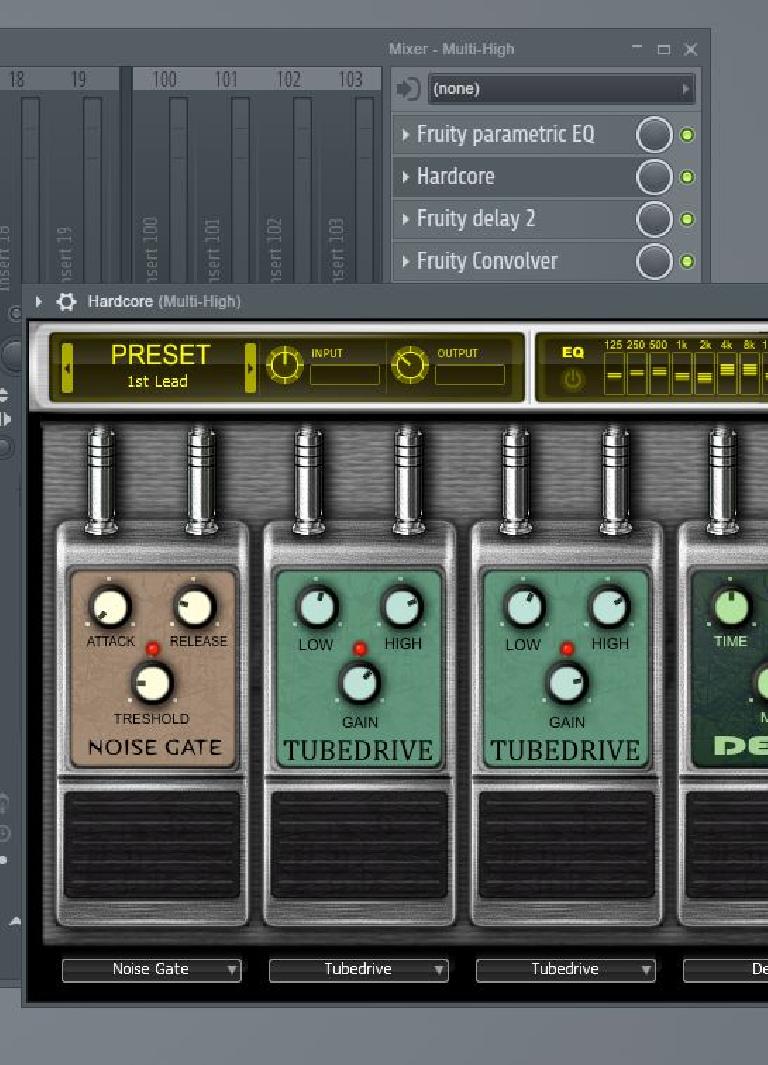 Take a listen to each band in solo and then compare them in context to each other. There you go, that’s how to build a multiband effects processor. And you can use whatever effects you want! You can even blur the EQ bands by extending them over each other if you want. Plus, after adding the processing you can adjust the volumes of each band to mix them all together better. 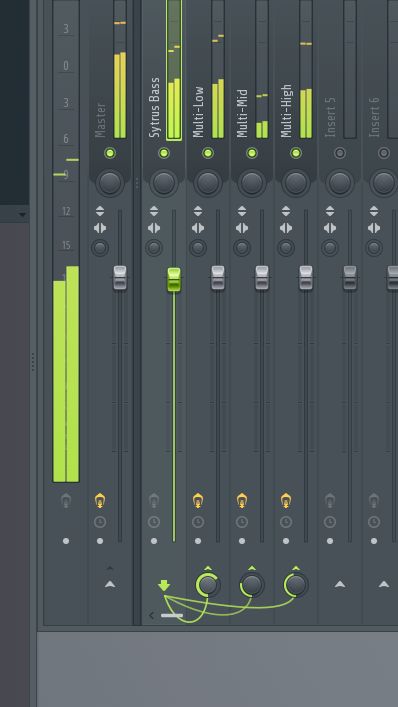 So that is how to build your own multiband effects in FL Studio. You can make use of its flexible routing options and build up some complex effect processing on your tracks. Try it out in your next music production.