Build A Music Studio Setup On A Budget

Some people spend a fortune on music gear and while that's a nice option to have, not everyone can flash quite so much cash. Here are some tips for building a system without breaking the bank.

Before we get started, it’s worth underlining that a “music setup” can contain a near-infinite combination of different components and what you need will be determined very much by what you’re trying to achieve. A house producer is going to need different tools to an acoustic singer songwriter, for example. So what we’re going to do is look at some of the core elements of almost any setup – a computer, an interface, a MIDI keyboard – rather than saying “all DJs must buy this specific product”. Where gear is mentioned by name, that doesn’t necessarily mean it’s the one perfect tool for the job, but rather an example of the kind of device you may want to look at if you’re on a budget. With that out of the way, on we go…

You’re almost certainly going to be using a computer as the brain of your studio and honestly it’s an area where you shouldn’t cheap out too much if possible. A powerful and well-built machine will serve you well, but an underpowered machine is just going to be frustrating to try to use. The good news is that moderately priced computers are really powerful nowadays, with multicore 64-bit processors commonplace. If you are buying a computer for music production, prioritise certain components when choosing or spec’ing up the machine. A fast SSD drive and 8GB or more of fast RAM will help you the most - more in fact than a few extra GHz on your CPU (though you’ll still want a fast CPU). Obviously you need a few USB2 ports as a minimum as well. 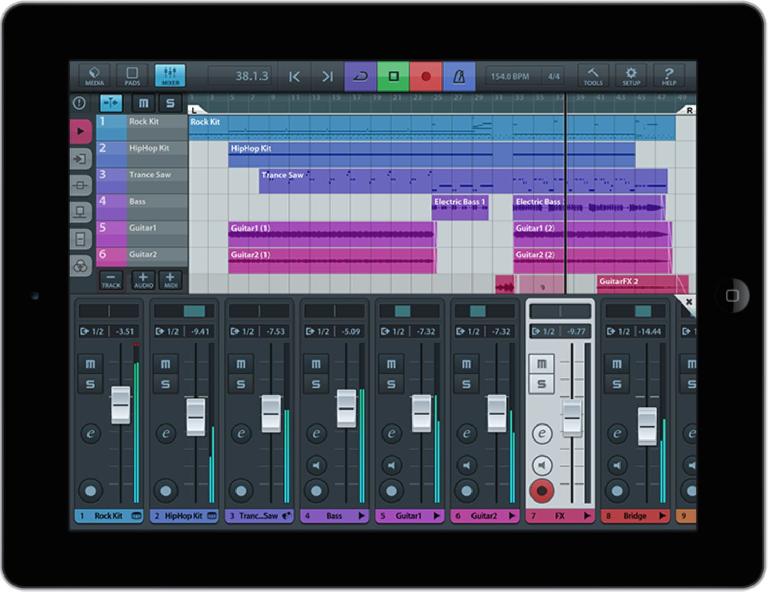 Cubasis for iPad - a viable alternative for some

Macs are on the whole more expensive than PCs, though also generally offer a more conflict-free experience. (Please, no flame wars – this has been my experience of working in tech support). An iPad can actually be a decent laptop replacement for music these days, and pairing mobile DAWs like Cubasis, GarageBand or Modstep with a bluetooth MIDI keyboard and some decent headphones will get the job done for some users. Microsoft’s Surface is very powerful, though also more expensive than an iPad. A $299 laptop from the local supermarket is very unlikely to give you what you need to make music – you don’t need to spend thousands, but you can’t get it for nothing either. 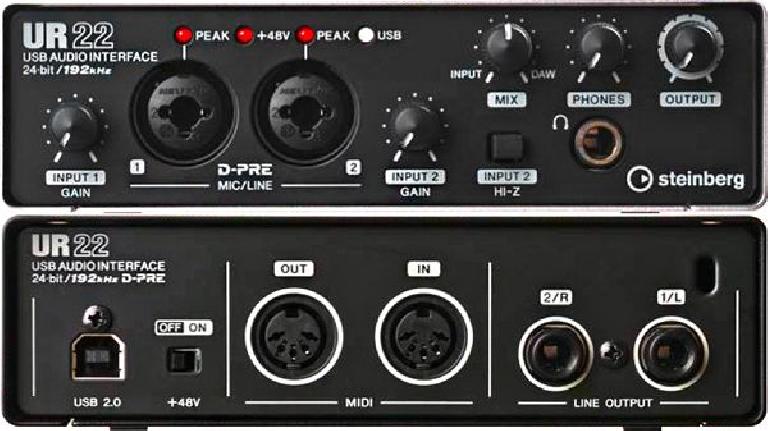 Think about what you need here. The choice of audio and MIDI interfaces is staggering, and at the more affordable end, competition is fierce which means good news for consumers. Unless you need to record multiple channels of audio at the same time, a 2x2 or 4x4 box should do you just fine – why pay for channels you don’t need? Direct monitoring is a feature to look out for and is available even in some more affordable models. Manufacturers go on about the quality of their preamps a lot but if your budget is tight, almost all “regular” preamps sound pretty good. If you are working on a computer and an iPad, look out for one of the increasing number of interfaces that can work with either – saving you buying two! 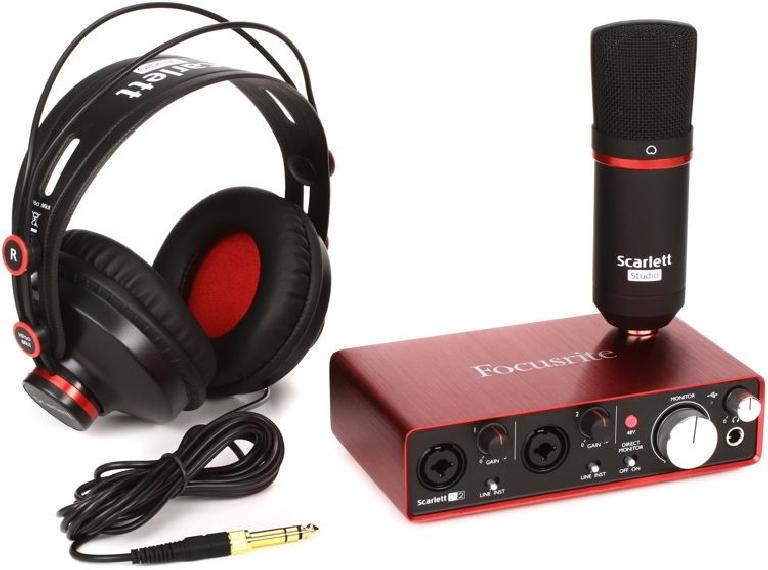 Some condenser mics can be purchased as part of a bundle to save money. Here, the Focusrite Scarlet 2i2 Studio package for $210.

Another minefield, people will argue about mics until they are blue in the face. For anyone setting up on a budget however, a decent studio condenser can be put to work capturing almost any sound source in a studio. Certainly the things you will probably be recording most frequently – vocals, acoustic guitars, mic’ed up guitar amps – should sound fine through a $200-$300 condenser. If you want to mic up a drum kit you’ll need to get more specific types of mic but given how infrequently you’d use them, it could be worth renting rather than buying. 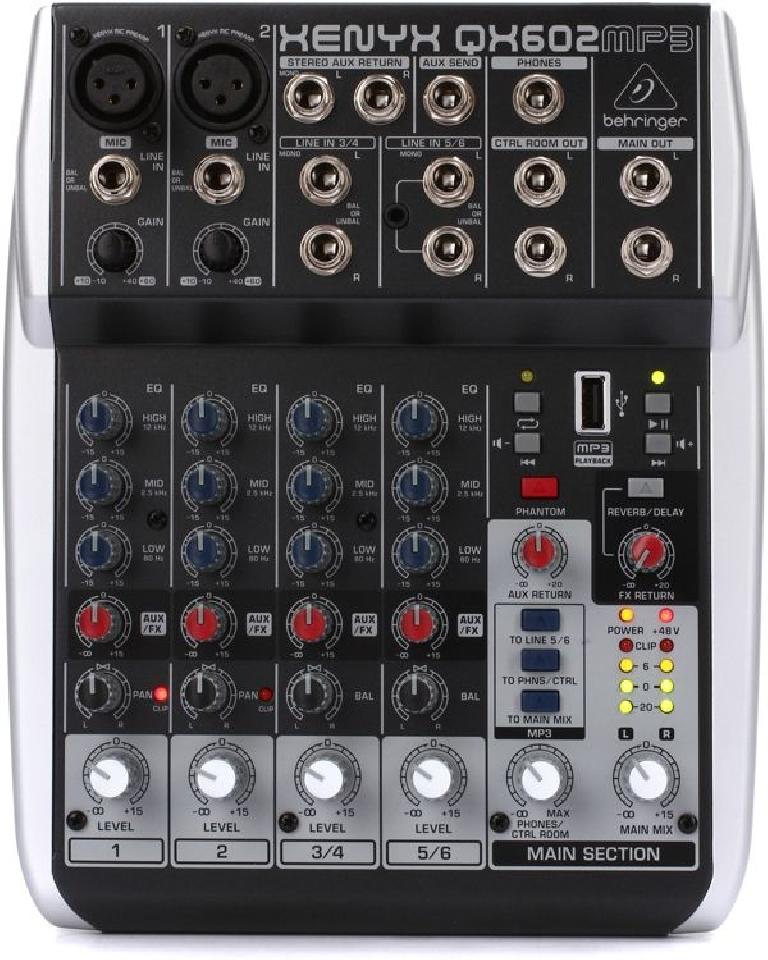 Another area where competition at the affordable end of the market has meant great kit for not much cash. There are a multitude of small, inexpensive mixers that are great for project studio use, from companies like Behringer, Yamaha, Samson and others. For around $100 you can typically get a 4 or 6-channel mixer with plenty of features for connecting your gear. Of course if your I/O needs are fairly modest you can skip the mixer altogether and just connect gear to your audio interface. 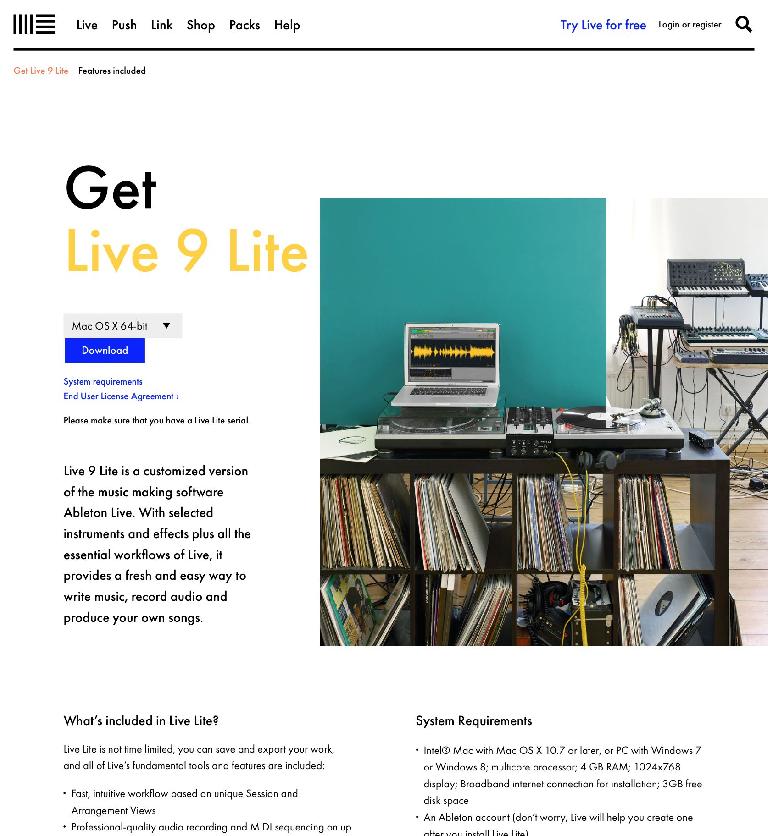 Entry level versions of DAWs are usually not expensive – under $100. Better still, quite a few hardware manufacturers partner with software companies (sometimes they make both elements) to bundle a DAW with an audio interface. So a Steinberg or Yamaha interface will very often come with a version of Cubase, and Ableton Live Lite is bundled with a fair few other interfaces. Sometimes you get virtual instruments or loop packs thrown in as well – there are some great value deals out there. If you decide later you need all the toys, you can always upgrade.

There are also some free online DAWs like Soundation and Audiotool that are surprisingly powerful for certain needs. All in all the software side of things is one where you can achieve a lot for little or no money – the core features of free or inexpensive DAWs are fine for many users. As far as plug-ins go, there are actually a lot of decent, free instruments and effects to be found. Luckily for you, we have compiled a list! 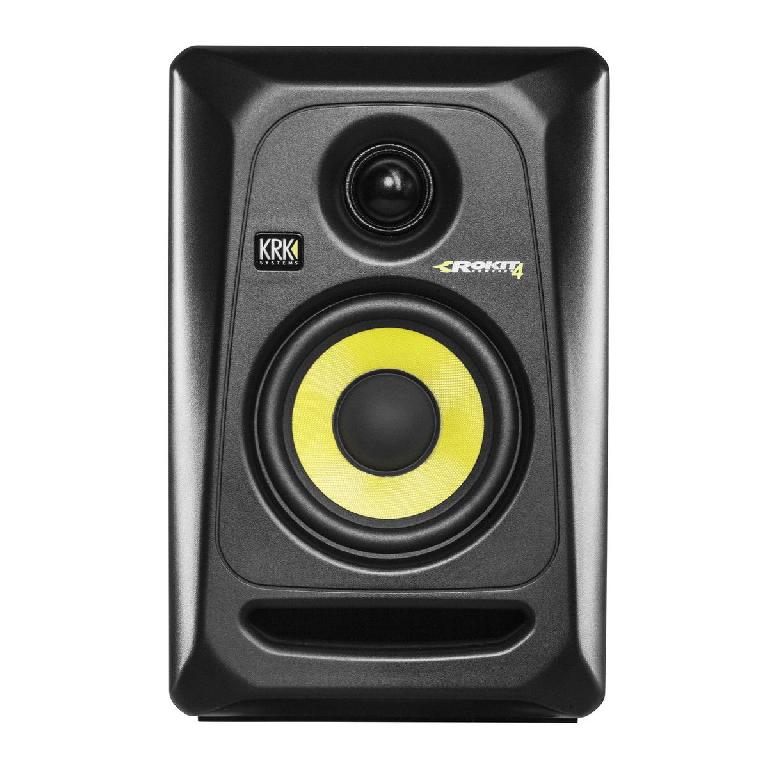 Powered monitor speakers are the way to go since they offer amplification and reproduction in one box. Small speakers can sound pretty good – KRK’s Rokit RP4 G3 as an example is a good all-round speaker for electronic music. With speakers, it’s advisable to audition a few pairs if you can since different models have their own character. IK’s iLoud Micro monitors really impressed me, and cost somewhere around $300. Cheaper generic “multimedia” speakers might be OK for tracking but shouldn’t be relied on for mixing. A decent pair of headphones can be one solution – spend around $100 - $150 on some affordable studio cans. 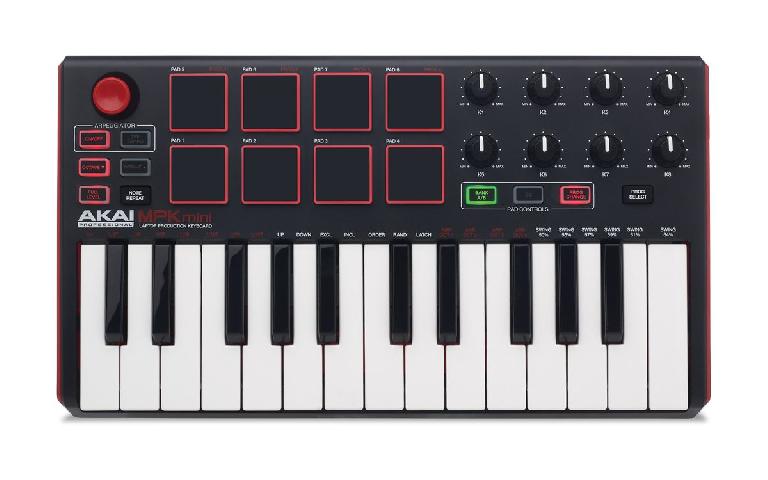 Again, competition means good news for us. There’s a huge variety of affordable USB MIDI keyboards, pad controllers and the like from Arturia, IK, AKAI and others. Bluetooth models can be a good choice since they’ll work with all your gear – phones and iPads as well as computers. Some of the small models like the AKAI MPKMini (around $80) – just as an example – offer keys, pads and knobs – all assignable so they can fulfil all kinds of different roles. These kinds of devices are great value considering what they let you achieve.

Learn the process of building a music studio in these video courses in the AskAudio Academy.

patzer
Surprised you didn't mention Logic. It's a professional-grade DAW with loads of usable plugins and loops for $200. As for keyboards, the MPK Mini Mk II is a great little unit at a good price. Pretty cramped, though. Something like a Nektar Impact LX49+ isn't much more and would be more playable.