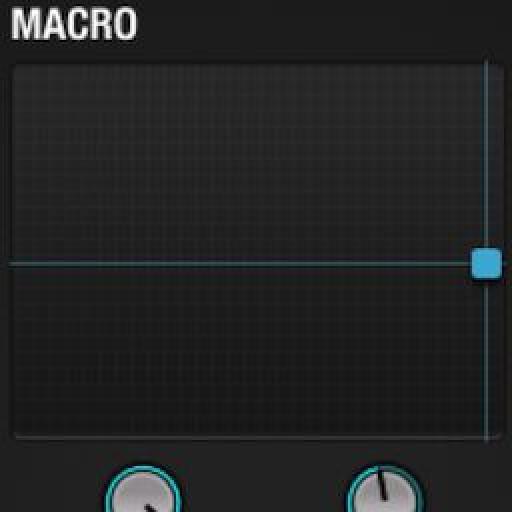 Bringing the Wobble in to iZotope Iris

Language
Iris, by iZotope, can do a whole lot more than you might think. Sure, it's great for atmospheres and effects... but you can also create stunning pads and even Dubstep Wobble basses! GW shows you how.

Iris is most commonly known as a sample playback purveyor of fine atmospheres, sound effects and groovy little IDM styled pads, and leads. And, while the sound banks that have been provided with Iris do tend to fall into that category, it does a hell of a lot more than that.

I think the cool, blue spectrogram that Iris is most visually associated with often misleads one into thinking that it's the Enya of synthesizers, and that it doesn't have a brutal bone in its body. But, one should remember that Iris can be as brutal as you want it to be, it's a sample playback device with really sick distortion!

It's also important to note that Izotope has keenly incorporated several features that keeps Iris capable of creating patches that are as up to date as the newest dance mix out there. For example: Iris has Glide, Iris has multiple LFOs, and Iris has a slew of built-in effects, and can pitch shift in real-time based on the keys you play.

Now, after I've filled you in, just a little bit, with all that Iris can do, why don't we sit down and make something brutal and evil with a big, dirty wobble?

One of the luxuries of working with a sample playback instrument is that you don't have to spend a lot of time beefing up a thin oscillator. You just locate a big, beefy audio file, and throw it in. From there, you can use effects to make the beefy audio file, even beefier.

Thankfully, Iris has a very big, beefy library of audio files. But, if there isn't something in there that suits your lust for damage and power, then you can always import your own audio. I've elected to do just that! I have a sound file of another synth that I think would be awesome, and it's already pretty big. 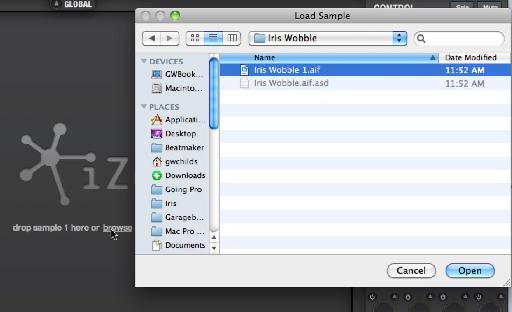 Here, have a listen!

Oh, and don't get the idea that I'm knocking the huge library of samples Iris has already provided. They are all quite good! I just want you to see how easy it is to work with your own audio. It just adds another layer of creativity to the process.

By the way, make sure to pay attention to the fact that any audio you bring in to Iris, as long as it has a discernible tone will automatically be assigned to the proper root note. This way, your workflow is sped up dramatically, rather than spending a few minutes determining what the proper original root note is.

Now that I've got my audio in, it's time to set up a few necessary adjustments for a wobble patch. First off, we need this patch to be monophonic. Who wants to hear a pulsing, throbbing, electric jackhammer of sound in unison? It would be a barrel of mud!

I'll set Iris's voice mode to Mono, short for Monophonic. Now, Iris is limited, and we don't have to worry about any note overlap for our wobble.

Next, let's set up a little Glide. At 0.44s, I'll have a healthy amount of Glide between notes, letting our synth slither silently in the background under wobbles galore.

Oh, and before we move on, let's do the one thing that makes this a wobble patch, let's set up the LFO for this sample.

I'll enable the LFO, and then set the destination to Amp, which will set the LFO to turn the volume up and down within a certain pattern. The pattern I'll choose is the Triangle wave. This is a very common pattern for wobbles, and it sounds great. And, before we move on, let's set the Sync of the LFO to on. This way, the wobbles will always be in time with the host clock. 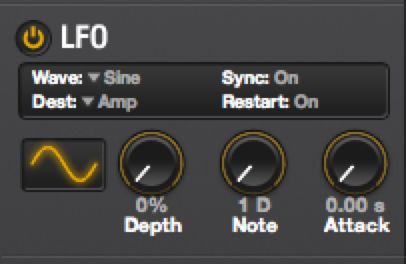 Now, you'll notice that I didn't set any depth to the LFO. And, we need depth to be able to hear the wobble. Well, why don't we use an XY pad for this.

Iris has a brilliant macro section hidden away under several panels. And, it makes wobbling very, very fun. To set this up. I'll first right-click Depth in the LFO section and select Macro Knob 1. 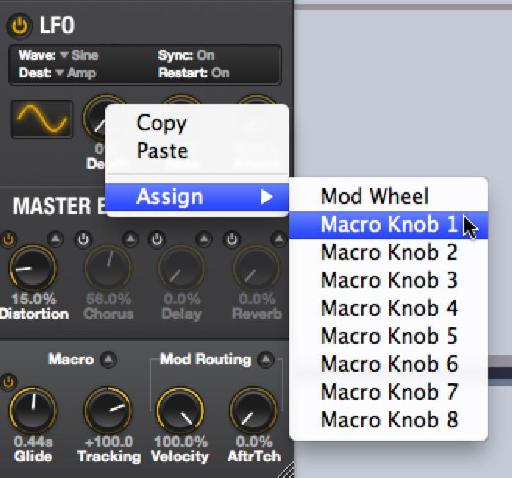 Next, I'll right-click on Rate, within the LFO section of Sample 1 and select Macro Knob 2. 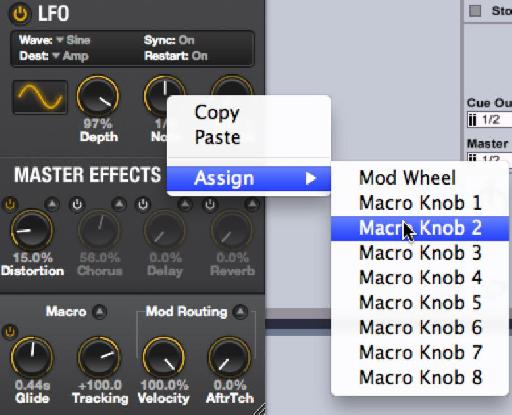 Now, let's visit the macro panel. I'll press the small arrow button next to where it says Macro in the Keyboard panel of Iris, and voila.

You'll notice the XY pad at the top of the Macro sub-panel. Try playing around with it now. We already have assignments made, it works! It's important to note that I chose macros 1 and 2 for a reason. Only these two macros work with the XY pad. I'd love to see Izotope change it where you can re-assign different macros to the XY pad, but this isn't in place yet. And, it's cool enough without it.

Now, let's go ahead and set up some effect.

Now, let's add some balls on top of the dirty thing we already have. I'll enable distortion and set the Master Effects send amount to 15%. I don't want to add on too much distortion, as this can blur the wobble a bit. 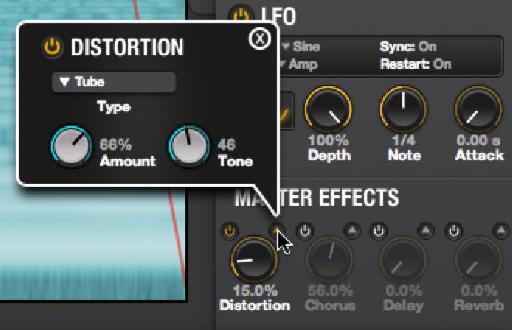 Alright, let's give it a listen...