When searching for new sounds, do you focus on the processors? Or is it the generators that make the difference? Bitwig Studio 4.3 is here, bringing space and tone, with a convolution device for real and imagined spaces, a new delay that loves the spotlight, and some downright electric components for synths.

The new Convolution device, can take any sound anywhere, even places that don't exist. All convolutions imprint sound with an "impulse," and Convolution comes ready-made with 270 of them, ranging from 12th-century cathedrals and legendary studio effects to more abstract "environments." Using the impulse of a room or hall creates a realistic reverb, but Bitwig's Convolution and content offers so much more.

You can easily adjust color and tone, or draw your own envelope to reshape the impulse itself. Plus, since Bitiwig support "true stereo" (four-channel) files as well as loading any audio as an impulse, you can drag and drop anything onto Convolution and see what impossible space you land in. 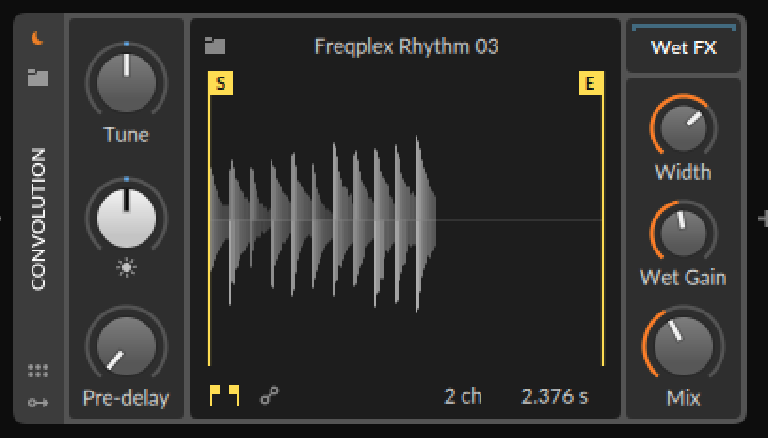 Delay+ is Bitwig's latest boutique audio effect. By balancing familiar controls along with a few thoughtful new ones, Delay+ can either add a little character or fully transform your sound as it ping-pongs along.

Set the delay in seconds or beats, then nudge each channel a few milliseconds for instant stereo. Pick from five Blur options to go from a lightly animated feedback to a full, blown-out reverb. A Ducking control keeps things under control by quieting your delay cloud when strong signals arrive.

Bitwig's nested structure allows you to drop Pitch Shifter, or Flanger+, or any VST plug-in into the feedback loop. So whether you just need a little slapback or a colorful wash of sound, Delay+ has you covered.

Polymer and The Grid use the same modules, so when something new comes along, everybody wins. For Bitwig 4.3, some analog-inspired goodies have arrived.

Two modules are new. Union is an oscillator that plays it straight, blending three waveshapes into one pleasant, drifting output. And for filtering, Low-pass MG honors Mr. Moog by imitating both his classic filter and mix buss.

But plenty of other features have also arrived. The Low-pass SK filter is now Sallen-Key, with 16 modes on tap. The Comb filter gained a Damping control for a touch of finesse. ADSR and two other envelopes now have added modes for Digital precision, or Analog simplicity and feel. Plus all filters get a Q Limit to rein in their resonance, and all oscillators have more phase mod range for more brittle, digital sounds. So whether starting a sound in Polymer or growing a world in The Grid, new sounds are at hand.

Nature doesn't draw straight lines or make static noises — and neither do the presets in the Perfect Drift sound package, released alongside Bitwig Studio 4.3. These synth patches embrace asymmetries and inconsistencies to approximate analog's imperfect beauty.

As always, a few more new features came along for the ride. 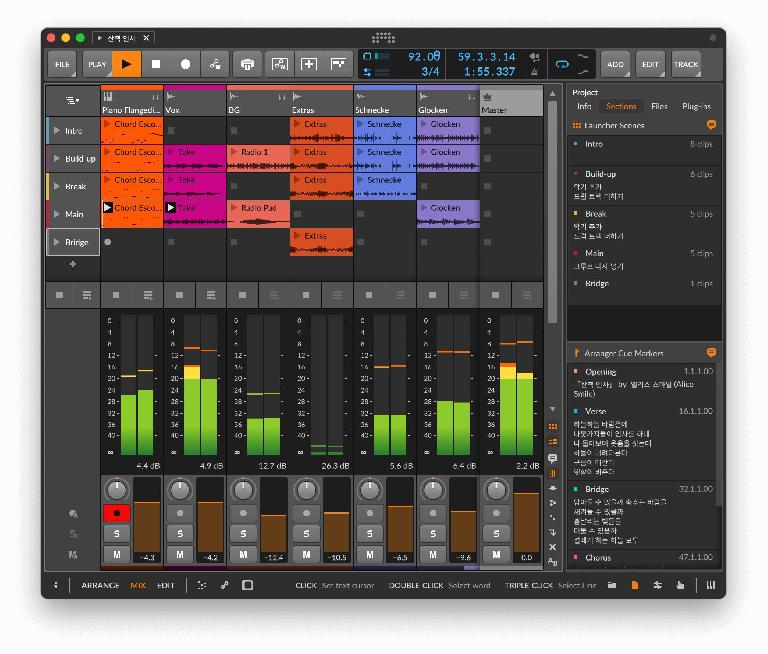 Comments can be freely added to tracks, layers, Arranger cue markers, and Launcher scenes -- in any language.

Become a Bitwig Studio Pro with these Ask.Video Courses