Despite the global pandemic, closure of factories and general mayhem, 2020 has seen some great, new MIDI controllers announced and/or released. Here's nine of our favorites (in no particular order). 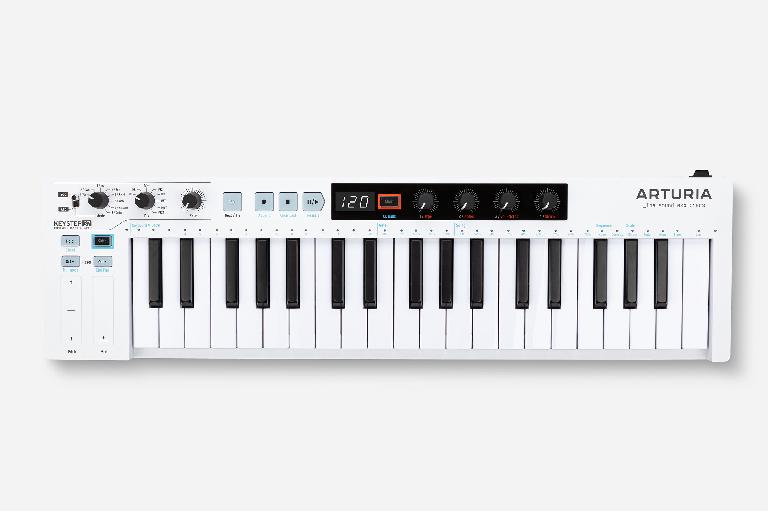 Producers are increasingly looking for more than simple MIDI control from their hardware these days. Arturia’s KeyStep 37 certainly has all the core features you need - 37 slimline keys with velocity, aftertouch and LED indicators, USB and DIN MIDI connections as well as CV / MOD in out for connection to modular gear. There’s also a 64-step sequencer and 8 modes of arpeggiation onboard as well as 16 assignable MIDI CC controls across 4 banks.

But what’s more unusual in a compact controller is the addition of a powerful Chord mode, letting you generate chord sequences using up to 12 chord types, and with a strum-style articulation option. There’s also Scale mode you can turn on to ensure you never play a note that’s wrong for the scale you’re in. That’s a lot of punch in a compact package. 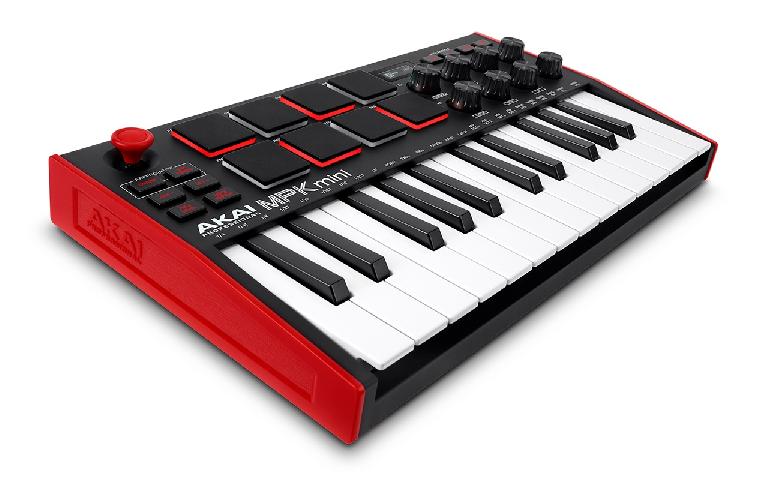 AKAI’s MPK Mini family gained a new member in 2020. Building on previous models, the design is sleek and refined, with 8 backlit performance pads with full level and note repeat, as well as 8 endless rotary knobs. Clever use is made of secondary functions so you can do plenty even from such a compact unit, and there’s a smart joystick for pitch bend and other parameter changes.

It’s small, cool and supremely fun and creative to use and also comes with MPC Beats, AKAI’s dedicated DAW which is designed to work seamlessly with the keyboard, although of course the hardware works great with any other MIDI gear too. You also get more software -  AIR’s Hybrid synth, Mini Grand piano and Velvet electric piano as well as a number of MPC Expansion packs. 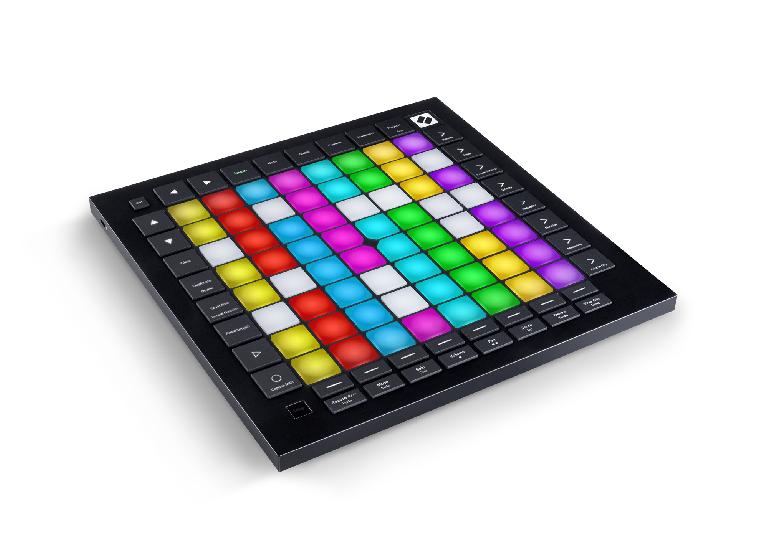 The third generation of Novation’s Launchpad Pro opens up the device even more than before to the wider MIDI world, as well as being supremely well-adapted to work with Ableton Live. With a refined design it has 64 backlit, colour-coded pads and is thinner and more sleek than ever before. Thanks to the Custom Modes feature you can use Novation’s app to build custom maps using drag and drop and adapt it for use with any MIDI hardware or software - even to both at the same time. It can also be used in standalone mode entirely without a computer if you wish.

The iRig Keys 2 is a compact MIDI controller with 37 responsive mini keys and a useful set of assignable controllers. It works with pretty much any device, with or without a computer if necessary and has a new audio out to connect headphones or speakers so it acts as a kind of half an audio interface. Powering over USB, it ships with Cubasis LE for iOS and SampleTank 4 SE for Mac and PC. A good choice for working across mobile and desktop systems. 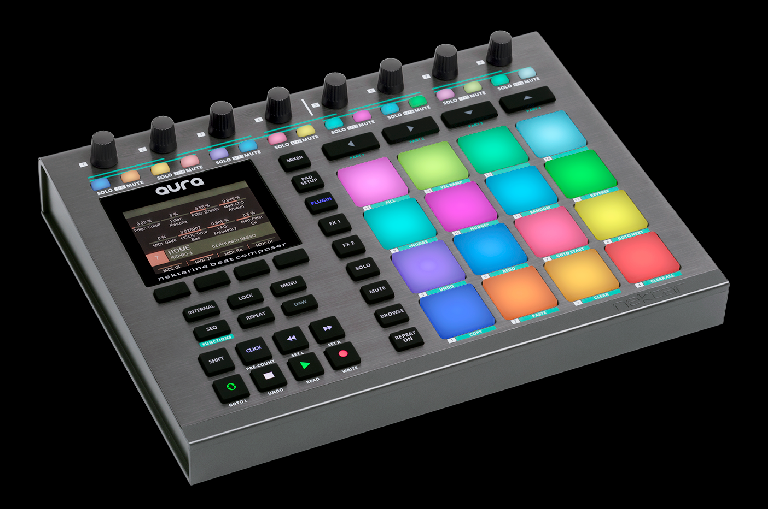 Nektar’s powerful Aura is actually a standalone beat creation and performance hardware instrument with 16 pads, multiple performance features and an onboard sequencer. But put it into “Internal” mode and it works as a self-contained, programmable MIDI controller over USB or MIDI plugs. Pads can send any MIDI note and pad pressure as well as the pot controllers can send multiple types of CC and other messages. The 7 transport switches and foot switch connections can control functions including MIDI machine control, play, stop and repeat.

Coming in sizes from 25 up to 61 keys, the third generation of Launchkey also comes in a new 37-key version. With full size keys (only the 25 now has smaller keys), fairly extensive DAW integration for all major software and a great build, it also has new Scale and Chord modes to aid your playing to add to its comprehensive set of realtime, programmable MIDI controls. The solid software bundle includes Live 10 Lite, Serato Sample LE, Spitfire Audio Expressive Strings, Klevgrand ROVerb and DAW Cassette, XLN Audio Addictive Keys and AAS Session Bundle so there’s plenty to get you up and running. 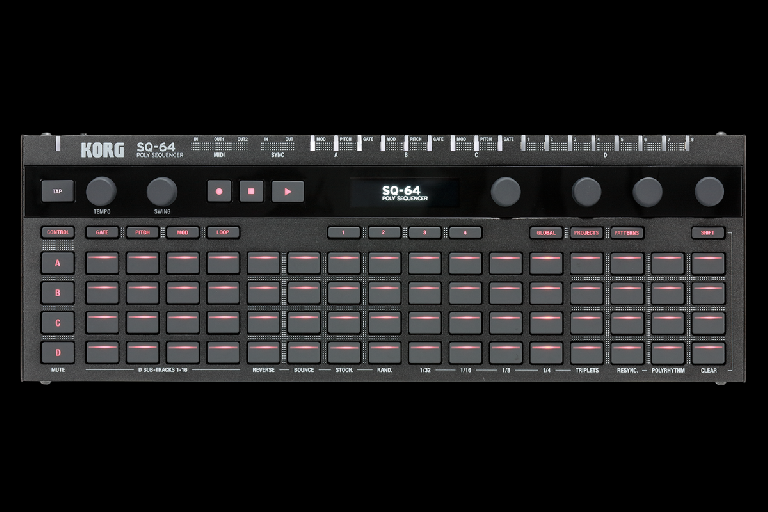 Announced in November 2020 and launching imminently, Korg’s SQ-64 builds on the success of the SQ1 and hugely expands on its capabilities. The SQ-64 is a 4 x 64 polyphonic sequencer with dedicated Pitch, Mod and Gate CV output on three melody tracks. Each of the 64 backlit step pads incorporate graduated LEDs to indicate control level, while a crisp OLED screen displays an at-a-glance look at details. The functions of the 64 pads include a Keyboard mode that lets users play and record in real time. 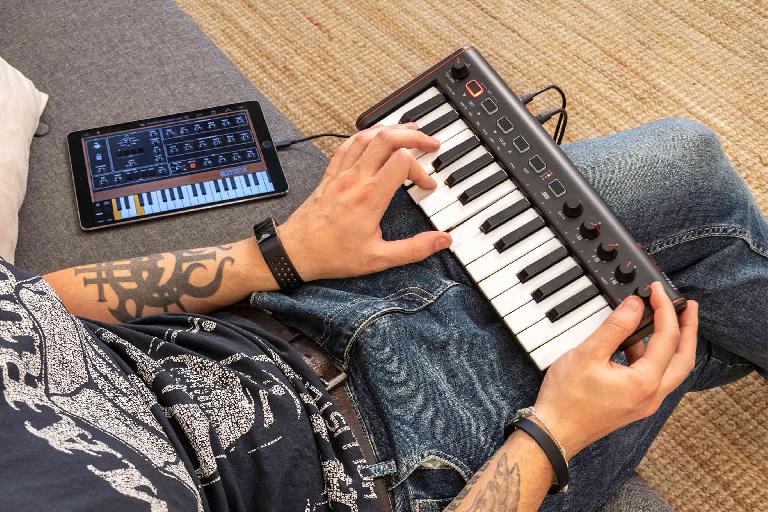 Designed for supreme portability, IK’s smallest new keyboard of 2020 can be used with desktop or iOS systems, sending MIDI over USB or in and out via its mini connectors, with adapters supplied in the box. There’s also a headphone output, meaning you can monitor from your iPhone or iPad easily while recording MIDI. A generous software bundle gives you everything you need to make music.

One of the biggest controllers released in 2020, Roland’s full size 88-key model has a supreme playing action for demanding performers, as well as advanced realtime performance controls, memory banks and compatibility with MIDI 2.0 and USB-C for future-proofing. Control mapping is easily set up and managed via the Mac and PC app. Despite its length, the controller is quite shallow, making it easier to fit in your studio space.