Kontakt-based instruments just keep getting better, and 2018 saw some of the most ambitious and great-sounding releases ever. Here are the boldest and best Kontakt instruments of the year.
Learn about composition, sound design and making your own Kontakt instruments: https://ask.audio/academy?nleloc=category/audio/application/kontakt Hypernode for Kontakt, from Rigid Audio, is one of the most innovative instruments we’ve ever come across. A fully-featured, modular electronic music arranger and a collection of over 300 Kontakt multi-instruments, it weighs in at 12GB of content. The unusual thing about Hypernode is its ability to let you create not just patterns but also songs inside Kontakt. The arranger section at the top lets you create multiple song sections, each consisting of fully configurable sequencers. You can reassign any instrument using the dropdown menu on a track, and change the way the sequencers operate - chords, panning, pitch and so on - to take full control of what they’re affecting.

Sonically, it’s very versatile. The sheer number of instruments and multis on offer plus the infinite ways you can shape and program them means it really is mind blowingly flexible. A wide range of sounds are covered from ambient through house, techno, retro and more, and grouped by category. They’re all extremely usable, and fit together very well when layered together - and that’s before you have even started modifying them. 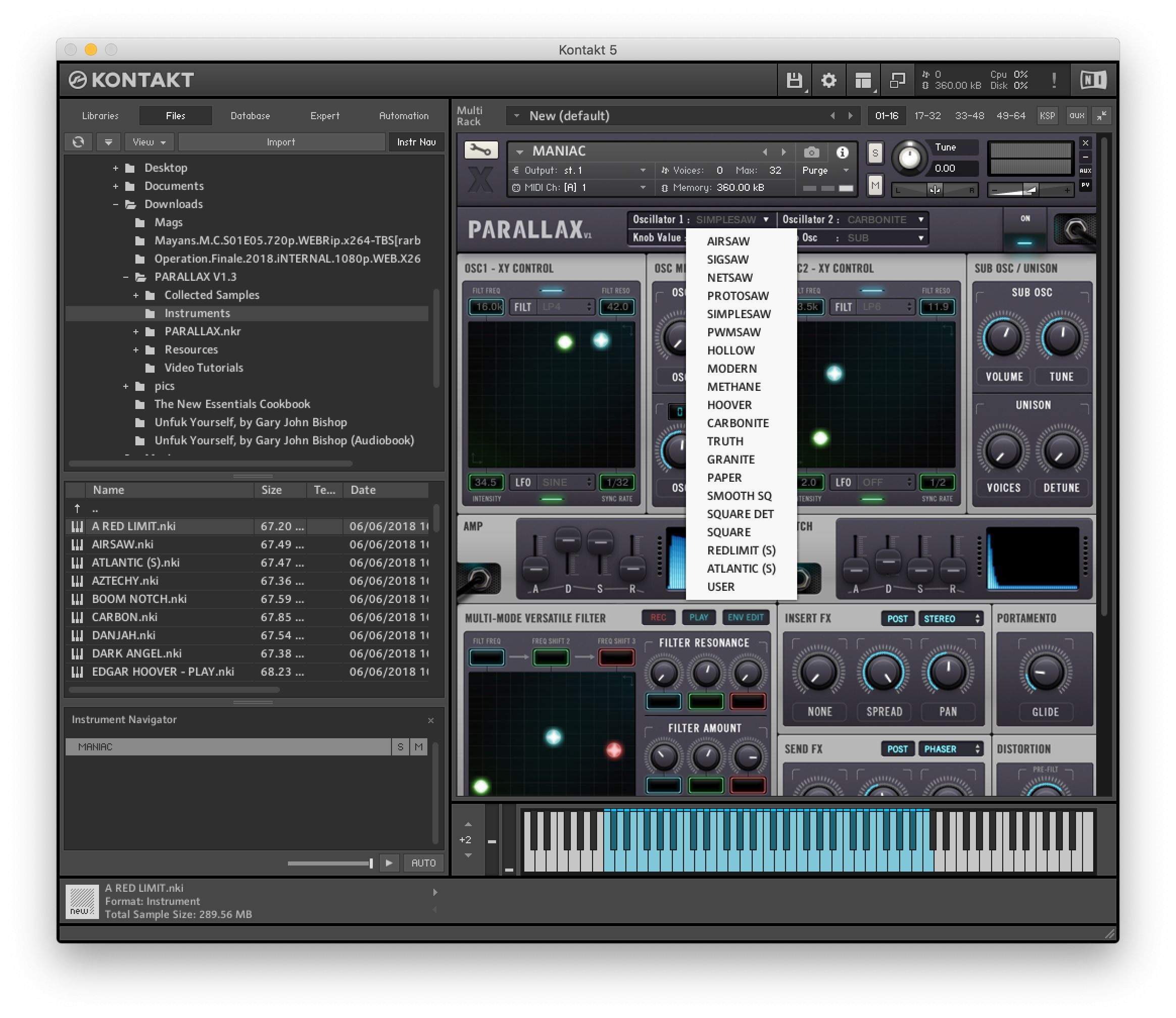 Legendary drum’n’bass outfit Drumsound and Bassline Smith decided in 2018 to put all their production knowledge into an instrument - and the result was the amazing Parallax Kontakt Bass Engine. With a small footprint of 350MB, it has two oscillators - each main oscillator has its own XY pad which you can use to manually tweak filter and LFO settings, with a choice of 24 filters and 9 LFO shapes available per-oscillator. It’s easy to change filters, add LFO for movement and tune and mix the two oscillators. A sub oscillator is available too, as well as unison stage for a really fat sound. Its bass patches are quite simply enormous - terrifying, searing, groundshaking monsters. They are clearly designed to be a lead instrument and not just accompaniment. 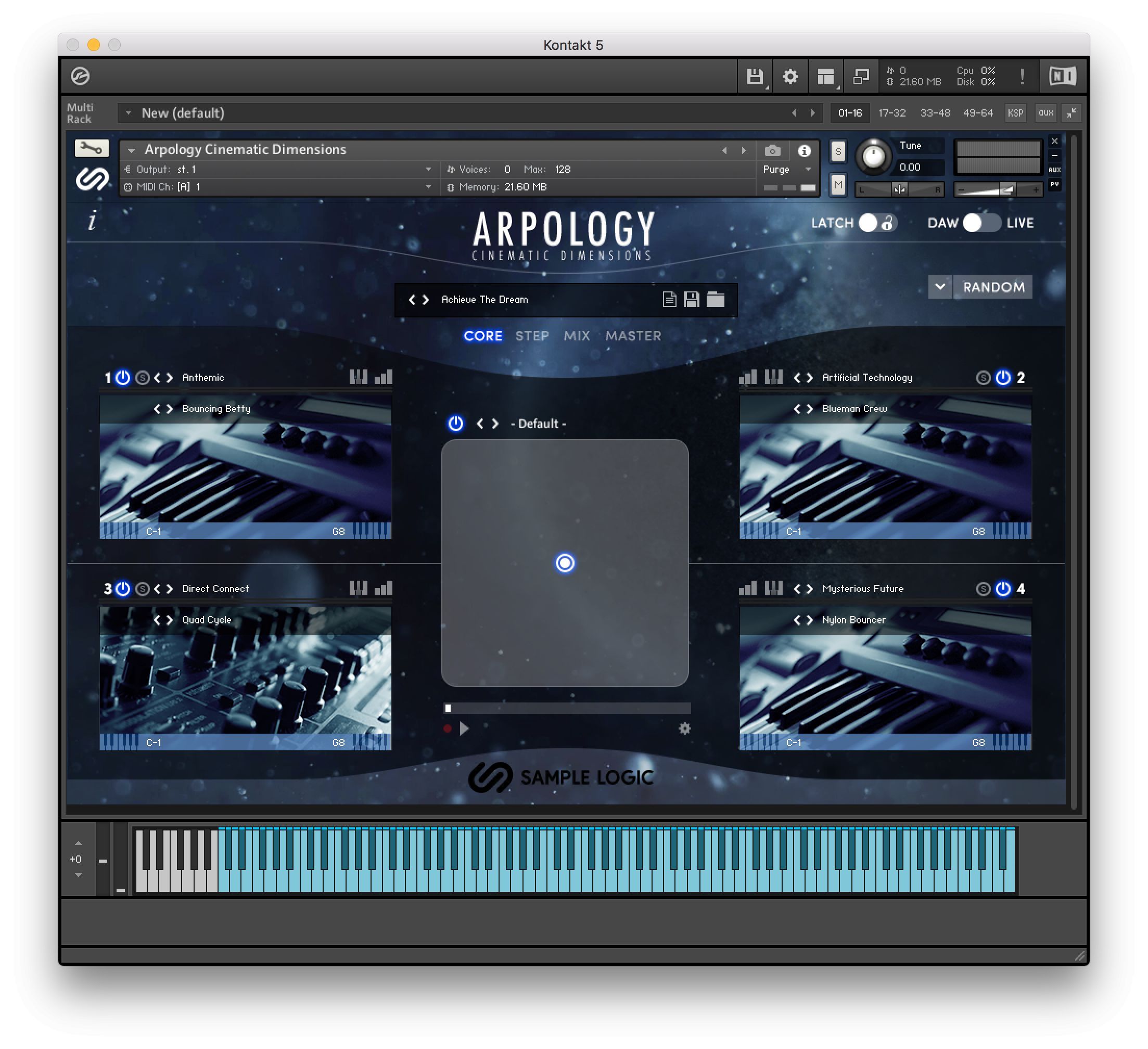 Weighing in at a whopping 23GB and requiring the full version of Kontakt, Sample Logic’s latest mega-instrument sets a new bar for what’s possible using Kontakt scripting and contains over 1200 presets, quadrupling the power of the original with four cores (for sound generation) allowing users to blend up to four instruments while using different arp patterns at the same time. Sonically there’s a huge range of sounds available to load into cores and each one is extremely malleable - add step animation, effects and change the mix and between these many options you can create almost any kind of sound you can think of from ethereal and small to massive, pulsing and multi-layered.

Arpology Cinematic Dimensions is a remarkable achievement, greatly expanding on the abilities of its predecessor. It’s quick and easy to use - the presets are certainly cinematic in nature, and can be swiftly modified with a few clicks and sliders to suit your particular requirements. And on the other hand, you can go into vast detail tweaking the smallest detail of a sound core, and of course of the way the four cores are blended to produce the final sound.

Thematically, this instrument covers a great many bases as far as scoring is concerned, and will provide a very solid foundation of sounds, sequences and textures for anyone working in the world of music for games, film, tv and similar disciplines. 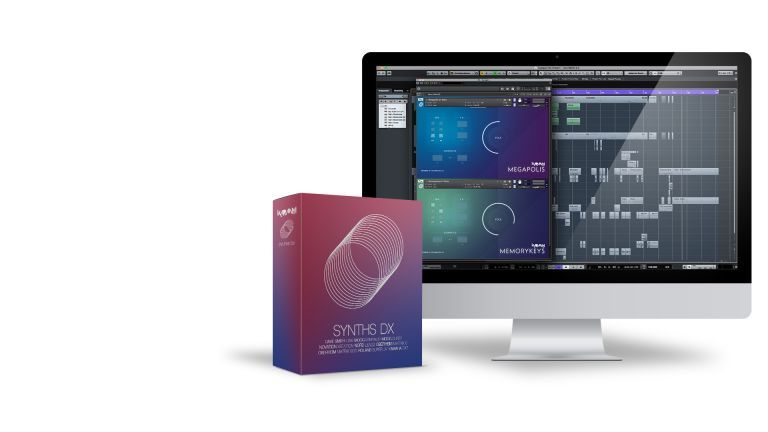 Kontakt instruments can be affordable as well as big and expensive, and one great example is Synths DX from Karanyi, a collection of inspiring sounds for creating subtle cinematic atmospheres, deep, wide sci-fi pads for film, video games, ambient and synthwave music production. With its 60+ instrument presets you get a palette of colors for your next track. The boutique library contains 9 analog and pcm synth gears such as Dave Smith OB6, Moog Minitaur & Sub37, Novation X-Station, Nord Lead 2x, Oberheim Matrix 6 & 1000, Roland Super JV & Yamaha DX7. SYNTHS DX collection recorded and designed in Budapest and Los Angeles during the summer of 2018 with UA and Focusrite preamps. Its 1600 samples take up 2.7 GB of space. 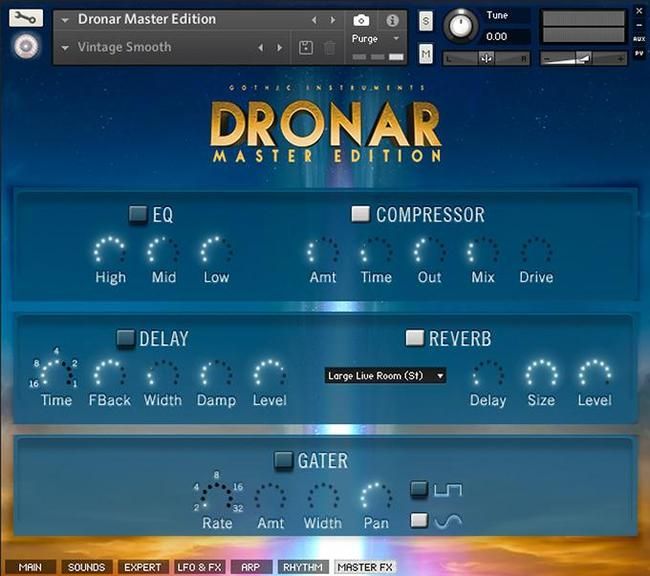 Gothic Instruments gathered all eight of its existing DRONAR libraries into one, and gave it a streamlined and updated interface. DRONAR Master Edition weighs in at a whopping 50GB and contains over 2000 presets. Aiming to be a one-stop shop for composers, scoring and sound designers everywhere, it brings together the content from the first eight Dronar modules — Hybrid, Guitarscapes, Live Strings, Dark Synthesis, Cinematic Atmospheres, Vintage Synth, Brass and Metal & Glass and gives them a fairly simple and easy-to-use interface.

Sonically, each of the DRONAR modules is a kind of soundtrack-in-a-box, though with differing characters. Combined here, they make the Master Edition an absolute treasure trove of textures, ambiences, leads, rhythms and atmospheres. Composers or soundtrack designers of any level and in more or less any genre will find much to suit them. It manages to strike a balance between being very detailed - tweak and blend the layers to get just what you want - while also keeping its controls simple. For anyone working with cinematic sound design, this could be the only instrument you need to buy. 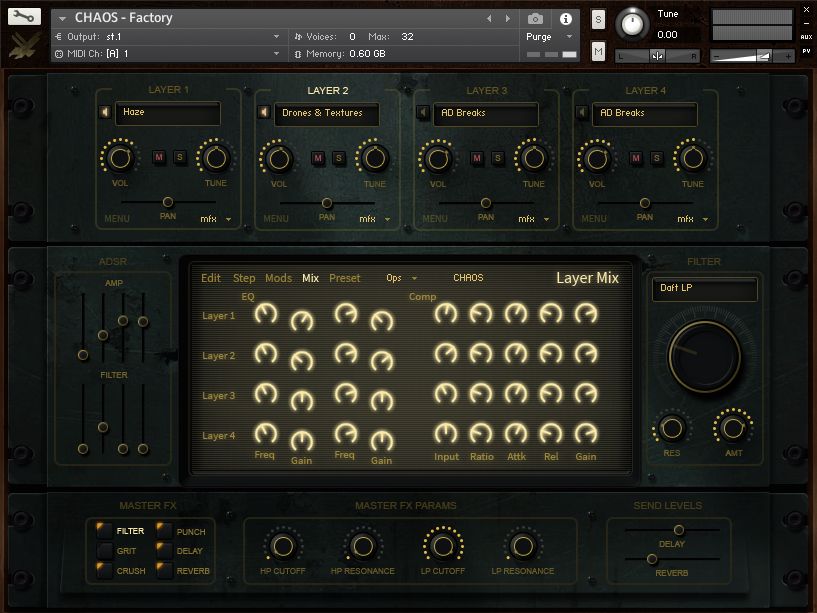 Project Chaos features HybridTwo's most advanced UI to date while sticking with their philosophy that ease of use is king. With this Kontakt instrument, you have access to 4 layers, each with their own advanced step sequencer, featuring per-step sub sequencers for volume, sample start, tuning and pan. Add to that their custom scripted modulation matrix featuring 2 LFOs and 2 Sequencers and the rhythmic possibilities are crazy — and also easy to achieve.

Users can easily edit patterns and phrases within the interface or drag them to the host digital audio workstation as MIDI files for more in-depth customization. Instruments are available individually and as part of ensembles that include stylistically complementary sounds. With the ensembles, users can blend sounds via familiar mixing controls then polish with EQ, width, and compression. 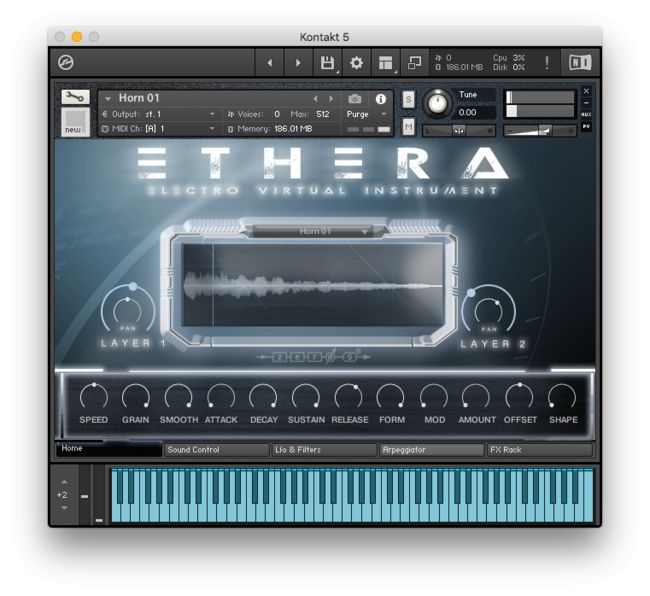 Described as an all-in-one tool for soundtracks, games and other sound design uses, iZero-G’s Ethera AVI weighs in at a hefty 18GB and consists of four main instrument categories: Vocal True Legato Instrument, Vocal Phrases Instrument, Vocal Builder and EVI Synth.It  kind of does several things. It’s a lush and powerful vocal instrument with the ability to let you construct phrases and sequences. It’s got 1GB of electronic drum loops, a full wavetable synthesiser with sample grain control, extensive sound shaping abilities and even an acoustic 1928 piano instrument thrown in for good measure. It’s something of a one-stop shop for soundtrack composition duties. You might normally expect to pay at least twice as much for an instrument with this much scope. For anyone composing for games, film or TV then, it’s absolutely worth a look, especially at the price.