We’re going to go straight into the video for this one, dispensing with any… well… some superfluous verbiage from yours truly, in favor of getting a sneak peek, albeit a blurry one, of the new hardware synthesiser from Behringer.

And yes, the shot below, is the least blurry and most detailed we can find right now: 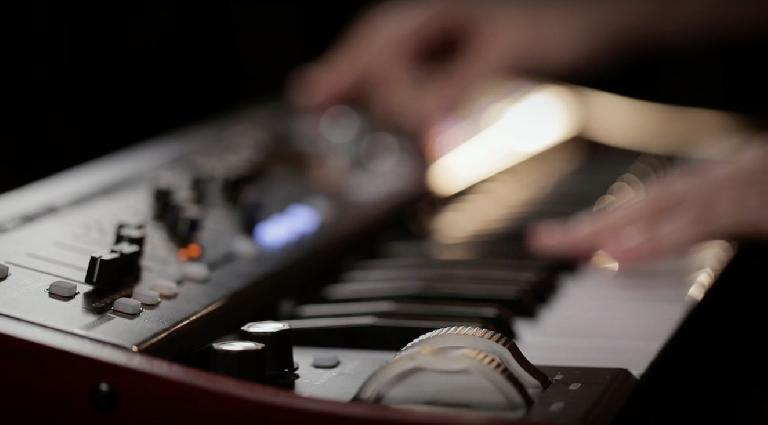 We were led to believe by sources I cannot name, for fear of reprisals from inside the industry, that the Behringer synthesizer might be released last January at NAMM 2016. Evidently, it didn;t happen. Musikmesse passed. No word. Summer NAMM came and went… no new news.

Now while we have very few details (read: none, really), we do know it’s an analog polysynth. Apparently, it’s “not an Arp Odyssey clone and leans more towards Roland than Moog in character”. Taking a look at some of Behringer’s products to date suggest the synth will be in a lower price range, which should make it more accessible, and we hope the quality won’t be sacrificed as a result. But again, you know as much as we know now.

Stay tuned to AskAudio. We’ll bring you any more info on the new Behringer synthesizer as soon as we know more.

Web: http://www.music-group.com/brand/behringer/home (there's no news about this on the official websie yet)