Language
I fee like we're edging closer to some definitive details and a name (which would be nice) for the analog polyphonic Behringer synthesizer.Â Teaser video 4 reveals it is a dreamy 12-voice synthesizer.

Yesterday Uli Behringer revealed that his company is in the process of creating an entire synthesizer division! And today just minutes ago Behringer released their 4th teaser video for the new syntheizer:

We're given more sound examples and it's described by band, Vile Electrodes, as having a sound somewhere inbetween an Oberheim and a Juno, "which is really nice". They go on to explain that it has "an organic sound... and makes you want to start writing something".

A brief moment on screen reveals the new synthesizer as a "12-Voice Analog Synthesizer". And I really am liking the sound snippets we're able to hear in the video. 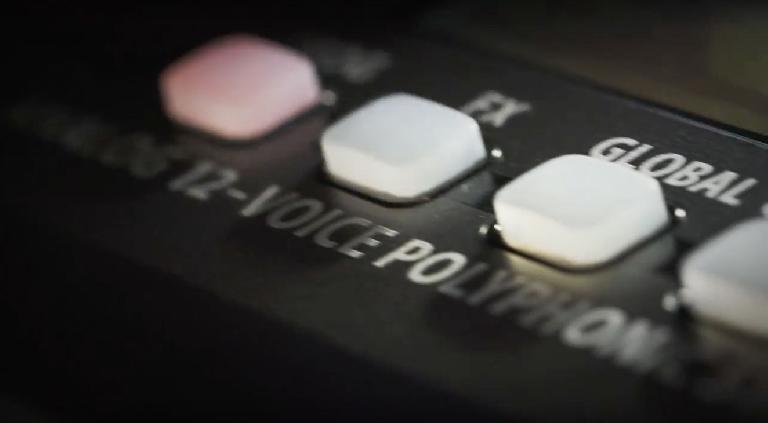 Richard Devine feels that the new synthesizer from Behringer can handle both musical creation and experimental sound design too, describing it as, "very impressive right off the bat."

So now we just need a name, a release date, and a price. Come on Behringer, put us out of our synth misery already! ;)

So, what price tag do YOU think this 12-voice, analog poly synth will have?

Learn all about synthesis and different hardware and software synthesizers in The AskAudio Academy here.