Taking its cues from its own popular BCR2000 MIDI controller and sequencer from 15 years ago, Behringer have unviled the feature list fo the upcoming BCR32. This could be a big hit.

On the 9th January Behringer announced they are planning to re-introduce their very popular BCR2000 MIDI controller. This time they put out to music community the BCR32, the reimagined BCR2000 in collaboration with Zaquencer, which means a powerful, built-in sequencer.

Behringer announced this new BCR32 is probably going to be offered for just $149 USD. 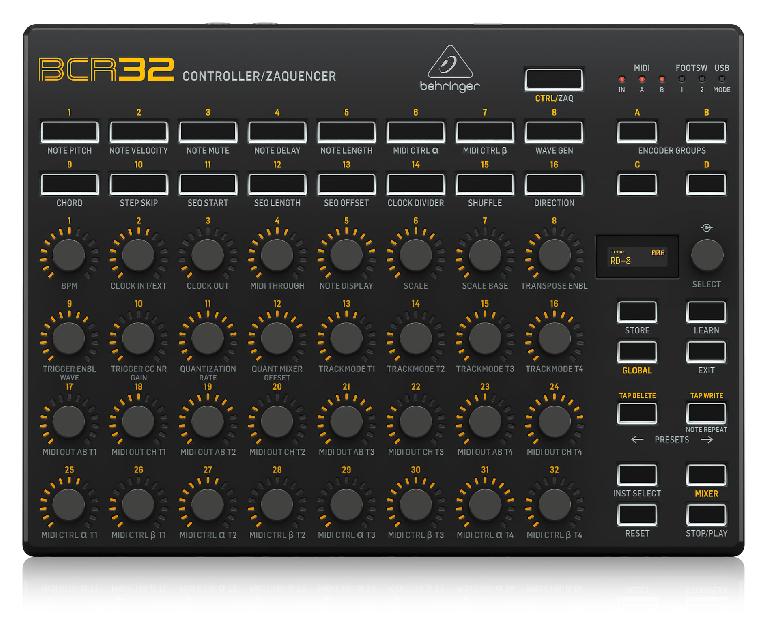 A few hours ago and 6.5K positive reactions from their initial post, Behringer announced the features for the PCR32, USB/MIDI Controller/Sequencer with 32 Multi-Purpose Encoders and Polyphonic 32-Step / 4-Track Zaquencer:

"Do you know that the original BCR2000 is actually 15 years old? The original designers Bert and Thomas are still with us and thrilled that their baby gets a second life. "