Language
Uli Behringer continues to rock the synthesizer industry with news of plans to create clones of two more synth classics, the ARP 2600 and the OSCar. Here's what we know now.

If Behringer's Deepmind 12 and the upcoming $400 desktop version of the desirable Minimoog Model D synths already got you excited, then you're going to need to sit down before reading on...

Uli Behringer has revealed that there are indeed more synths on the way. He states that they will "be creating both innovative new synths as well as reviving classics." It appears they certainly have the manpower and desire: Behringer currently "have 4 synthesizer development teams simultaneously working on 20 synths". So it seems we're in the midst of a giant shake up in the industry right now. This may well be the great democratisation of hardware synths in process. Especially when you consider a Minimoog clone for $400 as opposed to Moog Music's Minimoog Model D that retails for in excess of $3,700!

So what's next on the list? Uli, on Gearslutz, has confirmed they are interested in the ARP 2600 (this has been one synth much requested from Korg since they re-issued the ARP Odyssey) and the OSCar. Here's what Uli says:

"Aside from the Oscar synth, I can confirm that the 2600 is high on our priority list as it is a truly remarkable synth; I always wanted one for myself:-)

"We are currently trying to acquire an original unit for benchmark purposes. We hope we will be able to show you a first design draft within the next few weeks, while we're studying the circuit diagrams to provide you with an estimated retail price. Once ready we will reach out to you to see if there is enough interest."

The ARP 2600 is a semi-modular analog subtractive synthesizer that first saw the light of day in 1971. It was famously used by sound designer Ben Burtt with his own voice, to create the voice of R2-D2 in the Star Wars films, and was also used in Indiana Jones: The Raiders of the Lost Ark. 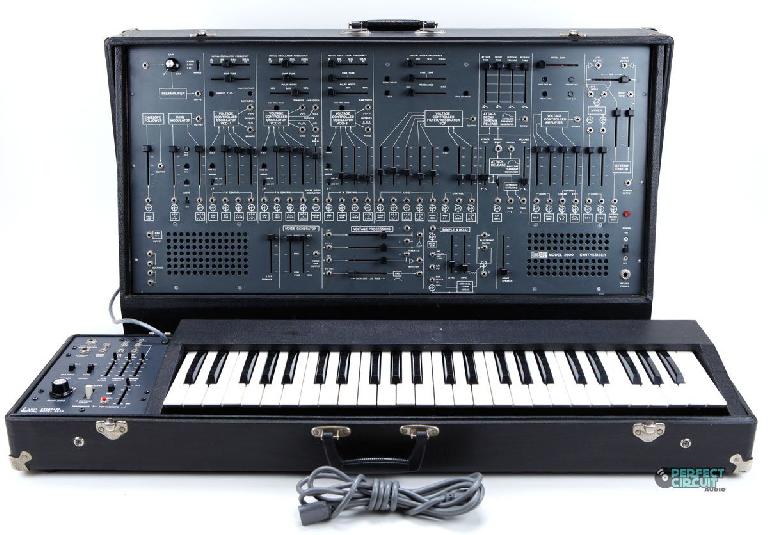 The OSC OSCar (made by the Oxford Synthesizer Company in 1983) was a monophonic synth with MIDI, which was unsual at the time, but that's not its only unusual feature. What marked it out from other synths of the early 80s was its digital oscillators and control system. The oscillators featured the usual subtractive synth wave shapes like triangle, sawtooth, square and a variable pulse-width modulation. However, the digital system provided additive synthesis. And two oscillators could be played together monophonically or duophonically. It also features a basic sequencer.

So we're going to have wait a matter of weeks to see what Behringer decide to do with their recreations of the ARP 2600 and OSCar. We feel their plans for the Minimoog Model D are an indication that aesthetically, for these classic recreations, they'll design the faceplates to look and feel quite similar to the originals.

As for price: well, we imagine Behringer will continue to push for the most affordable price point possible for all synths they make. Stay tuned to AskAudio. As soon as we know more... you'll know more!