Back To The Buchla Future

Longtime Buchla user, synth expert and publisher Steve H reflects on his musical journey with these unique instruments and where he thinks the future of Buchla lies...

Buchla USA announced new products a few weeks ago and as a long time Buchla Artist I decided to take a deeper look at what these instruments were all about and what they mean to me.

There’s the 208c “Command Module” with its Easel roots and the reissue of the legendary, primordial 100 Series modules. So what are we to make of this? These instruments were introduced in the middle of the last century! Do they have relevance 50 years on?

I own a a BEMI Easel (the original reissue 208 Stored Program Sound Source) with the iProgram card and a Skylab encased 200e. They’re my instruments of choice and I perform with them all the time. I bought my Easel not because of its retro-ness. I bought it because the 208 packs a lot of creative punch and its 218e keyboard it very musical. I even dig the Easel’s indestructible 70s “American Tourister”, gorilla-proof suitcase format.

So I was wondering why do we need yet another 208? To answer that question I spoke with my friend and legendary Buchla designer & musician Joel Davel. Joel worked very closely with Don designing instruments and is currently Buchla USA’s lead designer. Nobody knows Buchla inside and out like Joel. This is what I learned about the new 208c/Command Module.

The Buchla 208c is much more than a simple remake. It’s a complete redesign with new future-proof circuit board packed full of advances that elevates the 208c and transforms it into a very useful, playable, great sounding, MIDI controlled tabletop all-in-one all analog instrument at a competitive price. And, it’s a Buchla! They were also able to cut down on its physical depth which allows it to fit into most any Buchla modular boat. Since I’ve always wanted one in my larger system, I’m all over that one. Here’s what Joel said:

"So before everyone gets confused let me clear something up regarding the nomenclature. The 208c is the module alone. You can put it in most any Buchla boat. The 208c and the custom tabletop case together (as a standalone) is called the Command Module. Think of the 208c as the reinvention of the upper half of the Easel or, shall we say, the Easel without the 218e Touch Activated Voltage Source. Is that clear? And the Command Module is designed to be compatible, with full MIDI implementation, with any MIDI device you can connect it to." 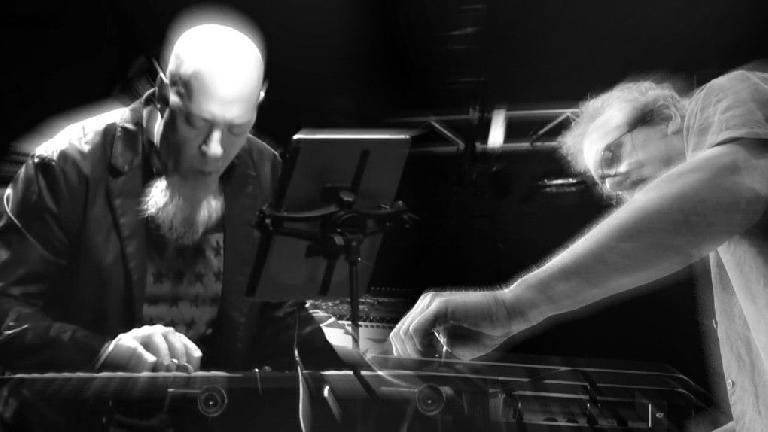 This is the “Easel” that everybody’s been waiting for. It’s got all the features that’ll make Buchla modular players happy and it’s Eurorack and MIDI compatible which makes it a “must own” for everyone who ever wanted a standalone desktop Buchla! I can’t wait to get my hands one to do an in-depth review.

Back The 208c On Kickstarter

Now let’s put on our bell bottoms and leather fringed jackets, drop some acid and travel back another decade to the 60s to experience the new San Francisco Tape Music Center 100 Series modules!

I have to admit as one who learned synthesis on Michael Czajkowski’s original San Fransisco Tape Center system as a student at the Aspen Music Festival I was totally skeptical when I first heard about this project. My first Buchla system was a 200 Series made specifically for me by Don. And yes, it had a MARF. And as a 200e Buchla artist I smugly shrugged when I heard about the “new” 100 Series stuff and asked myself, “who in the world would want 100 Series modules in a 200e world?”

But then I remembered the days I spent patching these instruments under the stars in Aspen, I remembered their rich, raw sound and I suddenly warmed up to the idea. You see, the 100 Series has a completely different sonic palette than the 200 and 200e Series. They didn’t have low pass gates in those early systems just simple gates. The filters were as dry as the Colorado air. That’s because there wasn’t a hint of resonance like the “wowing” filters of other “synths”.

The oscillators were simple raw sine/square/saw without any wave folding or timbral shifting. I really loved the purity of the original 100 Series. What I’m saying is that I’m feeling a tremendous amount of nostalgia for the sound of the original Buchlas. It’s not that they were better or worse. Just different. It’s not the Buchla “sound” most everyone is accustomed to. But get this: it’s the sound that captured the imagination of the west coast pioneers of electronic music. And there’s a reason for that: those 100 Series modules sound great! 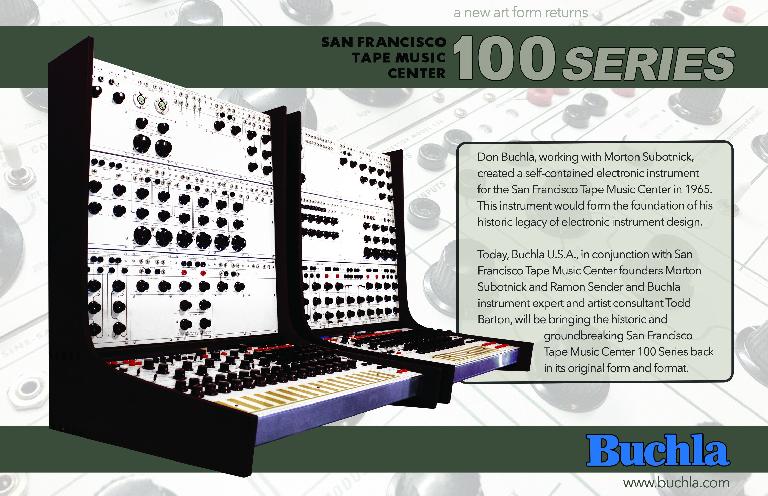 Currently the synth world is flooded with 100 Series imitations made by industrious DIYers from all over the world. I’ve been told that some of them, perhaps many of them, are pretty good. But I support Buchla USA and its goal to invigorate the quality and preserve the legacy of the Don Buchla designs by jumping into this vintage marketplace with REAL, factory-backed reissues of this venerable San Francisco Taper Center 100 Series modules.

I keep hearing adages like “what’s old is new again” or “the more things change the more they stay the same”. Well in this case both of those are true. We are all lucky to be living in a musical world were there are so many diverse sonic palettes available for exploration. Enjoy the possibilities and make some wonderfully weird and enticing electronic music with these new Buchla instruments!

"Steve is the Executive VP and Publisher at NonLinear Educating, Inc.. His career encompasses a wide spectrum of the music universe. His TV scoring credits include more than 350 episodes, encompassing such award-winning productions including PBS's acclaimed, Reading Rainbow for which he composed the iconic "Butterfly in the Sky" theme s..." Read More