A fully hands-on way to craft and create electronic beats, the ADS7 from AVP Synths is truly an old school instrument. Rishabh Rajan put it through its paces in this video review.

Watch the video review below, and read on for more information and opinion.

The ADS-7 Analog Drum Synth from AVP Synthesizers has made it to the United States. No collusion here between Russia and USA, as this drum synthesizer is completely designed and manufactured in the Russian Federation. AVP Synths is a relative newcomer in the hardware synth world though their products have been used by people like Jean-Michel Jare, Karl Bartos of Kraftwerk and Phil Hartnoll of Orbital. 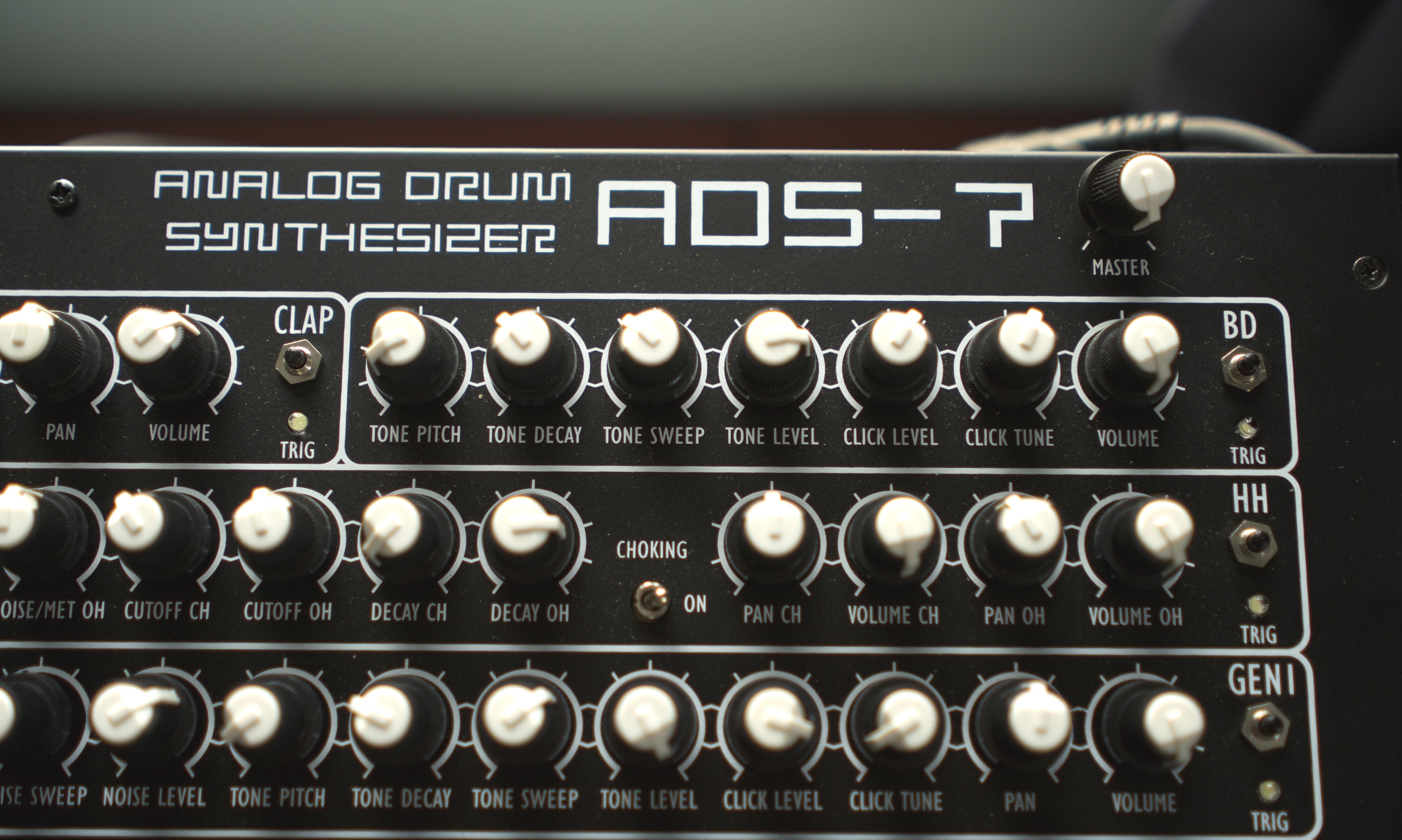 The ADS-7 drum synth is relatively straightforward in its design, with the main focus on giving users control over the sound design aspect of drum programming. With a whopping 65 dedicated controls, 4 switches and 28 buttons, you get complete analog control of the machine. There are 7 parts: Bass Drum, Clap, Open Hat, Closed Hat, Gen 1, 2 & 3. The three generators can be used to create toms or any other type of alternative percussion element.

Each drum sound has two main elements to it - a noise and tone. With the 65 knobs you get to control various aspects of both. You can choose to have the two hi-hats choke each other or have them overlap. Each part has a manual trigger button to audition the sound but unfortunately it can’t be used to record in the part. The step buttons is the only way to add to a pattern. 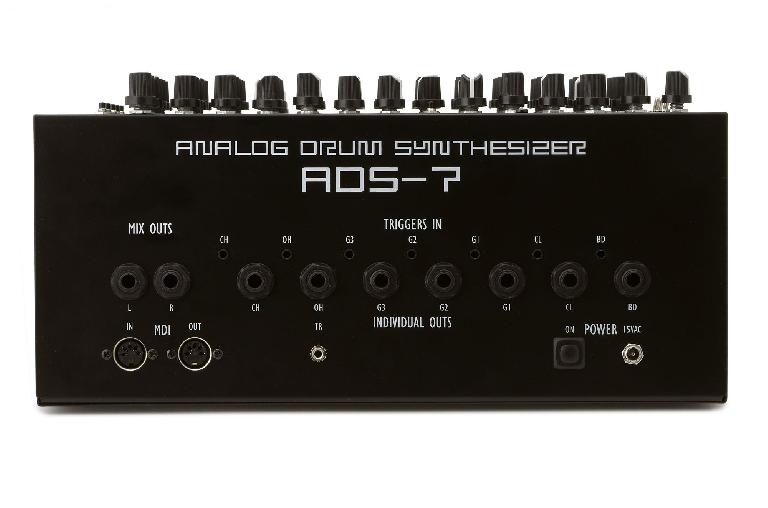 The sequencer is quite bare-bones. Its a 32 step sequencer with 16 buttons and a 1-16 or 17-32 step select button. There is a global tempo control knob, but tempo can also be externally controlled via MIDI clock input. The patterns created can be stored in the synth but aside from that there isn’t much functionality with the step-sequencer.

The ADS-7 has a stereo output so most elements aside from the kick can be panned in the stereo image. There are also dedicated outputs for each of the 7 parts. There is one additional trigger output which has a separate slot in the sequencer. So you can combine the ADS-7 patterns with at least one external machine. Each of the 7 parts can be externally triggered via the 1/8 inch trigger input or even from standard 5 pin MIDI connectors. 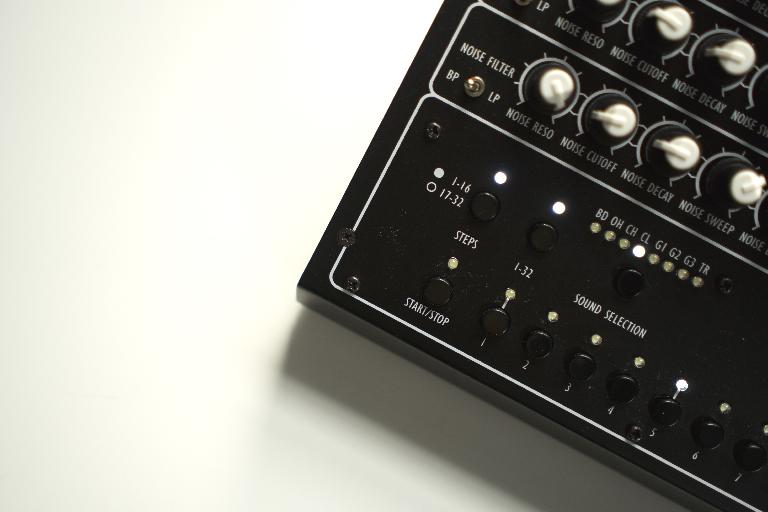 One of the best aspects of the ADS-7 is the immediacy of its controls. There is no menu diving involved and almost no need to go though the manual. Elektron makes some excellent sequencers and drum machines but I have always been wary of the steep learning curve with their devices. The ADS-7 is a straightforward analog drum synth with a basic step sequencer. If you like analog drum sounds, then this is a great option. If you like the creative sequencing controls that is typically seen on modern sequencers and digital drum machines, then this might not be the machine for you.

Pros: Excellent sound and very easy to use

Cons: Not many sequencing options