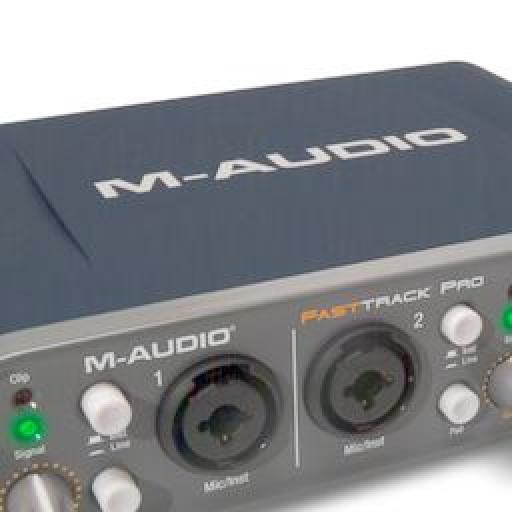 Language
The world is not a certain place from one day to the next, and change is in the air for the audio industry following today's surprise announcement by Avid and inMusic (Akai, Numark and Alesis).

Well then, here's an interesting announcement from Avid, the company behind Pro Tools. According to their press release (see below), Avid are jettisoning a number of their popular product lines in order to "streamline and simplify operations" and focus more closely on their professional user base.

Of particular surprise is that while the prosumer music market appears to be growing, especially amongst tablet users and computer hobbyists, Avid are selling off M-Audio and Air Software to inMusic (the parent company of Alesis, Numark and Akai). Also, Corel Corporation will be the new owners of Avid's consumer video products, including Avid Studio, Pinnacle Studio and the Avid Studio app for iPad.

From the combined sale Avid estimate a return of about $17 million.

So what does this mean for the end-user? With one of the big players in the audio industry making cuts and focusing on their pro users should we expect to see a less integrated and open version of Pro Tools in the future, with a focus on high-end studio users? Or perhaps this spells the exact opposite, and we are likely to see Pro Tools traveling deeper along the open / native path which version 10 has embarked upon.

Either way, it'll certainly be interesting to see how M-Audio and Air software products are integrated into the inMusic product range. My initial feeling is that eventually Akai/Numark/Alesis will become the most significant company for audio accessories and DAW hardware controllers, DJ controllers and audio interfaces for the prosumer musician… Time will tell exactly how much of an impact this acquisition has, but it certainly is intriguing. What do you think?

Below is the full press release from the Avid site:

Today Avid® (NASDAQ: AVID) initiated a series of strategic actions to focus the company on its Media Enterprise and Post & Professional customers and to drive improved operating performance. As part of these actions, the company is divesting its consumer businesses. With these changes, Avid will concentrate on core markets where its deep domain expertise, track record of technical innovation, and strong brand offer the greatest opportunity for success.

“The changes we are announcing today make Avid a more focused and agile company,” said Gary Greenfield, CEO of Avid. “By streamlining and simplifying operations, we expect to deliver improved financial performance and partner more closely with our enterprise and professional customers. Our objective remains to provide these customers with the innovative solutions that allow them to create the most listened to, most watched and most loved media in the world. I'm excited about our future prospects.”

Avid has agreed to sell its consumer audio and video product lines. The company's consumer audio products are being sold to inMusic, the parent company of Akai Professional, Alesis and Numark, among others. Headquartered in Cumberland, Rhode Island, inMusic's brands are best known for producing innovative products for music production, performance and DJing. The products involved in this transaction include M-Audio brand keyboards, controllers, interfaces, speakers and digital DJ equipment and other product lines. Avid will continue to develop and sell its industry-leading Pro Tools® line of software and hardware, as well as associated I/O devices including Mbox and Fast Track.

Separately, the company's consumer video editing line is being sold to Corel Corporation, a consumer software company headquartered in Ottawa, Canada. The products involved in this transaction include Avid Studio, Pinnacle Studio, and the Avid Studio App for the Apple iPad®, as well as other legacy video capture products.

The divested product lines contributed approximately $91 million of Avid's 2011 revenue of $677 million. As part of the transactions, certain employees of Avid will transfer to each acquiring company. Avid estimates that the proceeds from these transactions will be approximately $17 million, subject to closing inventory adjustment, with a portion held in escrow. Both transactions are expected to close today, July 2, 2012.

Avid also plans to reduce the number of its employees as it streamlines operations, with approximately 20% of its permanent employee base impacted by the divestitures and headcount reduction plans.  The company currently expects to incur a restructuring charge of approximately $19 to $23 million related to these actions and other associated measures.

The company's cash balance on March 31, 2012 was $49.7 million. The proceeds from the sale of these product lines should offset most of the restructuring charges paid in 2012.

Gary Hiebner
Very interesting. You never know what to expect with Protools. First its a closed system with specific hardware needed, then its an open system that can work with any audio interface. Now this...

They always keep us guessing.

BenB
Being that close to bankruptcy for so long, the second (or is it the third) major employee layoff, second time they've sold off products, it's going to be very interesting to see what Avid does over the next year.