Language
Abuser is an extremely powerful hybrid analog virtual instrument for NI Kontakt from AudioModern. Check out the video demo to see it in action and get it for the introductory price until 27 December.

Under the hood of this beast lies 1.538 pristine audio samples, direct from the Sherman filterbank , a filter effect box with unique tube sound overdrive. A pure analog machine which is not based on processor calculation speed.

It's a 24dB/octave 4-pole dual filter module, a genuine analog circuitry with serious overdrive for the grungiest of sounds!

From the front end you are presented with simple GUI allowing you to modify the patches and internal presets visually using the most common features that most synthesizers have. An easy to use interface on one screen, without a complex menu diving. So you can direct handling and quick sound making.

This stunning instrument is packed full of analogue modelled effects , powerful LFO's and envelopes. It is able to create a huge range of sounds, from filthy basses with extremely low frequencies and leads to futuristic electronica, distorted leads , mellow saturated melodic Poly-Synths and everything in between. We wanted to create something that put detailed raw sounds already at your fingertips, allowing deep and complex sounds to be built easily without fiddling, allowing you to concentrate on what is most important '" the music! 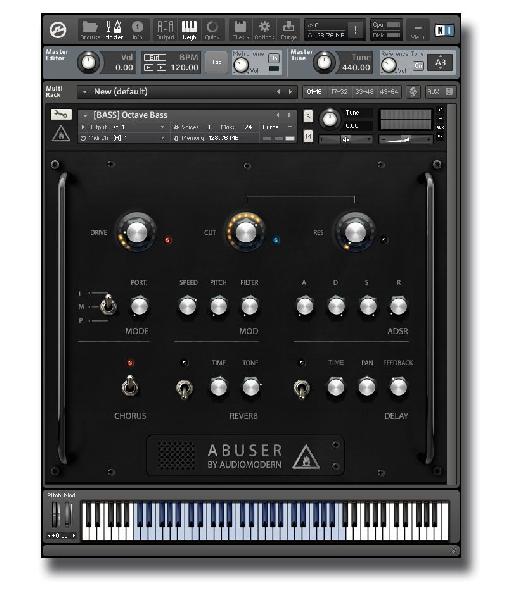