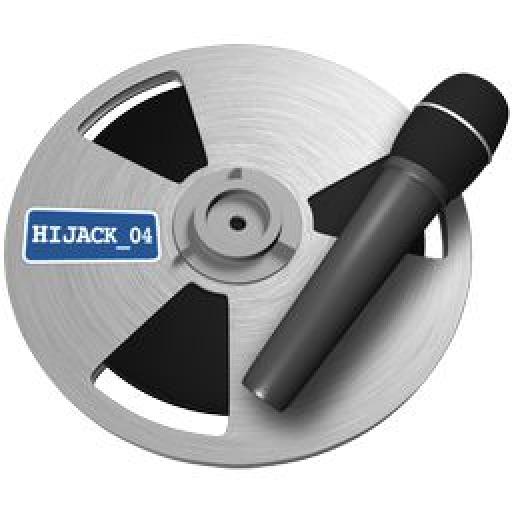 Language
If you want to sample snippets of audio on your Mac, like a YouTube video, don't get caught up in cables and interface ins and outs! G.W. Childs breaks through the tangled wires with Audio Hijack Pro.

There was a time in electronic music where pieces of culture were wrapped tightly into thick, cold beats along with bouncy synthesizers. These pieces of culture weren't always pictures or art, but recordings, or samples. They were recorded statements from anyone from political leaders to  important moments in movie history, stating words that would ultimately give depth and intrigue to the songs that they were snatched and thrown into.

Where the punk movement would yell and rant opposition to the actions of world leaders, and the dying hippy movement would still passively protest through melancholy ballads, the industrial movement took a slightly different approach. They would use the actual recorded words from the source of their outrage... and put it to music.

I've wondered: why has a lot of this practice died? Maybe the process, or idea is just dated? Or is it simply that people don't know of an easy way to do this with a laptop? I'm going to believe the latter, and hope that with this tutorial, someone out there may find new inspiration by recording and sampling their favorite political leader, and put them into some music.

Step 1 - Tools of the Trade

If you're a Mac user and haven't yet purchased Audio Hijack Pro, I would highly recommend it. Simply put, it can record any program playing audio on your Mac, directly back into your Mac, and without any cables. You tell Audio Hijack what application you want it to record, and it does it.

For this demonstration, I'll be bringing audio recorded from Audio Hijack into Reason, the other tool of our trade.

Launch Audio Hijack before running Safari, Firefox, or whichever browser you use. Once launched, within Audio Hijack, select Safari (or your other browser) and then push the Hijack button at the top. This will cause your browser to launch:

I have decided to go with a Fall Eyeshadow Tutorial... [How very political - Ed]

Go through your Youtube video to the exact spot you want to record, or simply cue the beginning of the recording. Don't worry about getting the recording perfect during the capture, you can always edit later. 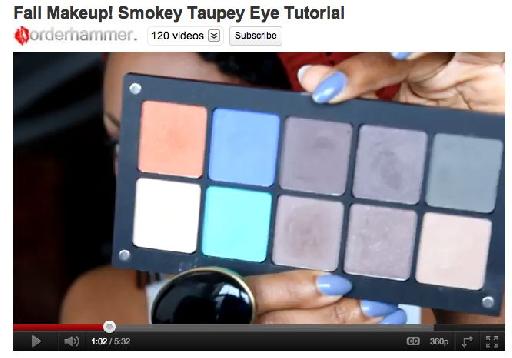 Once you've paused at your target position in the recording, or have elected to record the audio for the entire video, press the Record button in Audio Hijack:

When you are ready to stop recording, press the Record button again.

However, if you feel you need editing, and your application does not have any form of decent internal audio editor, you may want to press the Edit button first. This will launch Audacity if it is set up on your computer.

Once you've revealed where your recording is within Finder, you can easily point your host music application to this location and load it up in a sampler, like I do. Or, you can just drag the audio file in and edit to your heart's content. 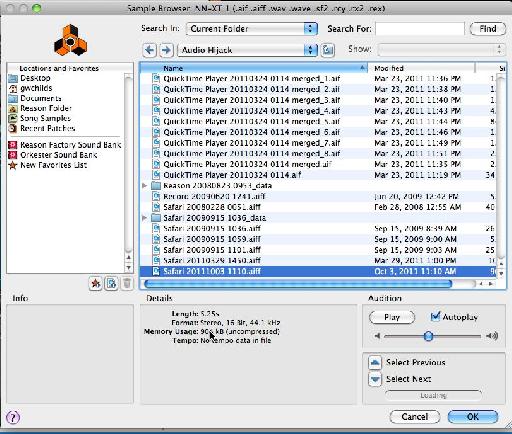 Keep in mind: you can actually record any audio from any application with Audio Hijack, like a drum loop, hijack it! Like a segment of a movie, hijack it! But don't be a thief and rip off other people's melodies and songs, that will only come back to bite you. However, feel free to destroy, remold and repurpose beats, melodies, voices all you want.

What's the process for hijacking audio from a video you've downlaoded? ie not on safari but saved in a folder on your mac?

Would you need to choose Quicktime at step 2 and navigate tot he file that way, or could you just choose the file and Hijack will do the rest?