Language
If you're feeling tortured in your soul, don't let it consume you and paralyse your creativity. By using your imagination you can transform emotions into music and sound and have fun in the process.

Depression is a real and dastardly beast that haunts people of all sorts. But the musician/artist has always had a very interesting relationship with depression, worry, sadness and longing that I feel goes beyond mere sniffing. In my experience, the more sensitive the artist, the better the music. But there’s always a downside to this—the more sensitive the artist, the more tortured the artist. When you combine this sensitivity with a truly inspired imagination, you are left with someone who is capable of creating amazing beauty for others, but also true inner horrors that can seem so real, it’s almost impossible to see the way out. The more elaborate the imagination, the more real it seems—Double-edged sword.

Imagination—The Way in and Out of Any Emotion

It took me a long time to realize this, personally—What was destroying my outlook on others, life, the world, and even music, itself just happened to be the same tool in my head that I was using to torture myself: my imagination. And, once this occurred to me, the next thought happened to be, “So, how could I use my imagination to make myself feel better?”

And this truly is where the fun begins, and liberation can be found.

Moving forward, I’d like to show you a method I use to move out of anger, depression, sadness, or fear, simply by writing music. At the very least, it may be a helpful distraction, when you’d really like to avoid acting out.

Remember, this is not a substitute for professional medical help! If you’re having serious thoughts of harm, or damage to yourself, contact professional help!

Obviously, when you sit down with your gear, you’re going to be upset. So, with that being said, try to chill out just enough that you don’t damage some of your hard-earned equipment. Once you feel like you can safely work, without hurting something expensive, start off in a blank session, or with a blank sequencer pattern. If you don’t think that you can deal with a DAW, or tabletop sequencer, then just play piano, or an instrument, and record the jam session on a recorder application, on your phone, or something like that. 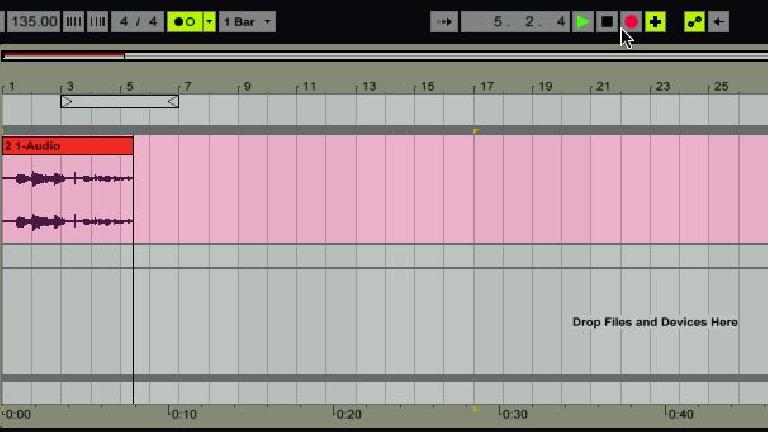 Now, just play, sing, yell (if you can, and won’t disturb others) and speak whatever you feel. Don’t think about it, just do it. It may start off sloppy, offbeat, out of key, broken, whatever, capture it!! The point here is to get it out, and to put so much emotion into what you’re doing, that it seems to become a musical variation of the problem, that you can probe, dissect and modify to your liking.

Tip 1: Do not worry about audio quality. The point is to get this out, and on to fixed media. You can always replay, sing, or edit later. Now, the emotion is of most importance!

Tip 2: Also, if you can record with a metronome (or with a drum loop), do it. This will make it much easier to edit later, and play with, when you’re feeling better.

Step 2—Slow it Down!

The next step is where you really will start to get some relief. It’s based on a simple principle of the brain. And, once you know it, you can hack it too.

The brain has been unanimously observed to have its own frequency, like everything else. The more it works, the faster the frequency speeds up. The more you meditate, sleep, chill out, the more the brain slows down. No big revelation, there.

Now, brains like to get their cues from the pacing of the environment around them. This can occur to a conversation that you are having with someone, a song you are listening to, or even just the pulse of life through the environmental sounds around you. As long as you’re near to a source of pacing, your brain will continually follow along, till another source comes along.

But hypnosis studies offer a little solution through pacing that can really change the mood quickly. One simple fact observed from hypnosis is that when you slow down the rhythm in which you are speaking, you begin to slow down the frequency of the brain of the listener. They can’t help it! If you start talking slower within a conversation, you’ll make the listener slow down simultaneously.

And this also works on music! Now that you’ve recorded that sad, angry, or bitter song, try going back and playing it slower. Lower the tempo, time shift, whatever. After all, from the first step, you made this into a musical variation of the emotional problem. What if we slowed the problem down, and played with it?

Once you hear it slower, like all music, you’ll notice that it sounds a little different, maybe a little better, maybe a little worse, it doesn’t matter. Now, you’ve slowed your brain down, and you can see the situation a little slower, in a more controlled environment. But what now?

Step 3—Play with those Emotions

Now that the song is slowed down, you’ll find that you’re feeling much more relaxed. However, the music might be just a hair dark. This is a good time to start playing with tones. Tones also have a major effect on the human brain, as tones are, in fact, frequencies as well. And all frequencies have an effect on the brain.

Consider doctors like Raymond Rife, who successfully discovered how frequency/tones themselves can completely eradicate bacteria, disease and so on just by exposing them to an opposing, or sympathetic frequency. With this knowledge, imagine what tones could do for heartache, especially when it’s coming back monophonic with a badass 808 beat? 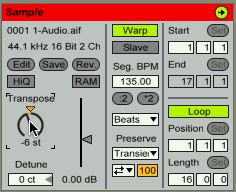 One thing I will always try at this point is playing with the transposition until I get a root note that really feels much better. This root note doesn’t necessarily say, “I feel better now.” It more or less says, “I am starting to see a different way of seeing this.”

If you’ve got lyrics, try singing with the new root note, if you hear another part, add it into the composition. At this point, merely feel, and let your emotions guide you. Sure, you’re in a frazzled state, but you’re also in an emotional state, which is something that a lot of artists struggle in reaching. Stay with it, let the emotions guide your hands, and listen to hear if your imagination supplies you with another melody, lyric, drum pattern, or even a sound effect.

Soon, you’ll notice that the music really is starting to sound better, and in the process of production, your outlook begins to look much better, as well. From here, I either complete the track. Or, elect to hear it the next day, after I’ve had a chance to empty my mind a bit.

If you’re worried about the quality of the song, while interfacing with yourself this way, don’t worry. In fact, this method of songwriting has actually turned my life around, entirely. As my music, which was once lacking emotion, now has tons of it. And it’s the emotion that people ultimately identify with. Even when they don’t want to!