Auddict Announces Drums of the Deep for Kontakt

Language
Auddict have released a huge new Kontakt instrument, "drums of the deep" for Kontakt 4 and above with some hard-hitting Taiko drums, orchestral bass drums, tam-tam percussion and much more.

Auddict are very happy to present "Drums of the Deep". After meticulous recording with huge numbers of microphones, careful production and programming, we have finally created the ultimate drum library, consisting of many original drums used regularly on the major film scores, and for good reason, as you will see!

This sample library is for Kontakt version 4 and above, consisting of huge Taiko drums, orchestral bass drums (even a Verdi bass drum), Tam-tam percussion, and more...

Volume.I of drums of the deep is a sample library consisting of a collection of drums ranging from small to earth-shudderingly huge. 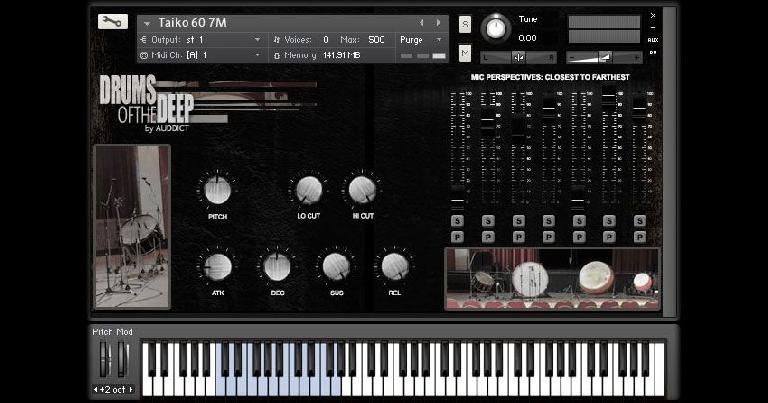 The three mic position version is our own professional produced version, with a CLOSE, MID and FAR perspective, each carefully produced from a number of mics placed around the drums by us, in a manner that really brings out the character of each instrument.

The seven mic position option is different, in the sense that it includes seven direct mic feeds (un-produced), with perspectives in order from close to distant, so that you can also go deeper into the sound than just three perspectives, and carefully tailor the sound to your purposes.

Round-Robins, Dynamics and other Specs

This library is 12GB in size, so you will need at least 24GB of free hard drive space to extract the downloaded rar files after purchase.

Opening sale for a limited time only, visit the instrument page here: