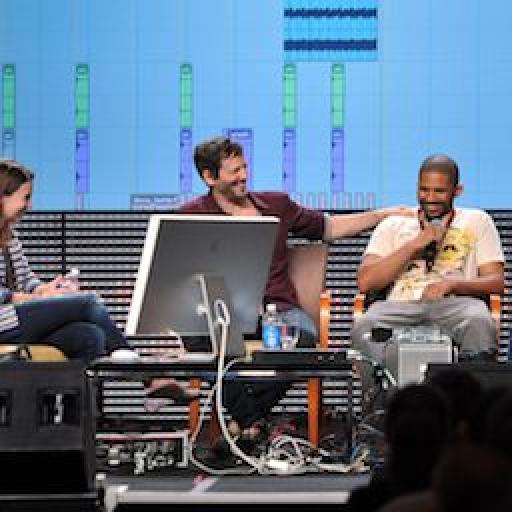 ASCAP: How are YOU Getting Paid?

Language
Everyone needs to get paid! Even more so if you're a musician / in the music industry. So, how do you ensure you get your dues? G. W. Childs investigates how ASCAP can help on his way to to the bank.

One way you can always tell the difference between a seasoned musical creator, and a beginner would be their concept of how you make money in the music industry. For example: The beginner usually believes that it's really all about album sales, merchandise and playing shows. And, yes, this is the regular, beginning, path. But, isn't it curious when you meet someone who's a professional composer, songwriter, musician, singer, etc., they are driving a nice car, seemingly making an income, but they aren't touring?

Like the business world, the music '˜industry' has a way of working. However, where industry can be '˜seen' in terms of rising profits, falling profits, and so on, the way you know if a musician, or band, is doing well is how often you're hearing their song.

Wait! It's not album sales?! Well, that's really only a part of it. When you hear a song being played on the radio, it means that songwriters (who aren't necessarily the artists) will be collecting a check every time that song is played. But, it's not just radio. If you hear that same song in a movie, commercial, video game, or even see the music video on YouTube with a big shiny commercial next to it, they are probably getting paid, too! These payments are called royalties... The true ï¬nancial blood of any successful music creators out there.

Okay, that's cool! But, who determines and ensures we get royalties? How do I get in on this?!

Depending on which country you live in, it can vary on who ensures you get paid. One of the biggest organizations, with over 450,000 members in the United States

is ASCAP- American Society of Composers and Publishers. But, getting you paid is only really one function in which ASCAP can benefit new and veteran songwriters and composers. To be eligible to join ASCAP, you need to write the lyrics or music in a song. These days a lot of producers have a big hand in creating the music. If you are a producer, don't overlook the fact that you might be a '˜songwriter' too!

As you know, networking is a major factor in your success as a musician. Meeting other people that are in your position or trying to make a living doing what you love, music, is a major factor in pushing yourself forward. ASCAP hosts events all around the country in the forms of clinics, classes, mixers and so on that allow you to greatly expand, not only your address book, but your knowledge. After all, wouldn't it be cool to hear first hand how a professional composer is making a living, rather than hearing from a friend, second hand, how he's doing it? Wouldn't you like to ask him questions yourself? 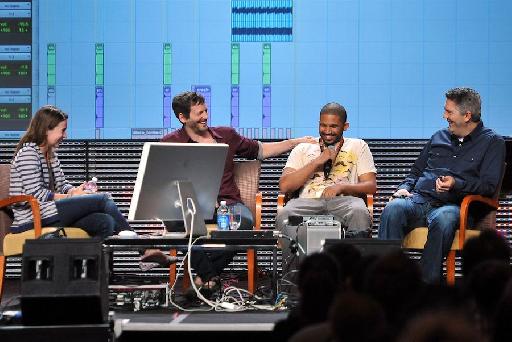 Dr. Luke (in red) during his 2011 ASCAP 'I Create Music' EXPO Master Session in which he gave attendees a look at how he produced and co-wrote hits for Katy Perry, Ke$ha and others.

One, major ASCAP event that occurs every year is the ASCAP "I Create Music" EXPO. And, regardless of what role you fill (producer, engineer, songwriter, etc.) you really do want to be there! Not only is this an event for you to meet other successful individuals within the industry, it's also a way for you to improve your way of working. There are panels, workshops, even performances. It's even common for some really big names to appear at these events, too. Justin Timberlake, John Mayer, and Quincy Jones, anyone? You don't need to be a member to attend the ASCAP EXPO, everyone is welcome!

We All Need a Friend in the Business

Beyond organized events, I personally, have greatly appreciated being able to call in to an organization that represents my interests in my profession and being able to ask questions, learn how to register my songs, and even get tips via the Daily Brief, their daily email newsletter. Oh, and registering songs? That is the key phrase right there that ties this whole thing together. It's registering your songs with ASCAP that allows you to get paid, every time your song is used in a a public capacity. And, with the media evolving through the internet, your music has never been more accessible to people that may be able to get it in to a venue where your songs could be used in a movie, commercial, etc. So, if it happens, and you aren't being represented... Well, you'd better contact ASCAP, quick. And, let's take it a step farther... What if one of your songs goes viral online tomorrow? Don't you want to make sure all your bases are covered?