With a digital brain and analog filter as well as capacitive keyboard, Arturia's MicroFreak promises a new approach to synthesis and performance. Rishabh Rajan put it to the test.

The Arturia MicroFreak is here. This is one of the first digital synths from Arturia who have been known for some of the best and most affordable analog hardware synths in the market. Let’s see if this digital Freak is any good.

Arturia have established themselves as a reputable hardware synth developer so the hardware here is, unsurprisingly, good. The MicroFreak has a very solid build, though it's mostly plastic. Probably the most eye catching aspect of the synth is the capacitive keyboard. I think most keyboard players are not a fan of touch plate keybeds like this one but Arturia has given this a nice flair which makes it visually stand out and on the practical side, you can feel the separation between each key which is helpful. This makes it a lot easier than just having a visual only indicator for the individual keys. 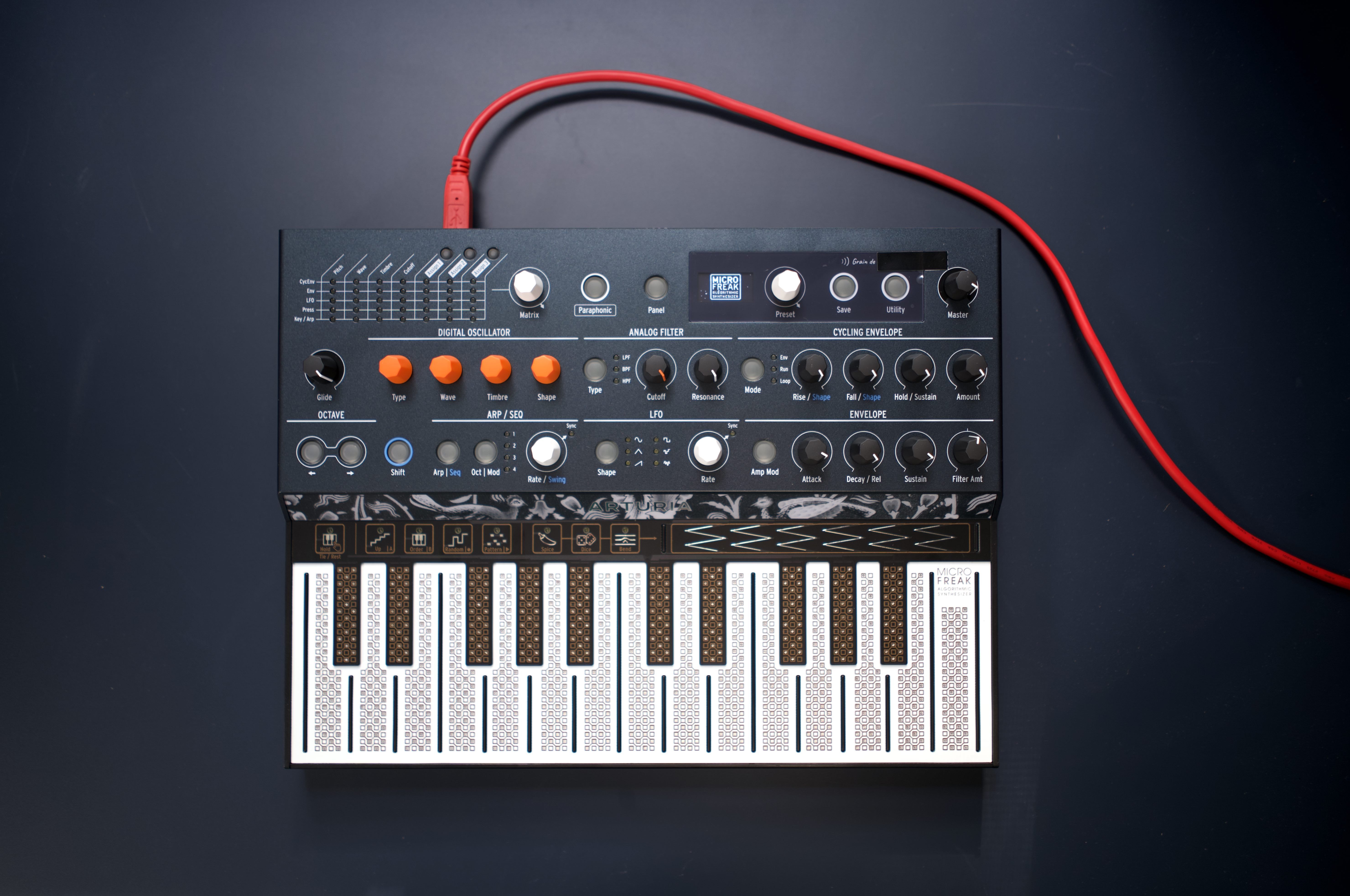 Connectivity is quite extensive. You get CV, Gate & Pressure out. Yes, the keyboard is pressure sensitive. You can simulate polyphonic aftertouch by controlling how much of your finger is touching the individual keys. There’s a clock IN and OUT as well as MIDI IN & OUT. All of these connectors are on 1/8 inch jacks, though you do get adapters for the MIDI connectivity. There is a standard USB connector for MIDI and power. There’s a 1/4 inch mono main audio out as well as 1/8 inch headphones out. The output for this synth is monophonic.

This is the brain of the MicroFreak. It provides 12 different oscillator modes, some of these borrowed from the open source Plaits engine created by Mutable Instruments. So if you have used the Plaits Eurorack module, you may recognize some of the sounds and parameters on the MicroFreak. Arturia do plan to add on more oscillator modes in future firmware upgrades so watch out for that! 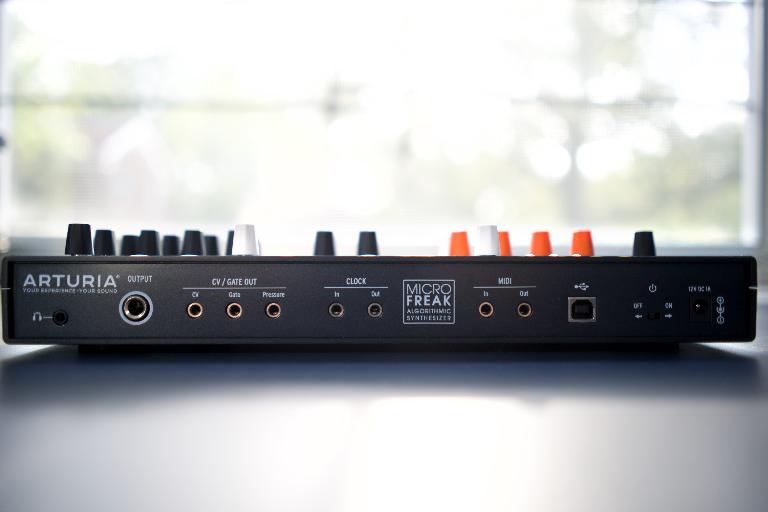 This is a SEM style 12dB/oct filter with Low Pass, Band Pass and High Pass modes. This is the only analog aspect of this synth and its a quite common design architecture these days, having a digital oscillator paired with an analog filter. Best of both worlds.

On the modulation side of things you get two envelopes, One is dedicated to amp modulation duties and optional filter cutoff modulation. The other is a loop-able envelope that can be freely assigned to destinations in the Modulation Matrix section of the synth. This modulation matrix is quite intuitive and similar to the one on the Matrix Brute. You also get an LFO with 6 shapes and a rate that goes up to 100Hz. What I like is that the keyboard notes are also available as a modulation source. 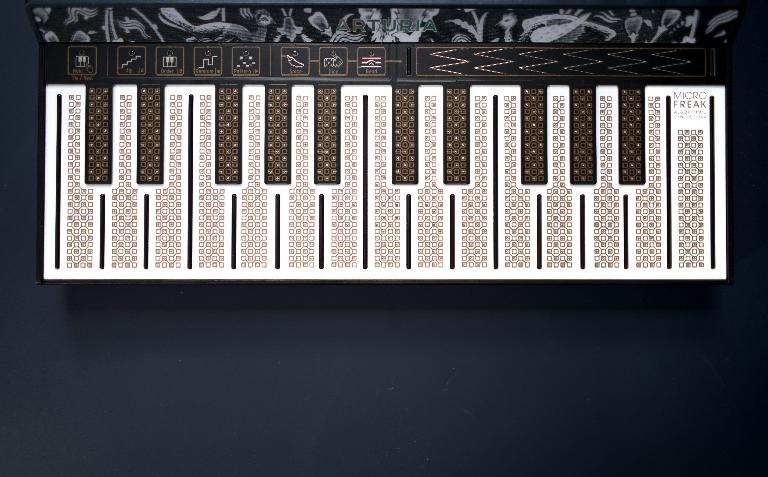 The Arp & Sequencer are quite a useful add-on to this synth. One neat function is that the arp pattern can be moved to one of the two sequencer patterns and you can further build on that. The Sequencer itself is fairly straightforward. Up to 64 steps with 4 layers of automation can be live or step recorded. There isn’t a timing reference like a built-in metronome so it can be hard to live record sequences, unless there is an external drum machine synced to the MicroFreak which you can listen to and get a reference.

So this is one of the features that Arturia are claiming that makes the synth more of a ‘freak’ or ‘experimental’ in nature. It adds randomization to the sequencer patterns. I personally was a bit underwhelmed by it. Even in the Arturia official demo for the sequencer, we can barely hear any splicing and dicing happening to the pattern. I feel it's quite tamed and on the subtle side. They could have gone all out with this to really make it a true randomizer that could go out of control but at the same time controlled with the ‘spice’ amount.

Pros: Excellent synth with a digital brain and analog filter. Many oscillator modes

Cons: No effects, No stereo output.