Language
This summer, black is the new... black! Arturia's KeyLab 49 and KeyLab 61 MIDI controller keyboards are now available in, you guessed it, black. They come bundled with Analog Lab and more software!

“The way that KeyLab 61 Black Edition works with Analog Lab and the V software is amazing! It encompasses the best of both worlds as I prefer using hardware whenever possible during the creative process, so it’s great to use the KeyLab for laying down ideas while adjusting parameters as I track. It allows for a truly ‘hands-on’ approach when recording with the V software as I can fully make use of all the incredible features on offer.” - Kimbra (singer/songwriter/musician, 2015) 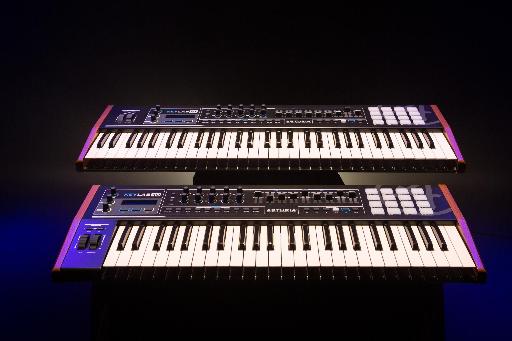 Arturia’s clever KeyLab concept of creating the ultimate hybrid synthesizer by perfectly pairing a high-quality MIDI controller keyboard — available in various sizes to musically meet the studio or onstage demands of any amateur or professional player — with its award-winning Analog Lab software solution — serving up an astonishingly inspirational collection of classic synth sounds from the company’s classy vintage analogue recreations with which it initially made its name — first turned the musician’s world upside down when launched at Musikmesse 2013 in Frankfurt, Germany. Sales success soon followed with thousands of seriously satisfied KeyLab users turning their musical dreams into reality throughout the world. 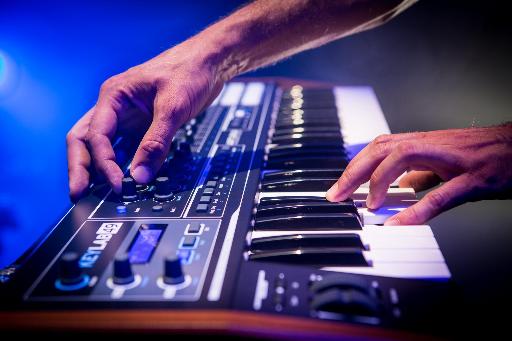 Alongside Arturia’s aforesaid Analog Lab, laden with 6,000 plus-presets by internationally-renowned sound designers, KeyLab 49 Black Edition and KeyLab 61 Black Edition each come complete with two Analog Classics: Prophet-V, Arturia’s authentic software reincarnation of the Prophet 5 and Prophet VS Digital Synthesizer, respectively the first (analogue) and last (digital) polysynths made by the trailblazing Californian creator, Sequential Circuits® — although, Arturia being Arturia, the software succeeds in taking those two classic hardware synths that helped define the distinctive sounds of so many classic bands to another level by blending both innovative instruments into one super-synth, the likes of which has never before been seen, thanks to its imaginative Hybrid mode; meanwhile, Solina V brings back the still-sought after sounds of the Seventies-vintage Solina String Ensemble as an authentic-sounding software recreation of one of the era’s sonically-defining string machines, characterised by the lush string sounds it produced, plus its renowned sound-thickening Ensemble effect to which it owes its name.

Not wishing to leave pianists out in the dark, the KeyLab 49 Black Edition and KeyLab 61 Black Edition bundles also add Grand Piano Model D from fellow French developer UVI into the highly musical mix. This third-party sampled-based virtual instrument par excellence delivers the sought-after sound of the superlative Steinway Model D concert grand piano with all the warmth, expressiveness, and detail of the real thing, thanks to deep multi-sampling, precision mastering, and advanced scripting — surely the perfect acoustic-sounding performance partner to compliment Arturia’s already expansive electronic sound palette packaged with KeyLab 49 Black Edition and KeyLab 61 Black Edition, and surely more than enough to tempt musicians to turn to the ‘dark side’ of the KeyLab concept to help realise their musical dreams? 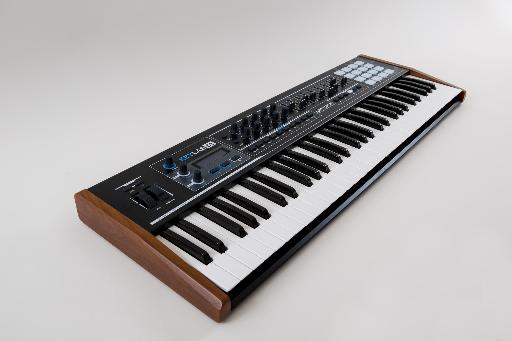 Still better, by being priced to match their ‘lighter’ KeyLab 49 and KeyLab 61 MIDI controller keyboard siblings at €369.00 EUR/ $399.00 USD and €429.00 EUR/$499.00 USD respectively, KeyLab 49 Black Edition and KeyLab 61 Black Edition both represent really remarkable value. Best be quick, though... they are limited-edition bundles after all!

The limited-edition KeyLab 49 Black Edition bundle is available to purchase for €369.00 EUR/$399.00 USD from any authorised Arturia dealer or directly from Arturia here: http://www.arturia.com/store/hybrid-synths/keylab49blackedition

The limited-edition KeyLab 61 Black Edition bundle is available to purchase for €429.00 EUR/$499.00 USD from any authorised Arturia dealer or directly from Arturia here: http://www.arturia.com/store/hybrid-synths/keylab61blackedition