Language
Arturia's popular iSEM iOS synth reaches version 1.0.2 and in doing so now supports Audiobus 2.0 and some other MIDI fixes and enhancements. There's more info below.

“I have gained immense pleasure from experimenting with Arturia's iSEM for iPad. Being an owner of the original hardware synth, I can confirm that this virtual app stands up, providing a combination of complete familiarity combined with total stability, versatility, and the welcome addition of plenty of presets, plus extra pages and functions, such as the performance layer. An absorbing experience of real quality, I am thoroughly impressed — and at a bargain price!”

GRENOBLE, FRANCE: music software and hardware company Arturia is proud to announce availability of an Audiobus 2-supporting update (V1.0.2) to iSEM, its authentic recreation of the 1974-vintage Oberheim Synthesizer Expander Module® (SEM) for Apple's iPad, as of April 3...

As Arturia's second supreme subtractive synthesizer recreation for iPad, iSEM has proven popular with both first-time buyers beginning a journey into the wonderful world of synths and also seasoned synth professionals like former Depeche Mode keyboard player/programmer/arranger Alan Wilder, who actively appreciates both its authenticity as an original Oberheim SEM owner and the latest developments possible via its iPad host: “Being the owner of the original hardware synth, I can confirm that this virtual app stands up, providing a combination of complete familiarity combined with total stability, versatility, and the welcome addition of plenty of presets, plus extra pages and functions.” 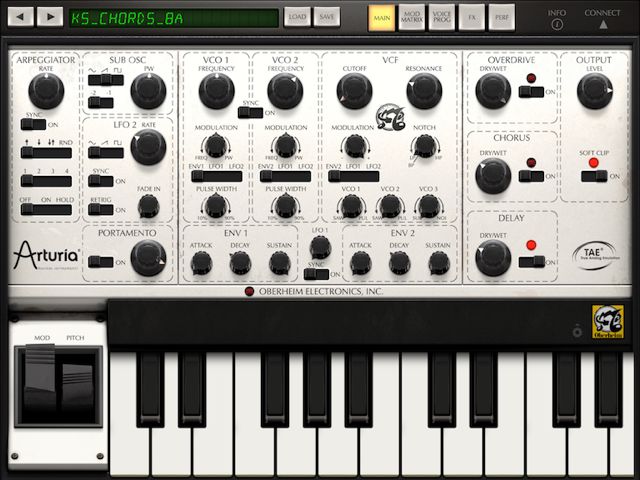 While Arturia always appreciates such support from acclaimed artists, appealing iSEM improvements abound in V1.0.2 as one of the first such synth apps to support all Audiobus 2 functions. Running as many apps in parallel or series as the host device can handle, Audiobus 2 can handle multiple, independent pipelines, with as many inputs, filters, or outputs as the user wants. Thanks to this Audiobus 2 support, iSEM users can cleverly save presets of their connection graphs and share them via e-mail or social networks. Needless to say, the musical world is getting smaller, it seems, while more musicians than ever can enjoy those thrilling SEM sounds!

Indeed, iSEM continues to do what it does best — providing iPad users the world over with an authentic recreation of the still-sought-after analogue sounds of Oberheim's original dual-oscillator SEM monosynth and its subsequent integration into that Californian company's pioneering polysynth developments. Ingeniously, iSEM quite literally taps into all of this and then some, putting more musicality at anyone's fingertips than its namesake designer dared dream possible back in Oberheim's Seventies salad days!

Today, then, it's hard not to be impressed with iSEM offering so much to so many for so little. Just ask Alan Wilder!