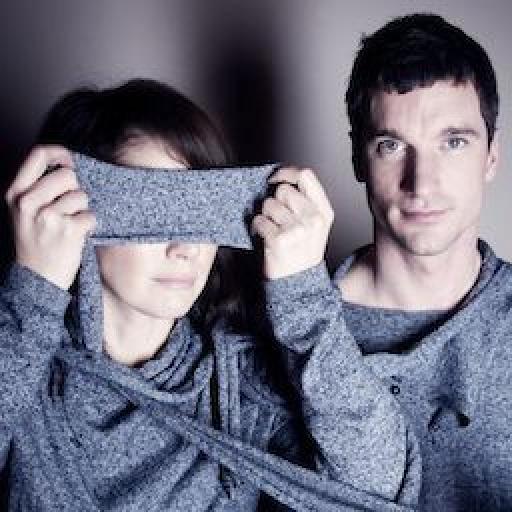 Lamb (Andy Barlow & Lou Rhodes) are best known for blending Drum 'n' Bass, Dub, Jazz, Electronica, odd time signatures and dreamy, sensuous vocals. Since the recent release of their critically acclaimed album, 5, they've been touring and creating as much as ever. We caught up with Andy & Lou during a recent tour to talk tech, production techniques, song writing and how they capture inspiration on the road.

The full interview is also available in issue #2 of MPVHub Audio Magazine - end of May 2012. Get your copy Now!

RS: What were you both doing musically before Lamb first formed? What brought you both together to create Lamb?

Lou: I was working as a photographer, shooting bands and doing some fashion work. I'd been in bands growing up and was raised around the UK folk scene as my Mum was a folk singer but I hadn't done anything seriously in music until we formed Lamb. Andy had also been in a whole bunch of bands and when we met he had just released a single under the solo moniker of 'Hipoptimist” and was working as a creative engineer in a dance music studio in Manchester. I heard about him from a DJ friend as I'd been asking around for potential people to work with after getting into early breakbeat on Pirate radio. The friend said Andy was a bit weird for most people but he thought we'd get on. The day I called him he'd just been told he'd lost his job for being too unconventional in his approach in the studio. He's been unconventional ever since and I guess that's the story of Lamb.

RS: What are the musical (and other) influences that come through in your music?

Lou: We both listen to a wide range of music and over the years this has diverged and come together again. When we decided to re-form to make the new album, “5”, I think perhaps one of the inspirations was the wealth of exciting new electronic music emerging around the post dubstep movement. People like James Blake, Mount Kimbie, Baths, Benga, Sbtrkt to name but a few. We'd take breaks from the studio and bug out in Andy's kitchen to a selection of these. But, influence-wise, the net's pretty wide and can be a feeling, a taste, a film, a book, a vision, a thought, an emotion. More than anything, for me, making music or any other creative endeavour stems from a need to do it which is less based in the head and more in the core or the heart. 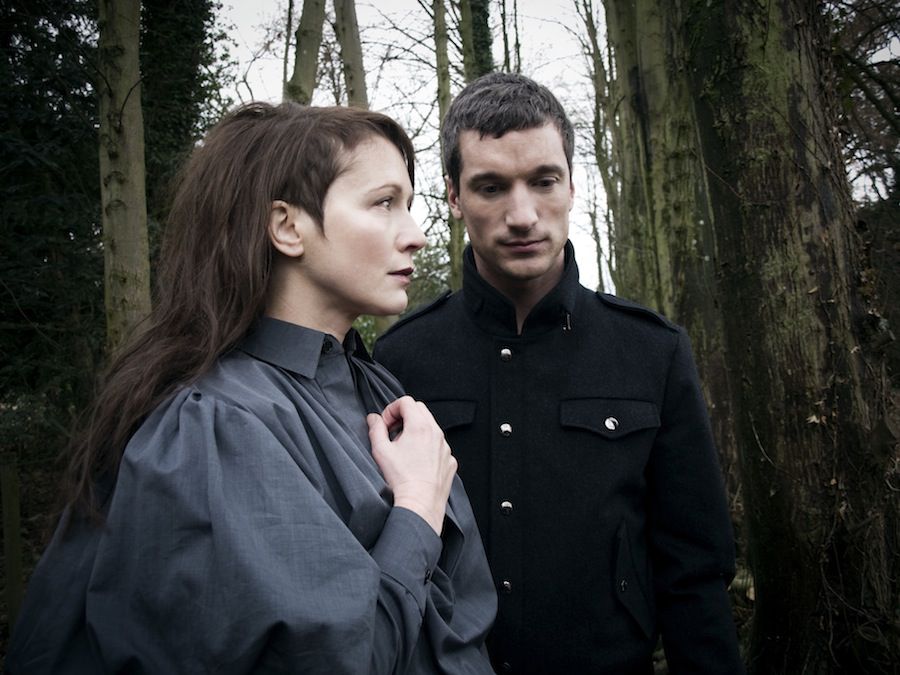 Lou and Andy are both creatively active outside of Lamb.

RS: You both have very varied and numerous creative projects outside of Lamb. What have you been working on musically?

Lou: Yea, we've both been pretty busy. Andy just finished his Lowb album and is working as producer on “The Ramona Flowers” new album. I brought out my third solo album in 2010 and have been writing songs for a fourth.

RS: And Lou, you're close to releasing a children's book, too. Can you tell us more about it and what motivated you to create it?

Lou: Yeah, that should be out this spring. I wrote the story,— which is basically a poem—quite a long time ago and it gathered dust in a drawer for years until I found it again and, reading it with the advantage of some distance, realized that it was pretty cool. The book's been illustrated by a newly graduated illustrator who somehow just magically captured the story's main character, “The Phlunk”, who's a cat-like alien who listens to all that children say and do. I never really had a calling to make children's books and this one just happened but I found myself also writing a second story which is being illustrated for publication sometime later in the year.

RS: When it comes to recording a new Lamb album do you have a tried and tested creative process?

Lou: Not really. We try to have no formula at all. I guess our main rule though, especially when it came to writing “5”, is to keep things simple and raw, to allow our first ideas to be our best and not over-think it.

RS: Have you begun work on a new Lamb album? Can you reveal anything about the direction you're taking?

Lou: We've been talking about the next album lately. We're pencilled to start it in September but it's possible we'll do little bits of stuff before that while we're travelling, etc. We both feel it should be more raw and stripped than ever. Rather than having a template to aim for though, I think it's more of a gut-feeling. It's good to keep the horizon as open as possible. 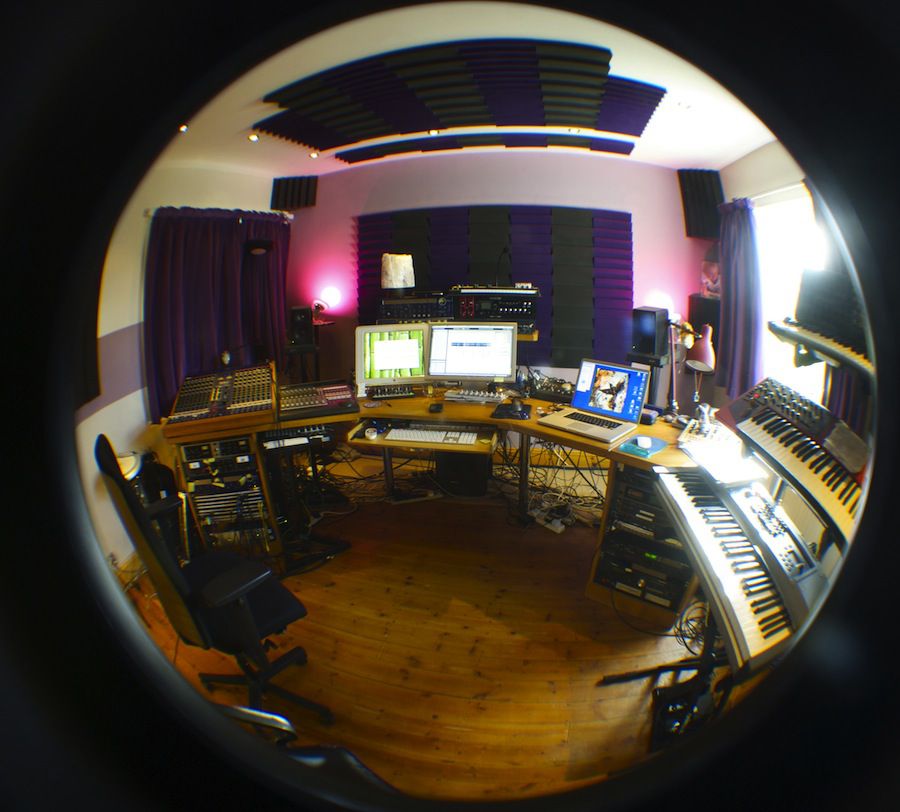 RS: What hardware do you turn to most in your studio and when performing live?

Andy: In the studio, I use a Mac Pro (8-core) as the main machine, and a quad-core MacBook Pro, which I then MIDI up to the Mac Pro to run additional plug-ins. I really rate the UAD plug-ins, and since discovering them, I let go of a lot of outboard equipment, as they sound so great and are so handy.

On Lou's voice we use a Neumann M149 microphone, powered by a TLA-VP1, then compressed with a Manley Vari Mu, which is my favorite compressor of all time! I monitor using Genelecs, but have just purchased a pair of Event Opal monitors which sound pretty amazing. I do a lot with the computer, but feel a qwerty keyboard is somewhat restrictive, so i have a heap of controllers: a Mackie Control, an Akai APC40, a Native Instruments Maschine, Novation Automap, weighted keyboard, etc. I do have a mixing desk, but I rarely use it these days, again probably since getting into UAD plug-ins!

Live I have an Akai APC40, a Korg Zero 8, RE-20 Space echo pedal, Kaoss pad quad, Korg Wavedrum, Korg SV1, and a drum kit to play with, so I'm kept pretty busy. I monitor between in- ears, and a custom made 3k PA system.

RS: Nice. What about the audio software you use most in your studio and when performing live. What ones do you use and why?

Andy: I am a huge huge fan of Ableton Live. I changed up from Cubase for Ableton Version 2 back in the day, and have been constantly impressed since. I also use Pro Tools and have a HD  rig in the studio. I mix some things on Tools, and if I am recording large sessions, strings or drum kits that require lots of mics then Tools is my go to. Plugins... Well, I am quite a DSP monster: I love the Spectrasonics stuff, and Native Instruments also rock. Melodyne is great, and we are also loving the impOSCar2. I used to own an original OSCar and I think it's one of the best sounding synths of all time.

RS: Lou's vocal feel is so wide-ranging across your latest album, “5”, for example in 'Rounds', 'She walks', 'Existential Itch'... etc. Did you use particular performance or processing techniques to achieve these effects?

Andy: Lou and I are constantly searching for different sounds and textures on the vocals. Quite often it will be within the performance, for example on 'Rounds' Lou had twisted her ankle when going for a snowy walk, so she performed sitting down, with frozen peas around her ankle. In 'She walks', the vocal sounded a bit normal, so I processed it through a chain of plugins and outboard gear to get some grit into the voice. Quite often I will find a line that Lou sings and then play it to her, “Hey Lou how about trying a take in this style?” We will then re-vocal, to get a different character to the track. I took some singing lessons which turned out to be really valuable, as it gave me a whole new vocabulary to communicate with vocalists. For example saying “put more breath around a vocal” usually makes it sit better in the track, and is then easier to mix. 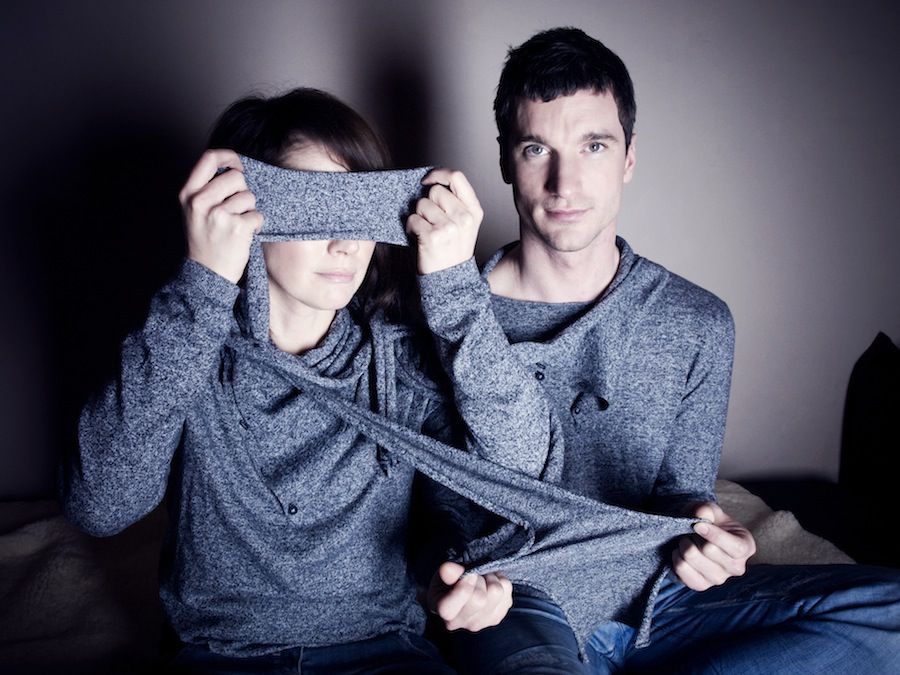 Lou and Andy: See no evil, feel no evil?

RS: I love the atmospheric quality of the video for Butterfly Effect. How involved were you with the creation of the video?

Andy: Our friend Claudia Crobatia directed the short (she also photographed the cover of the “5” album). We ran over quite a few ideas before deciding on the story. It's the first Lamb video in which Lou or I don't appear in which is a little weird but cool.

RS: What personal and or musical significance does the phenomenon of the butterfly effect have for you both?

Lou: Our music is quite often the result of a chain of happy coincidences and we try not to get in the way of that. The song “The Butterfly Effect” came about in this way: Andy gave me a loop of the dirty bassline that opens it and the lyrics that started to emerge were about the initial spark between two people who are attracted to one another that's almost like an electrical charge. The chorus line “and all the world will know” kinda came out of nowhere and somehow seems to evoke the feeling of that electricity which seems so explosive it's uncontainable; something at once private and yet impossible to control. The title came from this. I love the concept of the Butterfly Effect; the idea that a tiny event in one part of the universe could cause a chain reaction that might cause a huge event in another. The flutter of a butterfly's wing in one continent causing a tidal wave in another. 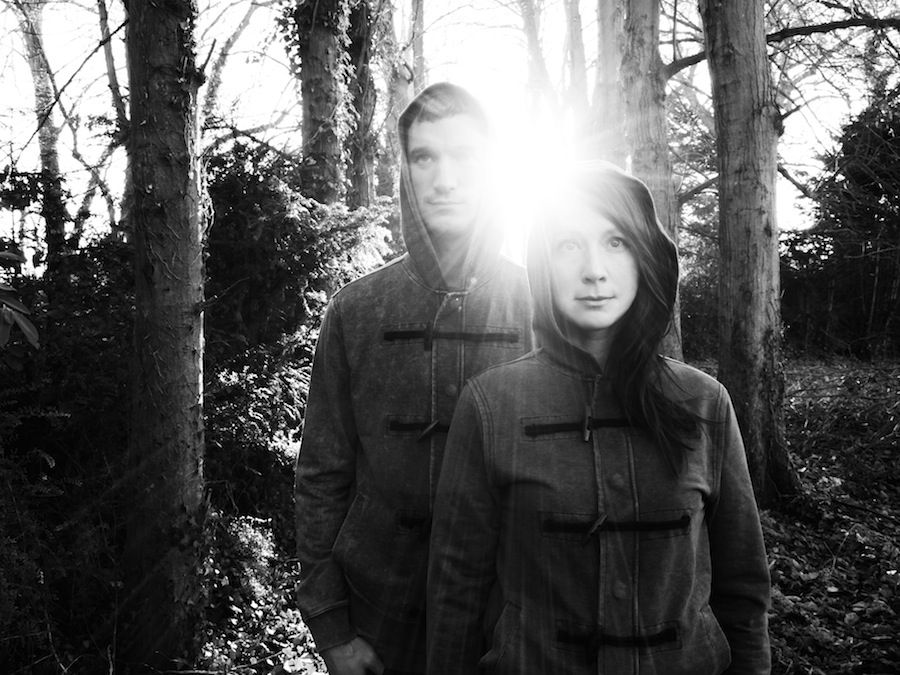 "I love the concept of the Butterfly Effect; the idea that a tiny event in one part of the universe could cause a chain reaction that might cause a huge event in another." - Lou

RS: With all the live sets you play around the world do you find yourself writing material on the road? Does travelling alter the way Lamb's musical and lyrical ideas manifest?

Andy: It's taken me years to get into writing on the road. We used to take a huge rack with a sampler, FX, a mixer and mics of all sorts, but would rarely use it. At the end of last year I put together an on the road studio, which is really cool. It's basically a guitar pedal board flight case, with an Akai LPK25 keyboard, a Korg nanoKontrol, Apogee Duet, USB hub, and a UAD Quad DSP Satellite, along with my quad-core i7 MacBook Pro and Bose Soundock powered speakers. We can now tweak the set, remix tracks on the road, and get ideas ready to take into the studio for when we get back. The hard part is putting time aside to do it (there always seems to be something to do when on tour) but it's really rewarding, and a remarkably powerful setup.

RS: Thanks so much Andy & Lou for taking time out to chat with us and have a great remainder of your current tour!

The full interview is also available in issue #2 of MPVHub Audio Magazine - end of May 2012. Get your copy Now!

Lynda Arnold
One of my favorite bands of all time - love the last album!!
Rounik
Hey Lynda,

Me too! Their last album still get lots of listens from me in iTunes... and eager to see / hear their next steps.