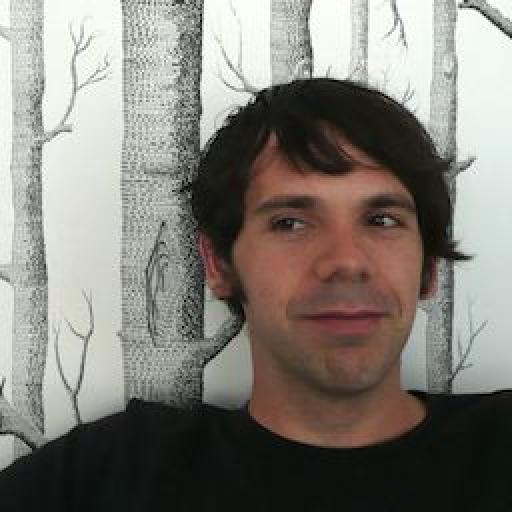 Language
If you're a fan of BT, glitch & IDM, chances are you've heard the work of Brian Trifon. We caught up with one half of Trifonic to discover more about his music & passion for macProVideo.com tutorials.

I've always had a soft spot for IDM and glitch based electronica. In fact there are two artists in that genre that you're guaranteed to find in my iTunes playlists, BT and Trifonic. When I heard that Brian Trifon (half of Trifonic) is also a macProVideo.com customer and Logic user I was glitching itching to find out more about his creative processes.

In this exclusive Hub interview, Brian talks about his musical background, his experience working in BT's studio, how the video art collaboration with Scott Pagano evolved, why he loves macProVideo.com tutorials, and what he's currently working on.

RS: Hi Brian, and welcome to The MPV Hub!

BrT: Hi! Thank you for having me.

RS: Please tell us about you and how you got into music.

BrT: Sure. Basically I started out as a guitarist. I still think of myself in some ways as a guitarist. I was into the whole Heavy Metal, shredding and rock guitar thing. At some point I realized that wasn't quite going to pan out. But I was also very interested in music production, especially towards the end of the 90s in electronic music and I began to explore that at the time. I got Logic and, although I still had my 4-track tape recorder, began learning it. Then in the early 2000s I got involved with electronic production and I had the opportunity to intern in BT's studio as an audio editor. Meanwhile, I was in college getting a degree in Jazz guitar.

So, it was a very busy time. After I graduated I ended up working there (BT's studio) doing audio editing and synth programming over the course of about 4 years. Over that time it developed from being an audio editor to working on the sounds and pieces of music and compositions. I was doing a lot of the guitar parts in the projects at that time. So, it ended up being a really good development period.

RS: So, which of the BT projects did you work on?

BrT: The main thing was his album '

thejammer
Nice interview! I like your comments Brian about getting involved, make yourself useful. I think it's something I should work on. Thanks!