Blending real and virtual instruments, when done correctly, can help to ensure that your productions sound more live than they really are. Joe Albano explains why.

Nowadays many musical arrangements that sound like a collection of acoustic instruments actually rely heavily on virtual, sample-based instruments. This is nothing new - the rise of smaller project studios and self-contained artists meant that recording every instrumental part live, even when highly desirable from a musical standpoint, was often simply not feasible given smaller rooms’ limited space, lack of soundproofing, and other logistical issues. Drums were one of the first instruments to go virtual, and modern orchestrations are frequently chock-full of digital simulations.

Today’s virtual instruments are more realistic than ever, but arrangements that depend on them exclusively may often have a somewhat stiff or static quality to them: sampled strings and simulated winds can be lacking in the subtle nuances of a real, live performance. To ameliorate that, many composers and arrangers make sure to employ the strategic use of at least one or two real instruments and live performances in an arrangement otherwise comprised entirely of virtual sounds. Film and TV music composers have done that for years - their tight time frames and hard deadlines may make it impossible to be able to hire out and record all live tracks, but a score realized mostly in the box but with a few key musical elements provided by live musicians can sound much more natural and organic. The listener’s ear is subconsciously drawn to the subtle nuances of the real thing, and that can often make all the difference in the world.

So with that in mind, here are a few simple suggestions for incorporating real performances with virtual ones.

With many pop music arrangements the lead vocal can be counted on to be the one element that’s definitely not virtual. Even with the most heavily quantized, programmed tracks, the vocal’s looser, more organic performance gestures will supply that needed touch of humanity. 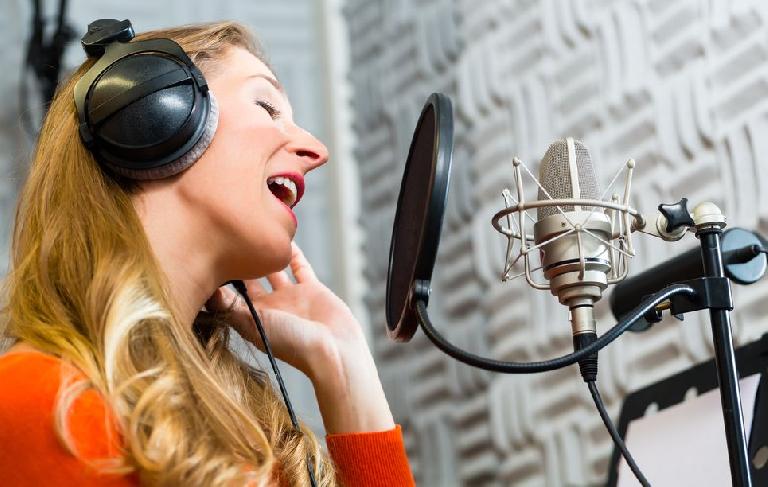 To that end, it would be a good idea not to negate that benefit too much by applying an overdose of auto-tuning and elastic/flexed timing correction. Those tools can be invaluable for dealing with noticeable flubs and clams in a vocal part, but if you’re counting on that performance to provide the human touch, you might want to avoid stripping out too many of the subtle imperfections that convey that quality so effectively. Of course, in some genres you would want the entire track, including the vocals, to have a mechanized feel, but I’m thinking of projects that are meant to sound like live performances.

A well-crafted virtual drum track can often be indistinguishable from today’s typically processed/mixed live drum recordings, especially if the part is played in by hand (on keys, pads, or one of those electric drumkits) on one of the better virtual kits. Assuming that the part hasn’t been over-quantized to 100% rhythmic perfection, the best virtual drumkits have plenty of tonal variation to sound natural and dynamic. But one aspect of a virtual drum track that may fall a little short is its cymbal and hi hat work.

Many virtual drum tracks make much less use of the cymbals than a live drummer might. Sometimes that’s because the sampled cymbals aren’t as nuanced in response as the rest of the virtual kit; other times it’s because the arranger/programmer just isn’t thinking quite like a drummer would. Often, overdubbing a few cymbal flourishes here and there, especially going into and coming out of fills, can add a little welcome looseness and air to a track.

Hi hats are often another weak spot. Real drummers do a lot of subtle tonal manipulation of the hi hat, even when on the surface they’re just keeping time. For example, they use their left foot to very slightly loosen and tighten the hats while tapping out time, subliminally opening and closing it a hair to push the tone when needed as the song ebbs and flows in intensity.

Many virtual hats don’t have that level of detail, or the programmer isn’t aware enough to include those little touches. Even if logistics and soundproofing prevent live tracking of a full drum kit, having a live drummer overdub a real hihat part onto an otherwise virtual/programmed drum track can add a significant degree of musicality to the part. With most virtual kits the original hats can be muted and replaced easily, and that live, more nuanced timekeeping element could make a stiff rhythm sound much more alive.

Another area where a live part could be easily included is percussion. Many virtual tambourines, shakers, maracas and other percussive instruments are not lavished with as much tonal/performance variation in their dynamic programming as what you’ll get with a live player on the real thing. 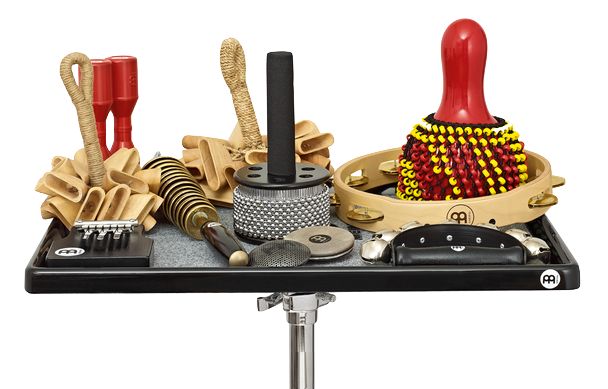 A lot of arrangements make good use of subtle percussion rhythms, often buried way in the background, for some extra rhythmic animation. These instruments are not as loud or intrusive as a full drum kit, and so it should be possible for even the smallest rooms to record a live percussion player doing their thing. As background elements, these tracks could subliminally provide some of that looser, more human feel, even if the main rhythm parts are a bit stiff.

Bring in the brass band

Virtual horn sections have gotten much better over the years and modern collections frequently include special performance techniques (slides, falloffs, squeals, doits, etc) and even characteristic phrases. But often you’ll be looking at a virtual brass part that sounds more than a little stiff. One that was tracked by playing an “ensemble” brass patch (containing all the horns pre-layered) is almost doomed to suffer this flaw since no real ensemble is that tight or uniform in its phrasing.

Virtual horn sections can benefit from even a single live element

Playing in all the virtual elements of the section one-by-one can greatly improve this, but an even bigger improvement can be made by adding just one real horn performance in. That track will undoubtedly have more subtle characteristic performance gestures, and if it’s blended in well with the virtual section parts (not too up-front), those timing variations and small nuances will make the whole section sound more live and open.

A similar approach can be taken with ensemble string parts. Much of the time, a virtual string section is performed using an all-in-one string patch, but this will inevitably lack the animation of a live ensemble. Better results could be had by playing the sections (violin, viola, cello, bass) in one-by-one (though that will require a bit more time and planning), but adding a real element can be even more effective.

Now in theory, given the overdubbing capability and limitless track count of the modern DAW, you could hire, say, a single violinist, and record him/her playing an ensemble part over and over (and over), gradually building up a realistic section sound - a little tonal variation (EQ) between layers can help as well. But assuming more realistic time constraints, layering just a few real violin overdubs with a virtual violin ensemble can achieve good results.

Once again, if a few live overdubs are blended in very subtly with the virtual part (maybe positioned across the stereo soundstage), the ensemble may take on a more organic quality. The individual phrasing of the live overdubs will help to ameliorate the unnaturally tight/perfect phrasing you inevitably get with any ensemble patch. The same technique could be applied to virtual choir parts: a few real ooh & aah overdubs, mixed in very lightly, can add humanity to the samples, especially when it comes to phrasing.

It can be easy to fall into the habit of relying on the excellent virtual instruments at our disposal, but it’ll never hurt - and often it helps considerably - to include one or more real, live tracks to augment those digital simulations. Even in this increasingly digital world, sometimes what’s really needed is just a little of that human touch.