Can you really draw parallels between a book on the art of seduction and the process of music production? G.W Childs thinks so! Here's his take on it.

Robert Greene is an author I’ve been repeatedly running into again and again on Netflix and Marvel’s ‘Luke Cage’. After seeing a criminal apply Greene’s ‘Laws of Power’ to his underground operations, I thought it might be fun and insightful to apply Greene’s ‘Seductive Process’ to song composition and creation. After all, a song should it succor the ear, the soul shall sing, in turn. And joy spreads rapidly on the dance floor!

Though often used in context with eroticism and French poetry, seduction is a technology to some, and a lifestyle to many even though the many may not know it. And while the syntax of antiquated poetry may not be fitting for the regular dance floor, seduction, if you understand it even a little bit, can fundamentally alter the way you not only look at the world but also how you create music. Look at how well seduction has worked for politics!

Greene outlined what he’d learned from heavy study of history’s most inspiring, conspiring and notorious businessmen, raconteurs and players, and broke the classic seduction process into four phases.

Though some of the steps within phase one sound harsh, or a little creepy (Step 1. Choose the Right Victim), they all apply. However, if I were to condense the entire phase in to one major step, the actual title of the phase fully covers it: Separation- Stirring Interest and Desire.

A song is a seduction process and the beginning needs to be interesting and seductively guide the listener in, and hopefully keep them listening. If you listen to a lot of the dance, techno, trance, dubstep, house, EDM, and any of the other genres, especially in the bigger club hits, the songs usually take a long time to build up. But when they finally do, they deliver.

This is where the Art of Seduction teaches something very valuable for song creation: spend more time on your song openings and intros (foreplay)! And make sure to pull back sometimes in instrumentation, vocals or drums, so that the listener has a chance to want to hear more. As songwriters, we’re often so eager for our audience to listen to the meat of the song, inherent in choruses and verses, that we forget about building up the song, and creating an experience that draws the listener in.

Next time you think your arrangement sounds a little too ‘cookie cutter’, try extending the song’s introduction and dropping in some one to two measure breaks after your verse, or a chorus. In Ableton, this is easy to do! I like to drop in empty sections by drag-selecting the sections of my arrangement where I feel the space is needed, and then using the Command+I shortcut (Insert Silence) to make a hole for new sections that will help draw out the song, and build up some relaxed, open sections before I hit them hard with those choruses. As well as giving my listener some breathing room, after that chorus rocks their world. It may seem scary to cut a few chunks in to a finished song, and then building a section in between. But trust me, the extra attention adds more to the picture as a whole. 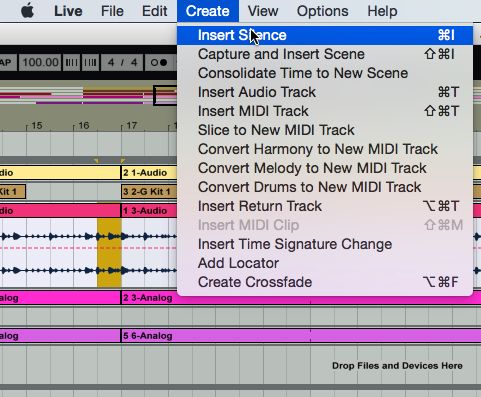 Also, going back to the beginning (especially when you’re working on a song that you might consider complete) forces you to listen to the song from the beginning and become a little more strategic in the experience that you are creating for your listeners.

Predictability can kill any relationship. That’s why you want to break things up in your performance and your arrangements. This can be done in may ways through means like key changes, moments of silence and programmed effects changes. Sound effects are an amazing way to do this, for several reasons. They add an additional sense of depth and break up the monotony.

Great sound and transition effects can be purchased on a number of different websites. But if you really want to have some fun, try sampling some sounds of your own! Maybe record a door slam, throw some reverb on it, and use it to end a chorus with a loud crash from your very own closet! Or, record some rain or wind blowing outside and put a little ambience at the beginning, end, or during a break in a song to transport your audience momentarily. Or do exactly what the pic below suggests: I recorded some flamingos at the zoo and used their sound as an ambience in my song! 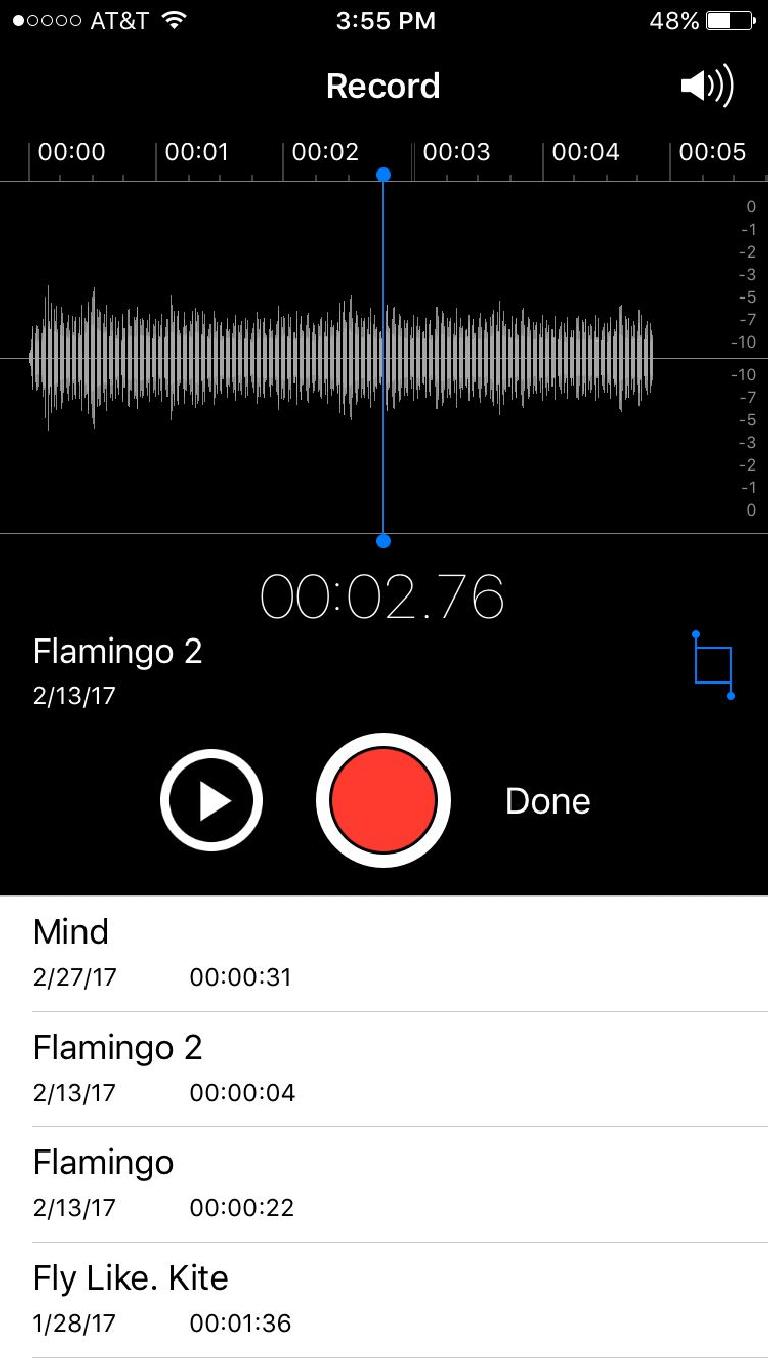 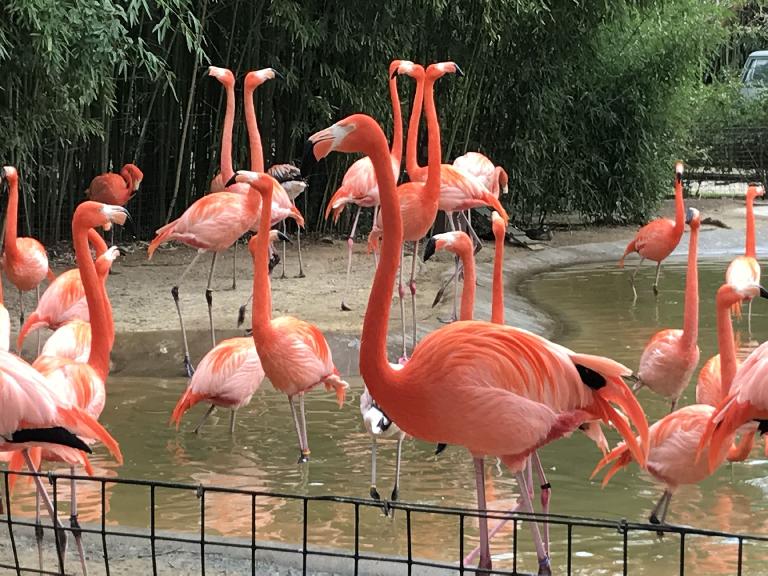 Phase Three: The Precipice - Deepening the Effect Through Extreme Measures

Polarity is always being brought to the attention of the reader, during the Laws of Seduction. Relationships of any sort are a gentle dance where both parties come together, pull away, and come back together again. When you date someone new, you don’t immediately move in with them. You get to know them, little bits at a time, and you either start seeing more of each other or the relationship fizzles out and you don’t hear from them again.

Songs are the same way! You come in a little bit with an instrument or two, and build up, drop big verse and chorus, and then pull back again. With each visit, you want to make it something special so that your listener doesn’t wander off.

Try to up the changed things a little each time you have to repeat a different section of music, like a verse, chorus or hook, by adding in a different instrument, a new effect, different drums, or vocal variations. For your second verse, try removing an instrument that was there before, or adding in a drum loop that ups the intensity of the mood you are trying to create. By adding in slight changes and even increasing the intensity of emotion in the vocals, or maybe adding just a little more fuzz on the second chorus to your guitar, you give the listener the impression of things ramping up. This builds excitement and builds interest!

For example: I evolved my flamingos, in a different part of my song and made them a transition effect where the volume slowly builds up and brings in a new section of music, and a filter does something completely different with them! 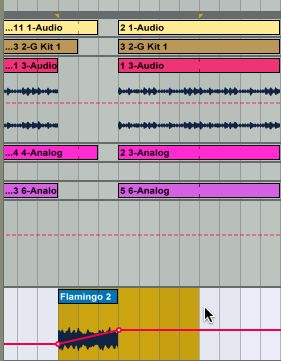 Phase Four - Moving in for the Kill

For me, I like to have at least one big explosion during a song, whether I am the listener or the creator. Granted, a lot of people know how to go out with a bang- throw a bunch of crash cymbals on the end of a sequence, and throw a few vocal takes over the main chorus. But few these days seem to realize the power and sheer strength of a good keyboard or guitar solo! There, I said it!

Songs need to climax, and what climax have you ever had where there was just a phrase being said over and over again. Well, maybe I can think of a few. But, climaxes tend to be built up of screams of joy and laughter. Things blowing up! It’s less about words and more about the power of what’s being represented. Never underestimate the power of a brilliantly programmed or played solo for ushering in a final chorus that will leave your audiences head spinning. A great example is the guitar solo in ‘Smells Like Teen Spirit’ from Nirvana. Kurt drops out from the mic. A guitar solo is played that is reminiscent of the chorus... Things cool down... Then, bam! A hard hit with the last chorus, and out.

The beauty of the Art of Seduction is that while there is ample suggestion for creating in a way that guides your audience. I would heartily suggest exploring the book for your own extended workflows. And definitely invite you to try drawing two mediums like literature and your music together. You never know what you’ll learn.