Language
If you've used Logic Pro's Sculpture then Chromaphone 2, acoustic object synthesizer, using acoustic resonators to generate sounds will be somewhat familiar. And there's so much more to Chromphone 2.

Chromaphone 2 is a synthesizer which uses acoustic resonators to create drum, percussion, mallet, string, and other unique instruments. Drumheads, bars, marimbas, plates, strings, and tubes are combined into pairs and played by a configurable mallet and a flexible noise source. A proprietary coupling technology, which models precisely how vibrating objects interact and influence each other, captures key acoustic behaviours of musical instruments, resulting in a library of truly expressive instruments in a vast range of sonic colours.

“There is nothing quite like Chromaphone with its mix of acoustic modeling and synth-like features,” says Philippe Dérogis, CTO of Applied Acoustics Systems. “Its sonic palette is remarkable and it reproduces the feel and responsiveness of real- life acoustic instrument. With this new version, Chromaphone now benefits from a full multi-effect module and an arpeggiator, which greatly expands its scope, but, most importantly, we have reviewed every module in order to give Chromaphone a sharper response and make it even more responsive and expressive.” 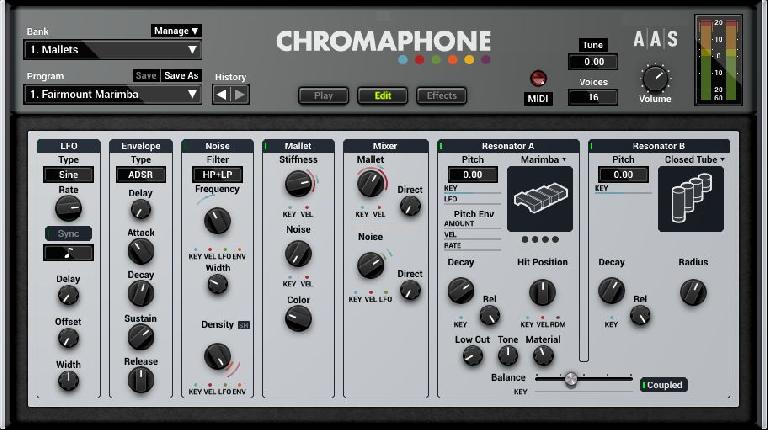 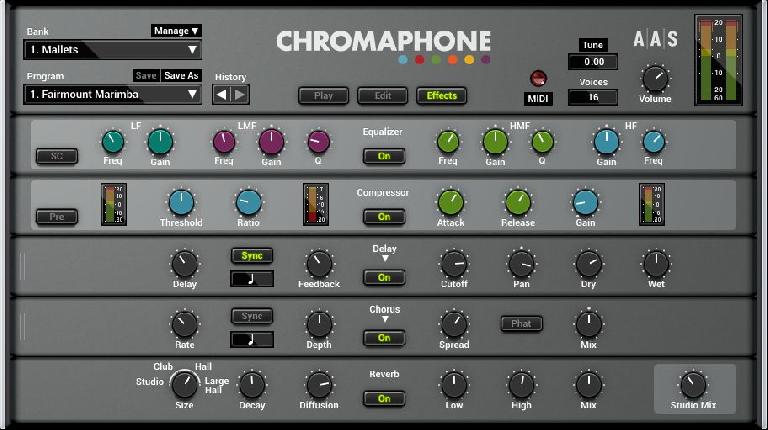 Chromaphone 2 is available now at a suggested retail price of US$199. Until April 11, 2016, it is offered at the introductory price of US$149. During this period, every purchase also includes the new Synbiosis sound bank by sound designer Daniel Stawczyk—an added US$39 value.