WWDC 2020 announcements from Apple were seminal. But with Macs switching from Intel to Apple Silicon should musicians and audio producers be concerned or confident?

Anyone that's been through the big transitions in Apple's history like OS9 to OSX and PPC chips to Intel knows there's always some teething issues at best. So, you'd be forgiven for feeling some kind of trepidation after Apple announced they will be transitioning their Mac line up away from Intel to their own silicon chips using the technology and expertise they've been employing making chips for the iPhone and iPad and iPad Pro devices.

A Change For The Good?

It's likely to be a bumpy ride in places. All transitions have that possibility. But, in this instance Apple will have full control over their own hardware processors and, in theory, should be able to optimise and tailor performance to their own apps, like Logic Pro X, so the end user could really benefit. Read, more power!

Power To The People

If you've used an iPad or iPad Pro recently you'll probably have experienced how quick and effortlessly powerfully it runs some intensive apps without breaking a sweat. Apple are consciously aiming to use their ARM chips in the Mac to enable higher performance with lower-power consumption. It's going to be interesting to see how this translates to our favourite music making apps. I'm hopeful that Apple's control of the hardware and software side will lead to improved performance for Logic and other DAWs.

In fact, Apple announced that Logic Pro X and Final Cut Pro X are already natively running on the new ARM architecture. So once the new chips in the new Macs start becoming available we're hoping this should ease the pain in the transition for a lot of users. 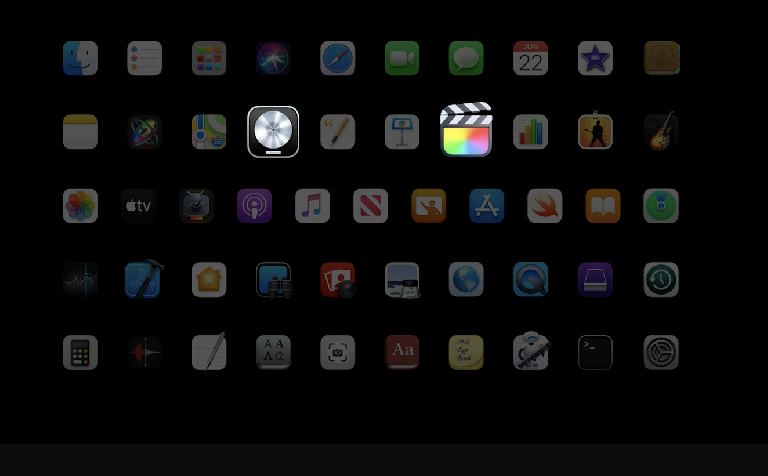 But wait... 3rd-party plug-ins and other DAW software (Cubase, Ableton Live, Studio One, etc.)... what about the update nightmare that often ensues with software between versions of MacOS, let alone a completely new type of computer processors? Well, yes, Apple are giving developers the Universal Quick Start App program by end of this week so they can hopefully start porting over their plug-ins to the new processor platform in good time.

Anyone that remembers the move from PowerPC to Intel will probably recall Rosetta. This bridging app, somewhat less efficiently, allowed old apps to run on the newer Intel Macs and will aim to do the same for Intel to Apple's own A12Z Bionic chips (or whatever chips they design for the Mac).

It's an exciting time that will likely lead to iOS and MacOS product lines merging or at the very least becoming closer, and it may also result in Logic Pro X running on iPad Pro in the near future too. Who needs a touch-screen Mac when you have an iPad model that's as powerful as a Mac and can run the same software...?

At the same time, Apple tells us they'll be supporting Intel Macs for many years to come and there's even new Intel Macs to be due to be released in the future. So, don't throw out your current Mac just yet! In fact, if you're happy with your current setup then there's no need to change things up for at least the next two years after the transition has reached a more mature and processed stage.

The transition is expected to take two years and Apple are confident they'll have the first Macs running their own Silicon chips by the end of 2020. While many musicians and producers may prefer to hold off from jumping straight in, at least with their primary studio Macs, this is going to be a transition that likely leads to more powerful Macs in the long-term, greater efficiency, lower power-usage (better battery times?) and tighter integration between the iOS and MacOS platforms.

If you're already wondering whether you should update as soon as possible to the new Apple Silcion Macs, just bear in mind that if your current Mac-based music setup ain't broke and it's doing what you need it to do, then don't rush to fix it! This transition is in the earliest of stages. We recommend sitting back, continuing to make music and keeping an eye on what's happening with performance and compatibility with the upcoming Apple Silicon Macs before jumping straight in.

Whatever processor your computer is running you can still make music! Learn how to use current software, plugins and hardware like a pro in our Ask.Audio Academy online courses.