Apple Dropping Intel Chips: What This Might Mean For Mac Musicians

All the signs point to Apple transitioning its Mac computers away from Intel and onto its own processors. And the implications for musicians could be huge.

Numerous reports have surfaced recently suggesting that Apple is planning to stop using Intel processors in some of its Macs starting as early as 2020, and replace them with its own, custom-designed CPUs - ARM-based models as used in its iPhones and iPads. The industry obviously believes these reports are credible, as Intel’s share price immediately took a hit when the news broke.

To understand why this is big news it’s important to understand a bit of history. Back in 2005, Apple found that its chip supplier of choice - Motorola - was falling behind Intel in the Gigahertz wars. More importantly, it was proving unable to deliver a reliable low power consumption but high performance chip at a time when laptops were starting to become much more popular as serious work machines.

Apple ditched PowerPC for Intel and although the results would end up being far faster portable Macs, there was a period of turmoil for users. Apps had to be made “universal binaries” for some time so that they would work on both systems, the code base for each being completely different. Eventually this was phased out leaving only Intel code supported, but also in the process marooning some much-loved plugins, instruments and applications, never to be updated again. 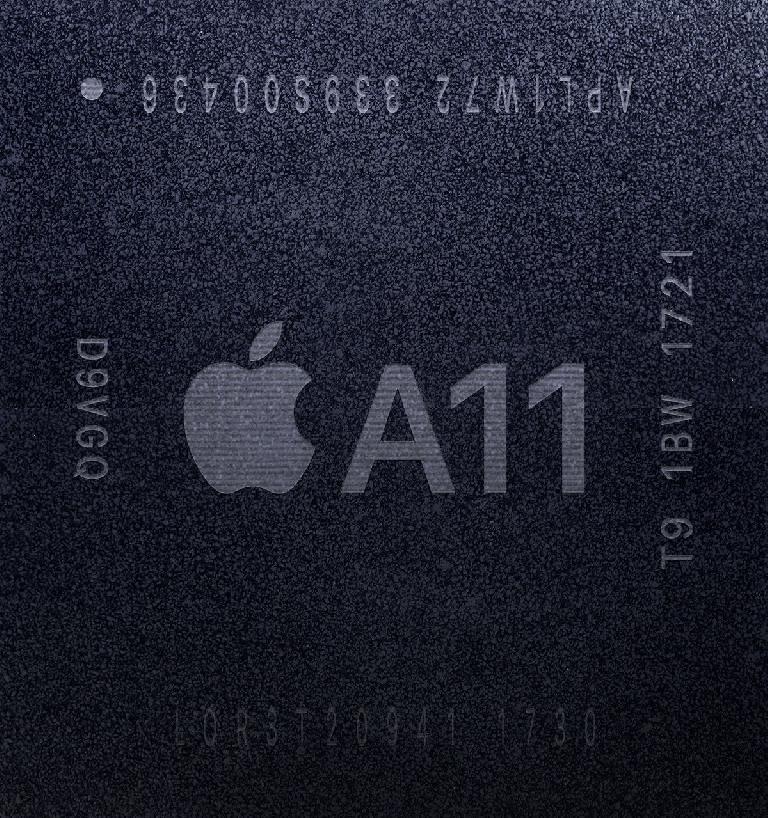 The situation with Intel and Apple now isn’t quite that bad - Apple’s ARM-based CPUs and Intel’s architectures do cross over, though they’re not identical. What gives extra fuel to the fire however is the accompanying news that Apple has been working on a way to allow iOS apps to run natively on the Mac, a feature that is reported to be coming in iOS 12 and OS X 10.14. Seen in this context, shifting Macs - likely beginning with MacBooks - onto Apple’s own silicon would make any such development much smoother. The flip side of course is that you have to ask what happens to Intel-optimized apps with years of development behind them. Can NI’s vast software stable, Cubase, Pro Tools, Waves and hundreds of other products be ported over without massive disruption? We don’t know yet.

Wait, Do We Want This?

In a word, yes. Although OS X and iOS share some foundations, they are currently not the same. The Mac OS is a mature desktop OS with fairly free user access to the system, mouse support and can be extensively customised. iOS is locked down hard - you can’t pick around in the system, there’s no mouse support, multitasking is still pretty limited and so on. 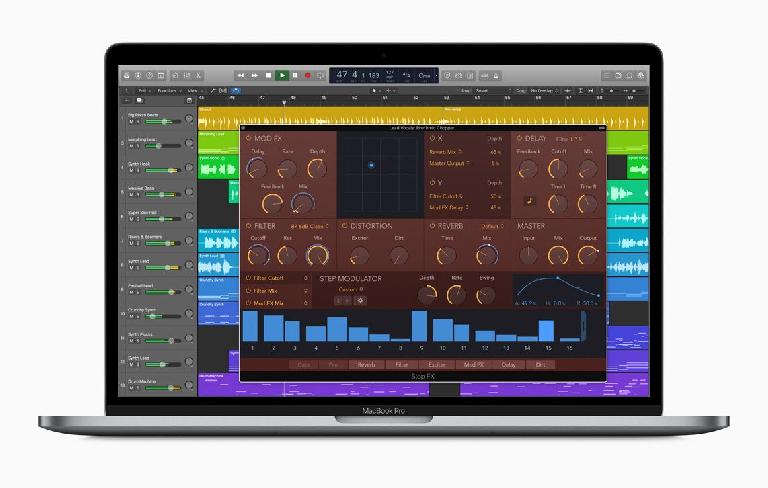 Musicians at present have some good options when it comes to making music on iOS but there’s no getting around the fact that if you want to go from GarageBand on iPad to Logic on the desktop for example, there’s a transfer process to go through. The two apps are not the same, even if they can exchange some project data. Now, imagine if your Mac and iPad ran the same CPU and the same, or very similar operating systems. Combine this with enhanced iCloud support (surely in development) and you can really see a future where the lines between desktop and mobile become blurred or even disappear altogether. That Waves compressor you bought for your Mac? Also runs on the iPad. Built a Live Session on your iPhone? It has already synced via the cloud to your MacBook.

Some users will speculate that all this will necessitate a touchscreen Mac. After all how can you use touch-based apps without one? Personally, I’m not so sure. Apple could have made a touchscreen Mac years ago if it had wanted to but it hasn’t. More likely, the company will make developers adapt their apps to support both mouse and touch input. Apple isn’t afraid to annoy developers, but from the devs' point of view, the ability to code once for mobile and desktop is going to be very tempting. No more developing for two platforms. And for users, you’d be able to buy once and use the same software across all your devices - potentially a massive benefit. It’s also conceivable that Apple releases an enhanced trackpad that can interpret touch even more extensively than the current models.

Wave Of The Future 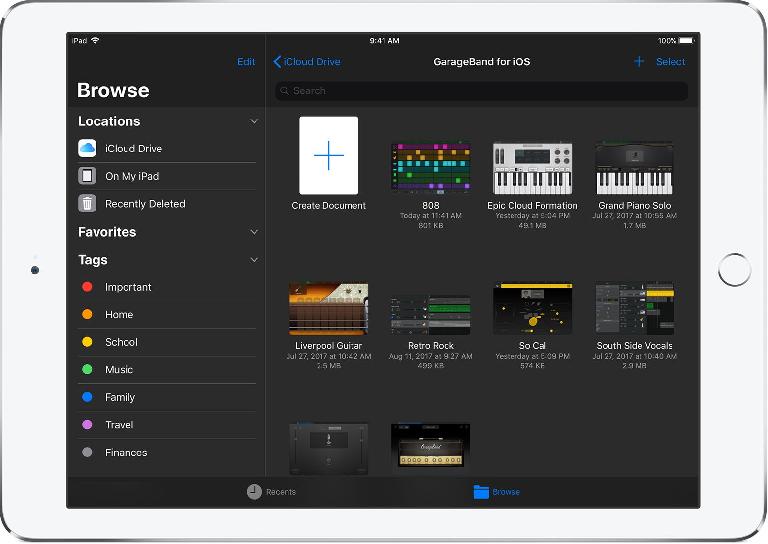 Let’s be clear, this isn’t all going to happen next week. While Apple’s A11 processors are indeed faster than Intel’s lower end offerings, there’s still a huge leap up to the performance levels of Intel’s faster chips that power the Pro ranges and iMacs. This is why it makes sense that they would start with MacBooks, where performance expectations are currently much more moderate. Apple has form here, and you testbed this kind of stuff, starting in one area, refining and eventually rolling it out across the whole range.

So while you might currently think of your iOS devices and your Mac as essentially separate systems for music, they will not always be so. We have seen the early green shoots - Ableton Link, wireless MIDI, iCloud - that have begun to break down the barriers between platforms and devices. But if Apple does move its Macs to its own CPUs, then in time, music production workflow as we currently know it could be completely revolutionised. For many producers, that day can’t come soon enough.

Martin
One point of fact that's actually somewhat important ... Apple switched to Intel entirely because Microsoft bought up all the production of the G5 chips for the new (at the time) Xbox, leaving Apple in the dust. It was certainly a Machiavellian move by Microsoft, and a real slap in the face to Apple given their long support of Motorola. From Microsoft's point of view, the G5 PowerPc chip was vastly superior in the graphics department (at the time) than Intel's offering, which I suppose somewhat validated Apple's use of the chip in the first place. And it was also faster than Intel's offerings at the time ... so it wasn't really due to the PowerPC chip falling behind in "power" ...

The ego maniac Steve Jobs went ballistic over the betrayal and thought to create his own chips even then, so as to never be beholden to a chip manufacturer again. But alas the iPhone was still a sparkle in his eye, and Apple didn't have the many billions of dollars in reserve that it has now.

So transitioning today is really just the continuation of Steve's dream towards full product production security - and of course, Apple has nothing else to do with their billions ...
raman
hi,
i am using my pentium based laptop on window 7, gb ram. due to re occurring crashes i want to switch to higher configuration like i5.... but on other hand i sometimes attracted toward mac. very confused. and the article fueled it more. so please guide me. i am an amateur audio video editing learner. hope for your kind suggestions.
Thunderbolt
At the time (2005), G5's CPUs were not made by Motorola.
Motorola made ealier G4's CPU named PowerPC G4 Freescale.
G5's CPUs were made by IBM named PowerPC G5 which was released in 2003.
They were also used later in the first XBOX made by Microsoft.
IBM did not manage to lower the heat of the G5 CPU so Apple could not make their G5 based laptop, a PowerBook G5 that was never released.
So they ditched IBM PowerPC G5s and went with Intel by producing their first Intel Core Duo based MacBook Pro in 2005, then their first Intel Xeon based Mac Pro in 2006 along with the new Intel Core2Duo MacBook Pro (which I owned).
Thunderbolt
PowerPC G5s were not made by Motorola.
Motorola made the PowerPC G4 Freescale.
But the PowerPC G5s were made by IBM...