'˜Hot-rodded' hardware included from the ground up to include six ARM-based DSP processors makes this new audio interface from Antelope a formidable beast indeed. 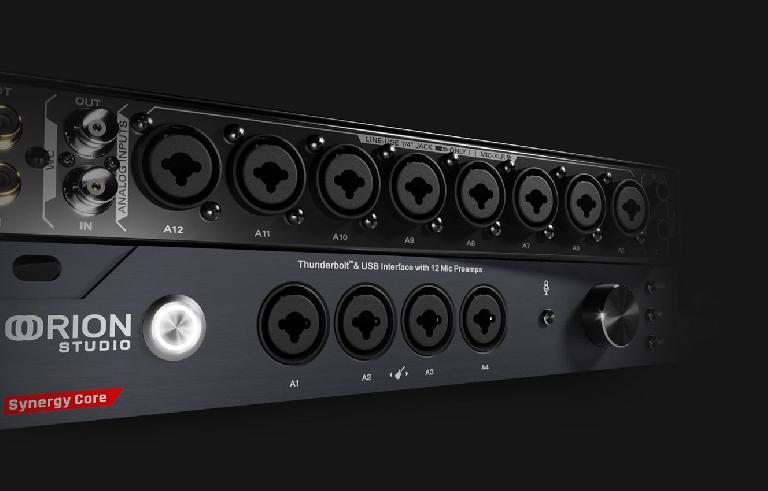 Thunderbolt™ and USB connections combined with 12 of Antelope Audio’s discrete mic preamps, extensive analogue and digital I/O totalling 30 simultaneous inputs and 22 simultaneous outputs (including DC-coupled I/O for CV control of analogue modular synths), upgraded D/A conversion, and unprecedented onboard processing power with access to those 50 included real-time effects make for a well-oiled machine like no other audio interface in its class. To power up Orion Studio Synergy Core is to see and hear this ‘hot-rodded’ workhorse make light work of any recording or mixing project put in its (superior signal) path!