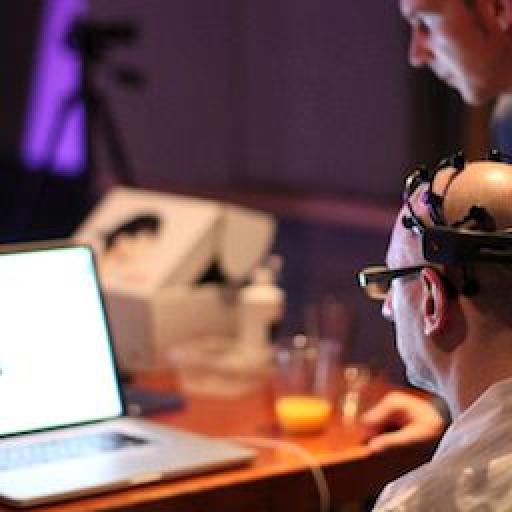 Language
Hello ladies and germs, I just got back from the Audio Engineering Society show 2012, and I am 'hear' to report that The State of Video Game Audio is SOUND!

It's that time again, the game industry is once more going through a tidal flux, things are shifting and gamers are feeling the same financial wooziness that the music industry has been going through for the last several years. Console sales are down at the same time that venture capital money is pouring into Apps, Cloud Gaming and social media companies, where sales are up but, the competition for your hard earned .99 cents is fierce. Where shall this all lead? Good question true believer! All I know is that there are still a lot of great opportunities available in audio for games, and AES 2012 showed great focus on the present and future of game audio. Here are just some of the highlights'¦

This was a fantastic panel discussion with some of the top companies and individuals dealing with developing teaching and training materials in sound for games. Steve Horelick from macProVideo gave a short opening ignition-style talk and did a lot to turn people's minds to the fact that as online education is developing and growing it is becoming the go-to resource, not just for individuals, but also schools and programs around the world. 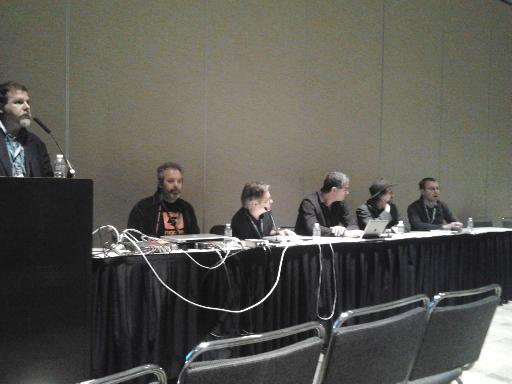 Steve Horowitz and Steve Horelick at the educational Panel at AES. along with Michael Sweet, Matt Donner, Scott Looney and Stephan Schutz.

The thought of MPV as an online library covering game audio (and so many other topics) is a compelling one and a great way to go green and leave paper textbooks behind. Younger students are very comfortable with digital media and its immediacy which easily becomes irresistible. Stephan SchÃ¼tze from FMOD and Matt Donner from Pyramind were also in agreement on this point as well as the increasingly important need for schools to be online and in touch with the current needs of students around the globe. Michael Sweet from Berklee in Boston, was eloquent in reminding us all just how much work goes into making sure that students are not only getting a top flight education that gives them a real world view but, that they also have the skills to understand the current issues in sound for games and take the lead in creating increasingly adaptive soundtracks.

Scott Looney spoke on the fact that as more and more game audio programs become available, it will become increasingly important for those schools to decide how deep into programming they want their students to go. All seemed to agree that a firm knowledge of the unique workflow and programs available in game space, and how things work under the hood is essential. It was also great to meet educators from around the world that have been charged with creating both undergraduate and masters level degrees in game sound. My personal feeling is that game audio education is at a very similar place to where jazz education was back in the day. It is starting small, but very soon, every school with an audio technology or music program will have something to offer.

The Business of Game Audio

As you can well imagine, this forum was packed with students wanting to find out how to get a job in the field after they graduate. Charles Deenen from Electronic Arts gave them a great overview of the work that is available out in the field and an overall state of the union with his opening remarks. Adam Levinson an LA based talent agent, was quick to point out that the market is changing very rapidly now and that jobs are harder to come by, especially in the console game and triple A titles market where sales have dropped by 20 percent and are continuing to fall. With that being said, Richard Warp from LeapFrog pointed out that the smaller format games like, iPad & iPhone, cloud gaming and online, are on the rise and that there is a ton of investment money and work available in those sectors of the industry.

Everyone seemed to agree that the overall game market and the process of '˜Gamification' of all facets of life is on the rise but, that the digital distribution revolution is causing tidal shifts in the industry. This means that people looking for work in game audio will need to be more entrepreneurial and innovative in their approaches than ever before. The jack-of-all-trades approach is back as smaller companies with new and innovative projects will need sound dogs who can do it all: from music to sound design, voice-overs to recording, editing and even implementation.

Watch out, On Friday afternoon Richard Warp Moderated a fascinating panel all about neurofeedback in games involving electroencephalography (EEG) via Brain-Computer Music Interfaces (BCMIs). I know this sounds like science fiction but, we all watched enthralled as Richard controlled sound and music inside of a UNITY game level, using only another panelists brain hooked up to a headset made by Emotive Systems. 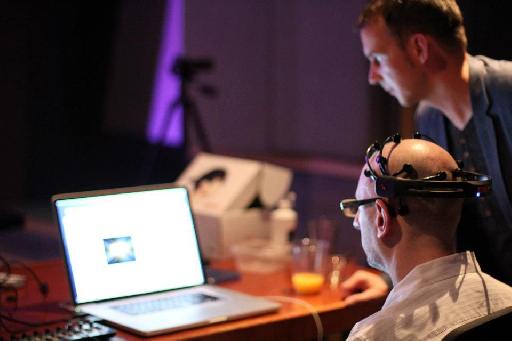 Doctor Adam Gazzaley, director of the Neuroscience Imaging Center at UCSF, made a compelling case for how these types of interfaces and technologies are in the process of transforming not only the way we think about and play games but, also many different fields in medicine and science. Jim Hedges, composer at Zynga who has had a long history of creating interactive and adaptive soundscapes for games was quick to point out that as a creative artist, this technology gets right to the heart of what separates games and other interactive media from film and linear media. The more feedback one is able to create from the user, the more we will see games of the future tailor and change themselves to the emotional and physical states of the player in real time.

Imagine a game where the music changes tempo as a result of the heart rate or biometric patterns of the player. Far out stuff, but a lot closer to everyday reality then any of us think, as much of this is already happening in controlled laboratory settings. Later on that evening, ManHatPro West and Pyramind studios hosted Richard, Dr. Gazzaley, Ned the Neuron, Tim Mullen and Dr. Gautam Agarwal from the Redwood Center for Neuroscience for a fantastic mixer/networking event, where everyone got more complete demonstrations of many of these futuristic technologies. All in all it was the highlight of this years show for me!

Lastly, I have to mention this years emphasis on the new HTML5 audio standard that is being thrashed out by the W3C working group and other interested parties in the game world. The World Wide Web Consortium (W3C) is an international community where Member organizations, a full-time staff, and the public work together to develop Web standards. Due to the fact that iOS devices do not support Flash, there is a big push on to produce a stable standard for all audio that can play in all web browsers. The panel, chaired by Roger Powell of Electronic Arts (EA), who has had an incredibly long career in music (including being the keyboardist of the rock band Utopia), was entitled 'Game Audio In a Web Browser'. It consisted of sound design veterans Guy Whitmore of PopCap Games (now owned by Microsoft), Chris Rogers of Google, and Owen Grace, senior software engineer at EA.

Guy demonstrated his Flash-built games, using extended XML scripting by an in-house programmer to get a little more functionality, like dynamic fades and stem mix and music cue management. Next up Chris Rogers, the main programmer at Google behind the WebAudio API, outlined the basics of how it works and how it can be extended to encompass practically every professional audio need. A DAW in a web browser? It's more of a reality than you might think. 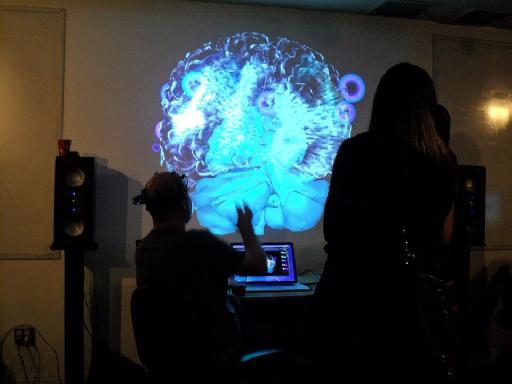 There are already a lot of proof of concept demonstrations working out there that you can try. Check out http://www.html5audio.org for links to more awesome demonstrations of this technology. Owen then came up and proceeded to blow our minds, first describing the basic game audio system they designed on top of the Web Audio API and then demonstrating it piece by piece. Things like composite sound effects tracking for an animation where the speed of the animation was set inversely to volume (so the faster the animation ran, the lighter the step sounds were), HRTF (binaural) panning with pseudo Doppler-pitch shift, filtering, triggering multiple layered sounds quickly, triggering with randomized pitch, dynamic music management with 6 layer stem mixes were no problem and played with no issues in the Chrome browser on a 3 year old laptop!

The Q&A afterward brought things back down to earth, and focused on the reality of the situation regarding widespread adoption of Web Audio APIs. Limited support (newest Safari and Chrome only). Ogg files can't play back on ANY iOS device natively (the game demo was done with Ogg files). Nevertheless, everyone is ready to fight the good fight, and once the rest of the world sees how incredibly awesome a gaming experience can be on the web with professional audio, I trust that demand will increase, and hardware and software companies will realize they should support it.

All in all, this is just a small sampling of what was presented at this years Game Audio conference track, there were a lot of great presentations covering a wide range of topics. in my mind, AES continues to be a vital link for audio professionals from around the globe.

On a sadder and more somber note, Jeff Essex, a long time member of the game sound community, a talented musician, teacher and dear friend passed away just a few days after the show. At AES this year, Jeff along with Jory Prum did a fantastico-presentation on HTML5 Audio, which I unfortunately could not attend because I was busy moderating a panel at the same time.

The IASIG (Interactive Audio Special Interest Group) has put up a memorial to Jeff at this link http://www.facebook.com/iasig?fref=ts

Please go there, there is a great interview with Jeff from a few years back all about how he got involved with game audio back in the day. While there, please feel free to share any thoughts or stories you might have. Jeff was a much beloved member of the community and we will all dearly miss his energy, enthusiasm, wisdom and understanding... most of all I will miss his wicked sense of humor! 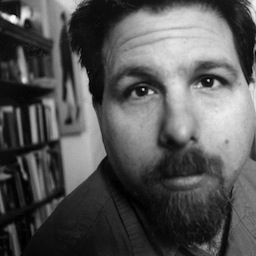 Steve Horowitz, best known for his original soundtrack to the Academy Award nominated film, â€œSuper Size Meâ€, has also worked extensively on hundreds of games in a variety of formats. His revolutionary work in interactive entertainment has garnered him Grammy, Webby and BDA awards. His latest work includes video courses on Game ... Read More

I do not think we'll ever seen Ogg support in Apple products for a simple reason: patent trolls and protection from them. Ogg Vorbis claims to be unencumbered, patent-wise, but that doesn't mean it is truly free of those entanglements. There simply is no one taking responsibility for any claims against the codec for infringing, leaving large companies open with bull's eyes painted on their deep coffers.

AAC, however, is defended by MPEG-LA and Dolby, and therefore it is safe for a big company to support it, as they have done their due diligence in licensing the technology from a specific source.

Regardless of what you think about patents and litigiousness, I don't expect to see any of this changing.

What we need is for Firefox to support codecs people actually use, as opposed to the codecs they think people *should* use.