Delay is a powerful effect to use in any production and capable of much more than simple echo. Here are 8 advanced ways to use delay in Reason.

OK, not actually AS reverb but instead of it. When you use reverb you add space to a sound but this isn’t always suitable for a part or the track as a whole. The “wash” effect that comes with some reverbs might not be what you want for a particular sound, but you do want to add some sort of depth. In these cases, a very short, usually single-tap delay can do the trick. If you look at the RV7000 you’ll see that among its algorithms, which can be changed using the knob at the top left of its control panel, are two delay options - Echo and Multitap. Set these to a very short echo time and low diffusion value and you can get a sort of slapback reverb effect which gives more depth but without the washiness. This works better on monophonic or simpler sounds - drums or strummed chords will accentuate the echo effect rather than simulating a short reverb.

The Echo is a very cool effect modelled on Roland’s classic Space Echo, but of course in software format it gains extra powers. Spin the unit around and you’ll see that it features special breakout jacks which allow you to insert other effect devices into the feedback loop. The signal is processed externally and then fed back into the loop, meaning that each delay repeat will be more coloured by the effect(s) connected to the breakout jacks. It’s a good way to get really complex delay effects and combine them with with other effects as well.

Sticking with The Echo, give this a try. Initialize the device by selecting Edit > Reset Device with the Echo selected. Then set the delay time to minimum and increase the feedback to 100%. Enable Diffusion and increase the Amount to maximum. Then play a drum loop though The Echo. You should find you are generating crazy experimental ambiences - and you can alter these by playing with the controls - especially delay time, feedback amount and diffusion amount.

It’s a great way to take any sound and process it in an extreme way that sounds like a vintage analog synth or noise generator. You can even record the results as audio as you play with the controls (or automate the controls and bounce down) and then use the audio files as textures for other purposes.

4. Finger On The Trigger 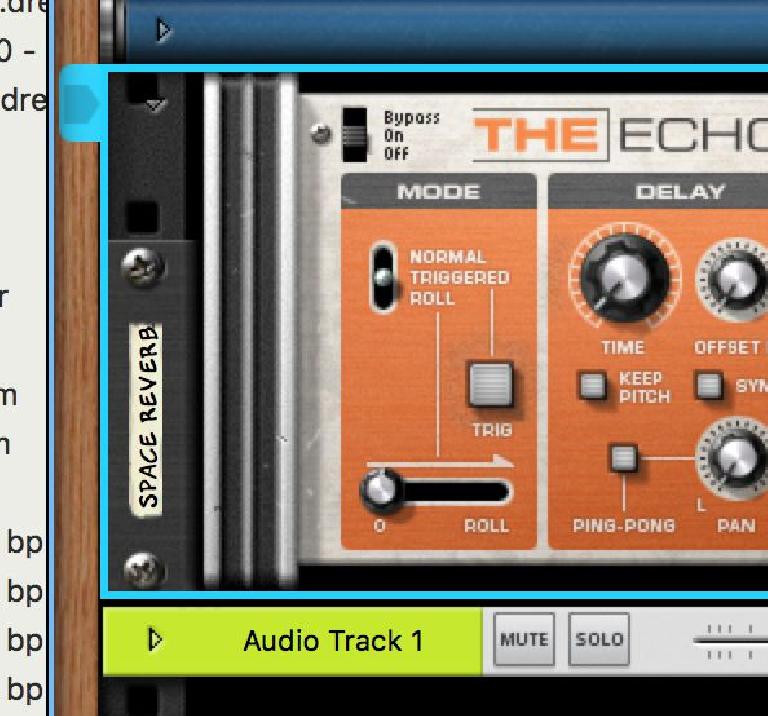 The Echo is a treasure trove of delay tricks. In the Mode section, set the mode to Triggered and make sure a delay preset of some kind is loaded - it doesn’t matter too much which one it is. Now, the signal will only be allowed to sound when the Trigger button is pressed. When not pressed there is no sound - not even dry signal. You can use this to punch in the delayed signal whenever you like, removing it (but allowing the delay tail to sound properly) when you release the button.

If you try this out you’ll find it’s perfect for dub effects and exactly replicates the classic dub producer trick of punching delay in on the fly. If you create a sequencer track for the Echo and automate the trigger on/off as you perform it, you can record the triggering so it can be edited later. In this audio example you can hear one dry drum track and the delayed track being punched in repeatedly over the top. 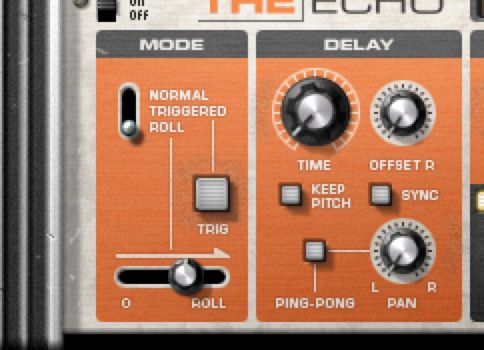 This is related to the previous tip but has a slightly different approach. Switch The Echo’s mode to Roll and the Roll slider at the base of this section becomes a sort of variable fader to bring in the delay effect anywhere from 0 to 100%. So you can use it to dynamically vary not only the amount of effect (which the Dry/Wet control would do already) but also the intensity of the delay effect, which dry/wet doesn’t affect. You can either ride this fader as you record and capture its movement as automation or set it somewhere between both ends to create a specific amount of delay feedback for a sound. 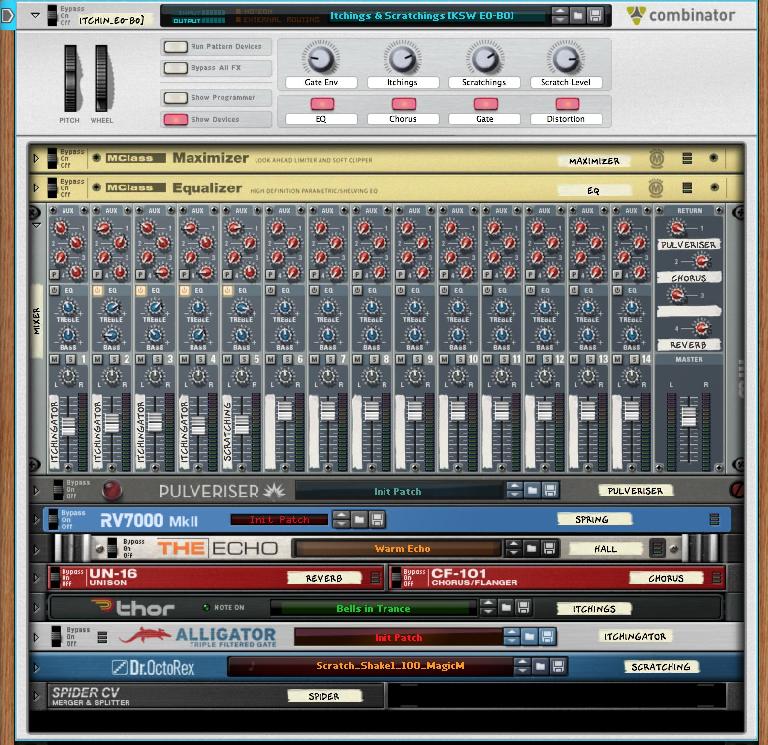 Like any of Reason’s modules - including Rack Extensions and now also of course  VST plug-ins - a Combinator or Audio Track module can hold multiple effects, often submixed together using a dedicated mixer inside the Combi. This can be a good way to perform advanced techniques like splitting left and right channels of a delay off and processing them individually, sending them to different channels in the mixer and many more. Thanks to Reason’s free patching system, the limit really is only your imagination.

The DDL-1 Digital Delay Line is one of Reason’s oldest effects modules, having been present since version 1! Although it’s sort of provided more for backwards compatibility these days, it’s still a solid workhorse simple delay for when you need something really quick and easy. For more interesting results, use a Spider Audio Merger / Splitter to start redirecting signals, or a Spider CV module to route CV from elsewhere into this old but reliable unit.

The Echo, like many other delay or echo units in Reason, has the ability to sync its delay rate to your project’s tempo. In many cases this can be a great thing as it helps you keep everything in time (albeit often at different rates like 1/4, 1/16 and so on) without worrying about the timing drifting off. However by un-syncing the device, you can create a much more freeform, experimental and weird echo result, especially at high time and feedback settings. Use this trick to create textures and sonic soundscapes from simple sounds, by building un-synced, ominous walls of sound using the Echo and other delay units.

Learn more about Propellerhead Reason in the Ask.Audio Academy: https://ask.audio/academy?nleloc=category/audio/application/reason