Adobe has rolled out a free update to its audio editing package with some tasty new features as well as a host of fixes. Here's what's new in Audition CC.

Adobe has a policy of rolling out minor updates to its CC suite of applications fairly regularly and this time it's the turn of Audition, the company's audio editing package. As well as a host of bug fixes, the software includes some cool new features to help your workflow. Although arguably not huge changes they represent useful tweaks and incremental improvements for all users.

Learn more about Adobe Audition with our courses, new for 2017 in the AskAudio Academy. 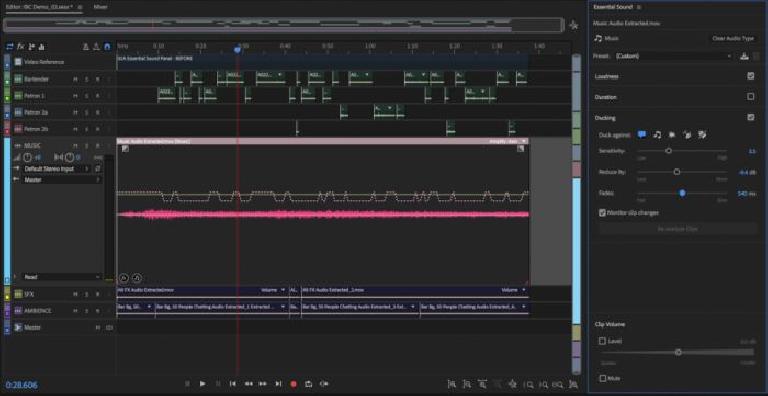 You’ve cut your dialogue clips, though you’re certain to adjust them later. You’ve aligned sound effects and environmental ambiances with the actions and scenes in your production. And you’ve brought in your music clips and dropped them into your timeline. But when you hit PLAY, the dialogue and sounds get lost behind that awesome soundtrack. Previously, editors would painstakingly add keyframes to the music clip or track volume envelopes. One-by-one. Dragging this one down, that one up. Eyeballing it at first, maybe, but then going over each one again and again to make sure the music volume dips just enough behind the other clips to allow the dialogue to be clear and audible. 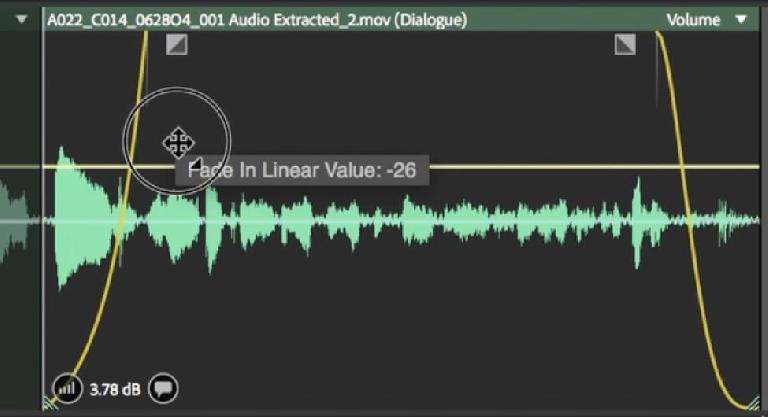 Clips now retain their position when stacked on top of each other. Whether you are piecing together a line of dialogue from several different takes, or punching in new words or phrases over an otherwise solid recording to fix minor problems or misspoken words, you want things to remain where you put them. In the past, clicking on a clip at the bottom of a stack would bring it on top, obscuring all those bits and pieces you laid on top. Now Audition will maintain the z-order, the layered position of each clip, so that you don’t hide those edits.Careful mixing, especially of highly edited content, usually requires making sure clips fade in and out just right so that the edits sound natural.

Generally, if an artists fluffs a line then just fixing a single word would save the day and allow everyone to go home a little early. With Smart Monitoring in the latest release of Audition, talent can now balance what they hear in the headphones to make sure they’re able to match the cadence, dialect, and performance of the original recording, while hearing themselves clearly speak the overdubs, making sure ADR is done in context of the original content and without distractions when their performance matters most.

Audio editors love their plugins, and as we found out, video editors get pretty attached to their favorites, too. Earlier this year, we put some effort into sharing Audition’s award-winning (did I mention that we won RedShark News’ “Best Audio Product” of the IBC 2017 tradeshow?) set of audio plugins with Premiere Pro. This enabled us to share the Essential Sound panel in both applications, as well as transfer all effect plugins and automation losslessly and non-destructively when sending sequences from Premiere to Audition. 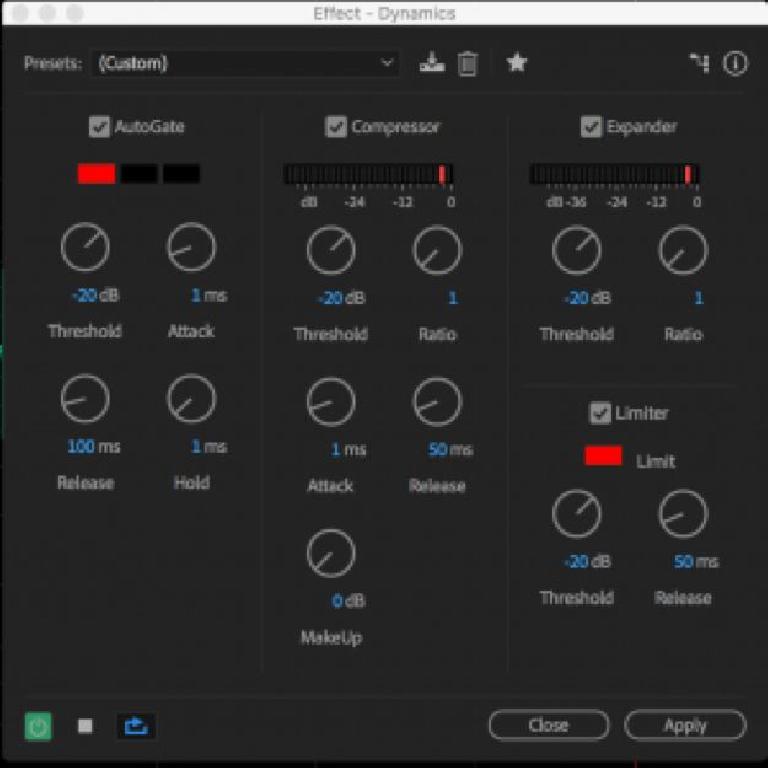 However, this also required deprecating Premiere’s old-in-the-tooth audio effects which were not High DPI aware and were no longer maintained.  While Audition offered several fantastic compressors (Dynamics Processing and Multiband Compressor being two of the most popular), we learned too late that many Premiere-based production houses loved the legacy of Dynamics effect. So we rebuilt a replacement effect using our modern DSP and UI, but offering the same simple controls and fantastic results.

The update is free for CC users to download now via the Adobe Application Manager.

Via Adobe: https://blogs.adobe.com/creativecloud/available-now-new-features-faster-workflows-in-audition-cc/
Learn more about Adobe Audition with our courses, new for 2017 in the AskAudio Academy.