A Reason User's Guide To Modulation

Reason has some of the easiest yet most powerful modulation capabilities of any DAW. In this tutorial, learn how to harness it to make a bass patch come to life.

Before We Turn The Rack Around…

Before we start pulling cables and moving things around, it’s important to note that a few of the modules and Rack Extensions that have been added in recent versions of Reason already provide extensive, mind-bending modulation on their own. These can significantly reduce the setup times that frustrated many when attempting to create basic electronica/DJ effects like ducking, sidechaining or trance gates, along with many other staple modulation effects that DJs, producers and musicians alike will all be looking for. Let’s talk about a really easy effect to reproduce in only a couple of steps with one of the newer modulation devices. 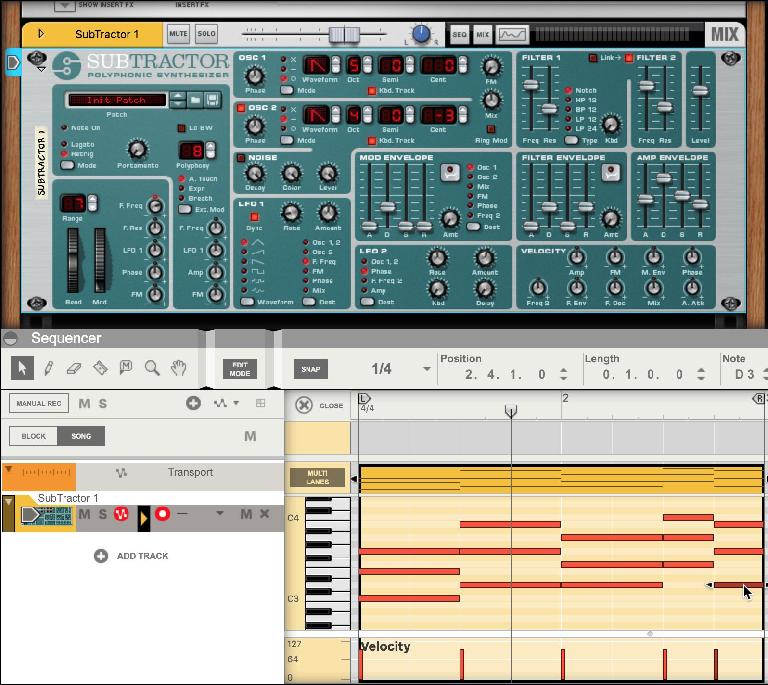 If you just want to achieve the bread and butter effect of having strings, pads or basses drop out when the kick drum sounds on a basic 4/4 beat rather than trying to set up a compressor and then the side-chain modulator, these days it’s a lot easier to use a Sychronous Timed Effect Modulator.

For example on an Subtractor organ patch that’s just playing 1/2 notes simply through my mix, I might decide that I’d like to add some quick, easy modulation so that the strings bounce around a 4/4 kick.

I can drag an instance of Synchronous either into the inserts section of my Subtractor’s Mix device or just drag it directly underneath the Subtractor. Once in place, I can drag the Pattern duration of the first modulator over to where it only  plays for four beats and then repeats. 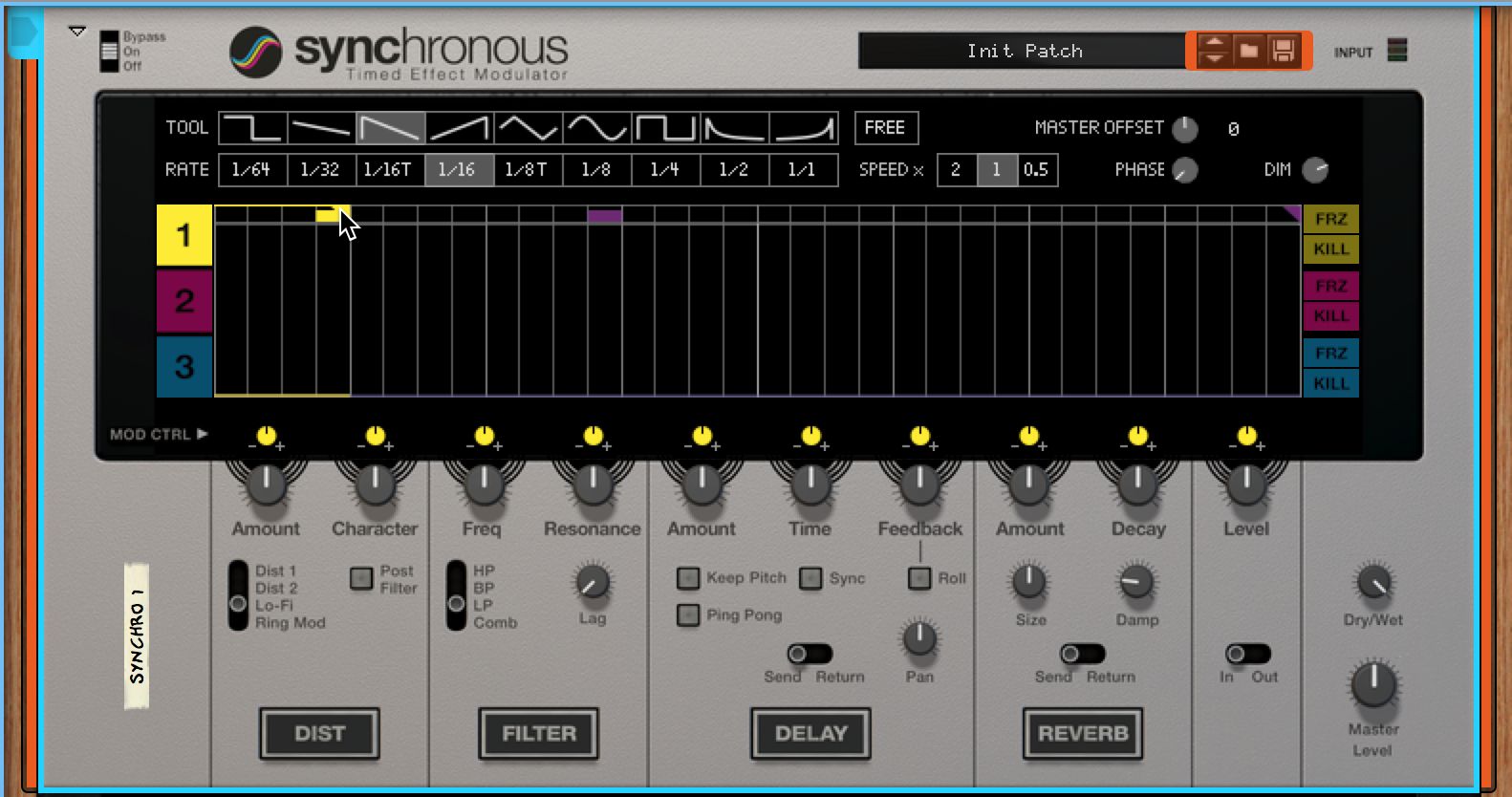 Next, I can lower the level of the first modulator and then raise the Modulation amount going to Level (or Volume Output). 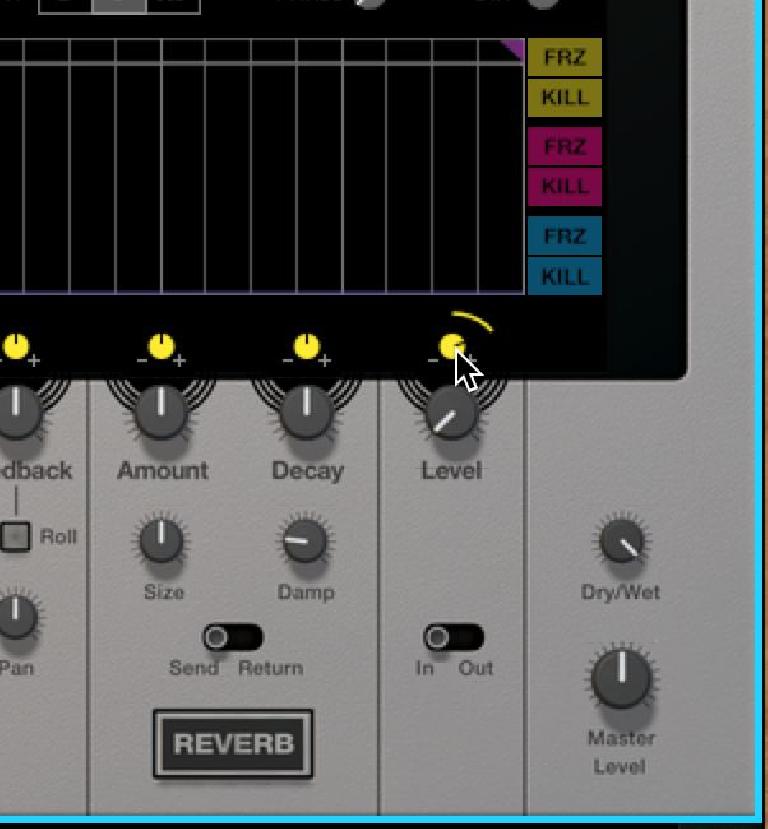 After I set the Pattern Resolution to a 1/4 note on Modulator 1, I’ll draw in a reverse sawtooth pattern spanning the entire 4 bars I’ve set up in Synchronous. And once I hit the play button, I’m greeted with the familiar ducking heard so  frequently in modern dance music. 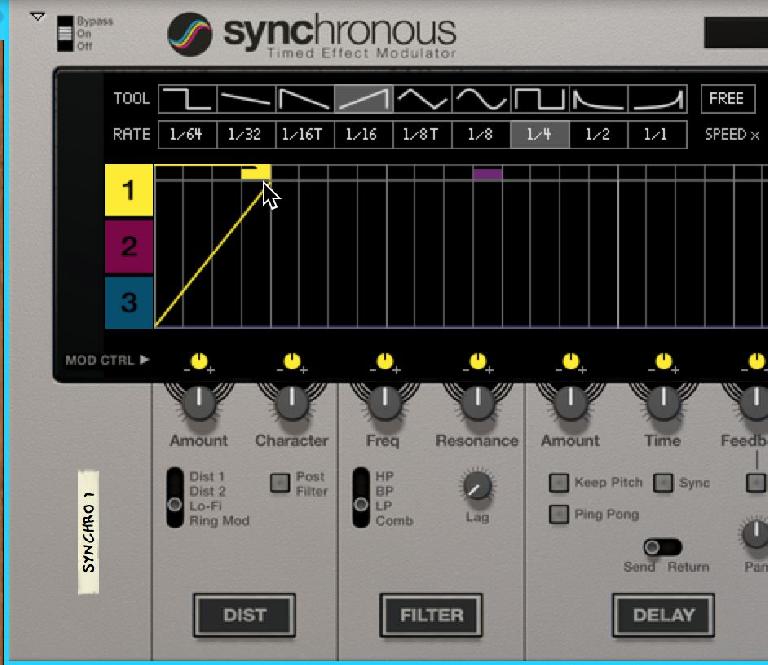 Step 2. Let’s Pull Out Some Cables…

Now that we’ve tackled a very simple and popular modulation scenario through one of the Reason effects devices, we should also take a look at what can be achieved simply by sending modulation from devices like Synchronous via Control Voltages to modulate other instruments.

For example, I could create another Subtractor to be used for a bass synth in this song, and create a very simple, 1/2 note progression to accompany my pad. 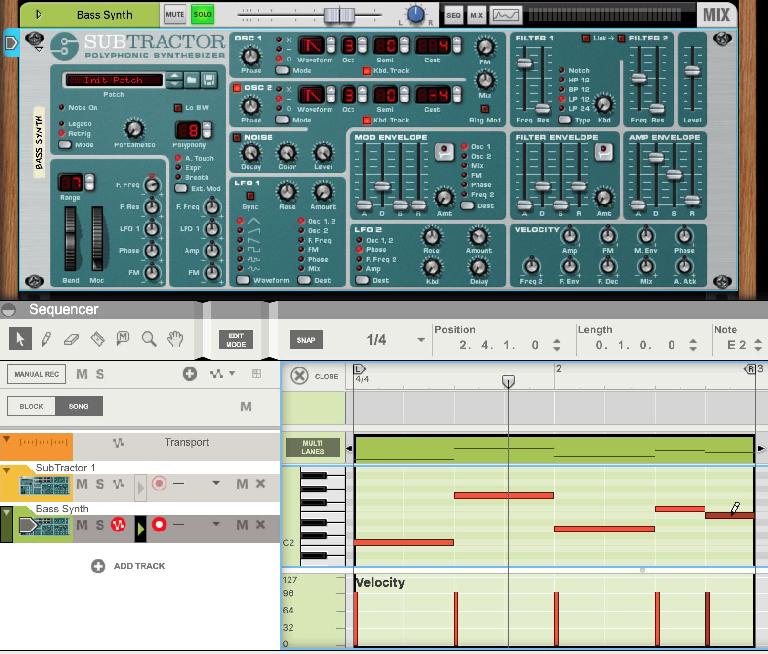 Or instead of creating another Synchronous, I can just use Synchronous’s own modulation to modulate the filter of my bass Subtractor by pressing the Tab button and dragging a cable from Modulator 1’s Curve over to the Bass Synth’s Filter 1 Freq Input. 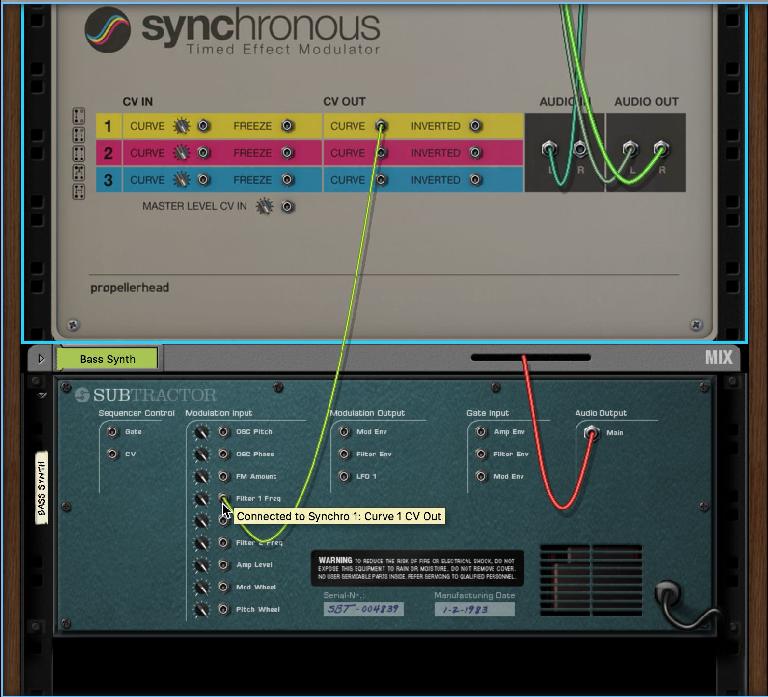 By doing this, I send the same reversed Sawtooth waveform that’s modulating my pad, thus creating the same ducking, sidechain effect with both devices. But in order for this to be audible I’ll need to make sure I turn the Low Pass filter of the bass synth down so that it  can rise up with the modulation as it occurs.

Of course, I may not want quite as much modulation as is currently coming out of Synchronous. Thankfully, and especially on the older Reason devices, you’ll often find pots for controlling the amount of input coming into the Filter 1 Input. In my case, I am going to turn the modulation input coming from Synchronous way down until it sounds like more of a bass synth, by pressing Tab again and  returning to the back of the Bass Synth  then lowering the Filter 1 Input. I’ll just lower it until it sounds more like a bass and less like a lead synth trying to take over my mix!

I can also further edit exactly when the modulation coming from Synchronous occurs and does not occur. For example: maybe I want my pad to lower the modulation during certain parts of the song and let the pads open up more! A really easy way to achieve this kind of edit is to right-click on the Level knob, which we are currently modulating within Synchronous, and select Edit Automation.

Then we create an automation clip where the Level being modulated within Synchronous isn’t so severe, making the effect more subtle in certain parts where automation is applied, and leaving the pads open and more choppy in other sections. 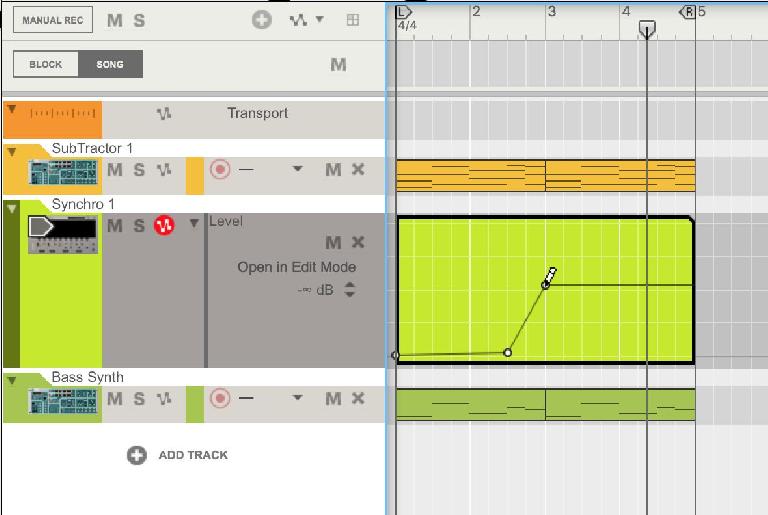 The sidechain effect is cool, but if it runs throughout the entire song, it can get pretty old. And you want those pads to sing, right?

Unlike other DAWs out there, every device in Reason, with exception of certain Rack Extensions, has Control Voltage ins and outs. As there are way more devices available than when Reason first launched, I would strongly suggest spending some time getting to know not only the front faceplates of each device but also the back of each device. Control voltages unlock certain abilities in some devices that aren’t quite as apparent up front.

Reason is more powerful than ever, especially since the latest 10.2 update. New features like multi-lane editing make creation and production much smoother than before. With more options now than Reason users have ever had, it’s the perfect time to investigate modulation for yourself!

Edi Jon Yuk
Thanks for yet another informative, valuable Reason tutorial! Please continue to post articles for Reason! I'm a big fan of the DAW and also of Ask.Audio & MacProVideo.