Whether you're a music producer or sound designer learning subtractive synthesis can take you a long way using many hardware and software synthesizers.

There are many different types of synthesis, analog and digital, but probably the most widely-used synth architecture is the layout used in the original analog synths—sound sources, modifiers, and modulation—known as Subtractive Synthesis. Nowadays the subtractive synthesis model is utilized in hardware and virtual analog synths, and also in most samplers (just with different sound sources and settings). 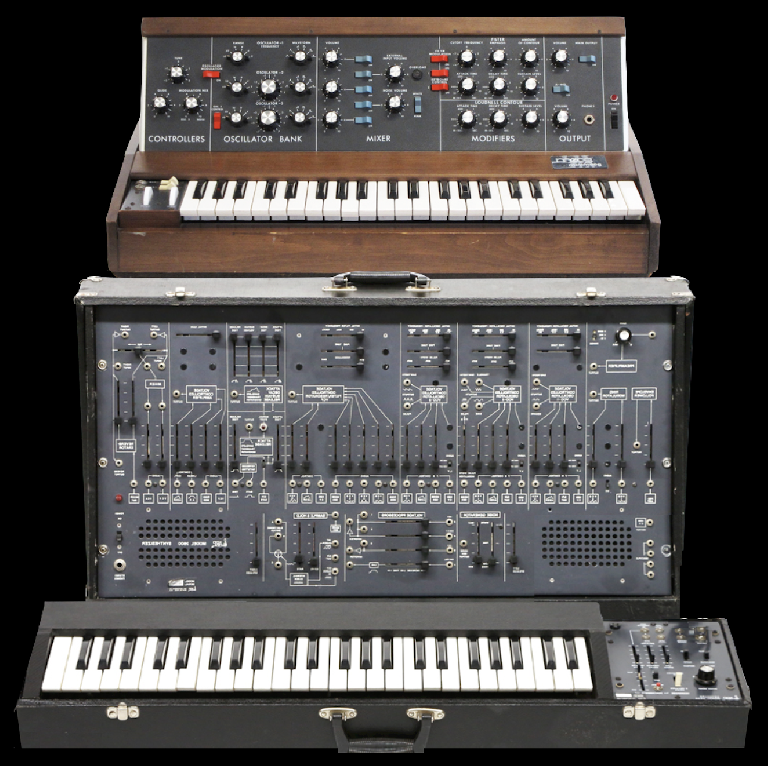 Traditionally a synthesizer (or sampler) that uses subtractive synthesis consists of the sound source and sound modifiers, which comprise the audio signal path; and modulation sources, which output control signals to modify and shape various aspects of the sound. 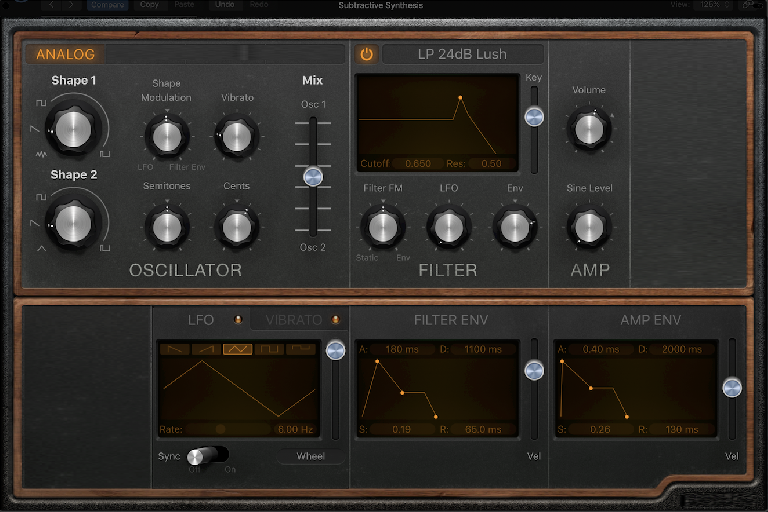 In a classic analog synth the sound source is an Oscillator (or Oscillators)—originally these were test-tone generators—which outputs a steady tone. While the different waveshapes used may include Sine waves, the most common waveshapes are Sawtooth, Square, Pulse, and Triangle waves, all of which contain harmonics, and typically produce a bright buzzy sound.

These steady buzzy tones are fed into the next stage, a Filter. Most commonly, a lowpass filter (LPF)  is employed—by filtering out some of the highest harmonics, the overly bright buzzy tone of the oscillator(s) is mellowed out enough to blend in better with acoustic sounds and voices, creating more musically-useful tones. That’s where the term Subtractive Synthesis comes from—you subtract the excess, buzzy harmonics to create more appropriate sounds.

The Filter’s Cutoff Frequency determines where the filtering starts, and the Slope determines how aggressive the filtering is. Most LPFs employ multiple stages, or Poles—the more poles, the sharper the Slope, and the more mellow the tone at a given Cutoff Frequency. (Two and four-pole LPFs are most common—probably the most famous analog LPF is the 4-Pole Ladder filter in the original Minimoog synth). Resonance (sometimes labelled Emphasis on older synths) is an optional narrow peak just before the cutoff that can be dialed up—it emphasizes the highest remaining harmonics in the filtered signal, providing a more colorful tone. 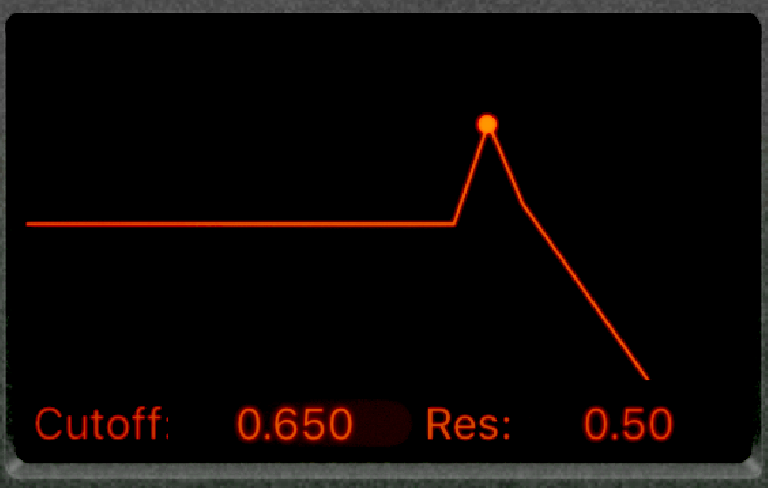 After filtering, the signal is run through an Amplifier which adjusts the volume—that’s the audio signal path of the synth. Most synths incorporate two or three oscillators for richer sounds—as well as a noise source for non-pitched percussion and effects—and sometimes modern analog synths add an additional filter for more flexibility.

But with just the basic sound source and modifiers, all you have is a steady tone—it may be a nice rich, filtered tone, but you don’t yet have a playable instrument. That’s where the Modulators come in.

To be able to play individual notes rather than just have steady droning tones, a Modulation source is needed to start and stop each note, and give shape to the notes. In a classic analog synth the modulation sources—most commonly Envelope Generators and LFOs—send control voltages (CVs) into CV inputs in other modules, shaping the level and tone of the synth sound, and also generating musical (and special) effects. Keep in mind, the Modulation voltages are never heard directly—what’s heard is their effect on the various controls they affect in the modules that pass audio. That’s why those modules—Oscillator(s), Filter, and Amplifier–are referred to as Voltage-Controlled Oscillator, Voltage-Controlled Filter, and Voltage-Controlled Amplifier—VCO, VCF, and VCA. 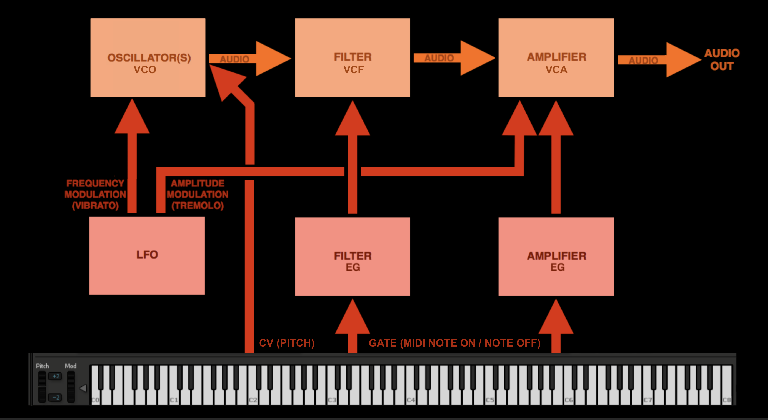 At the most basic level is the Envelope Generator, a.k.a. EG. EGs shape the steady oscillator wave(s) into notes that start and stop, and change level and tone over the course of the each note. To start with, an EG is used to control the Amplifier module. In the Amp module the level is turned down to zero, and the EG then sends a control signal (CV) into the Amp’s CV input—that signal changes (raises and lowers) the level over time, creating and shaping a note that starts and stops, with silence inbetween. Typically a second EG is routed into a CV input in the lowpass Filter module, where it controls the Filter’s Cutoff Frequency (which determines the brightness of the sound), changing the tone of the sound over time. Between the Amp Envelope and the Filter Envelope, notes with changing tone and level are created. 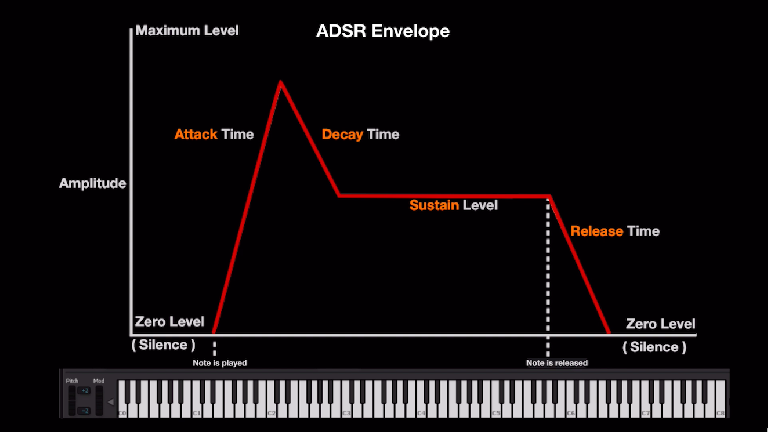 Different settings for the Amp Envelope and the Filter Envelope are employed to emulate different acoustic instruments or create tonally-shifting sound effects—for example, a sightly slower Attack in the Filter EG can be used to emulate the attack of a brass instrument, and when resonance is dialed up in the LPF, the Attack and Decay times of the Filter EG will sweep the Resonant peak (which follows the Cutoff Frequency), creating the classic resonant filter sweep, or wah-wah effect.

Once the EG modulators are patched into the VC inputs of the VCF and VCA, both EGs are then started and stopped via a control voltage from the music keyboard (of course nowadays that’s a MIDI note-on message instead of a CV). Each note on the keyboard generates two control voltages: a CV is routed to the oscillator, where it’s set to change the basic Oscillator frequency (set with the tuning knob and octave range switch on most synths) in proportion to the notes played, generating the standard notes of a musical keyboard; another control voltage called a Gate is sent to (both) the EGs, where it starts them running through their ADSR stages every time a note is played. Together, a different note is triggered each time a key is played—the key played determines the pitch, and triggers the EGs which start & stop and shape the volume and tone of the note.

How Low Can You Go

The other classic type of Modulator is the LFO—Low Frequency Oscillator. An LFO is usually a subsonic oscillator that runs at a frequency below 20 Hz. Like other modulation sources, an LFO’s control voltage is not meant to be audible—it’s routed to a CV input in another module, where its slow oscillation imparts periodic variation to a selected parameter. LFOs can be used to modulate any processor in the audio section in a synth—VCO, VCF, or VCA. Routed to a VCO, an LFO can be set to make the pitch periodically rise and fall; routed to a VCA the level will periodically increase and decrease. Applied subtly with a Sine or Triangle wave LFO shape, this can create an automatic musical Vibrato or Tremolo effect, respectively. Applied with greater depth and more jagged or irregular LFO waveshapes, you can dial up all sorts of special effects, from sirens to sci-fi sounds.

In a traditional analog synth these subtractive synthesis modules are used to give shape and tone to otherwise shapeless, steady, buzzy oscillator waves. But the same architecture is used in Samplers as well, just a little differently. Instead of Oscillators with their steady tones, the sound source in a Sampler that employs a subtractive synthesis architecture would be a sample Keymap—a collection of audio recordings (notes, drum hits, etc). These samples already each have a natural tone and envelope, so the usual subtractive synthesis tools are not used to shape notes from scratch—instead they’re often used more subtly, to modify the natural tone and envelopes of the sampled notes to respond to different MIDI Velocities (harder- and softer-played notes), making notes respond and sound more natural, with appropriate musical dynamics.

Of course this description of the basic Subtractive Synthesis architecture is just the tip of the iceberg. The use of multiple processors and modulators, combined with elaborate and creative modulation routings, can provide an almost infinite variety of synthesizer sounds and effects. And even though this basic synthesizer design has been around for over 50 years now, it’s still popular, as shown by the rise in popularity of the Eurorack modular synth standard, and the vibrant community of synthesists and sound designers that are currently utilizing subtractive synthesis to realize their creative ideas.