A Brief History of Music Part 5: The Blues

Language
Part 5 of our series exploring musical genres, and the influential artists and songs that have been instrumental in them, sees Hollin Jones showcasing Blues music.

Blues is one of the oldest forms of popular music that’s still going strong today in a form not all that dissimilar to how it started out. Although like every other kind of music it has been taken in myriad different directions and into many sub-genres over the years, a blues track is still fairly easy to recognize from just a few seconds of hearing it. It’s generally thought that the blues first appeared at the end of the 18th century in African-American communities in the United States. It was a combination of African and folk influences together with a liberal sprinkling of spirituals and even spoken word material. Back then, nothing was recorded of course so in the early days, songs were passed on by word of mouth.

The first blues recording is thought to be The Memphis Blues, composed by W.C Handy and released in 1912. By the 1920s and 1930s many more recordings had appeared and blues artists started to emerge, even though the music itself would not break into the mainstream U.S or global consciousness for some years. Artists like Blind Lemon Jefferson, Lonnie Johnson and Tampa Red were among the first to solidify the blues as a recorded style of music, and new playing techniques were invented such as using a knife or the neck of a bottle to play slide on the strings: slide guitar still being an important part of blues and country today. The fact that the guitar was the main and sometimes only instrument in early blues reflects that fact that it was a style that arose in poorer communities. A lot of blues right through to the 1960s is just a guy playing a guitar and singing, and maybe playing a simple beat either by tapping his foot or the body of the guitar. 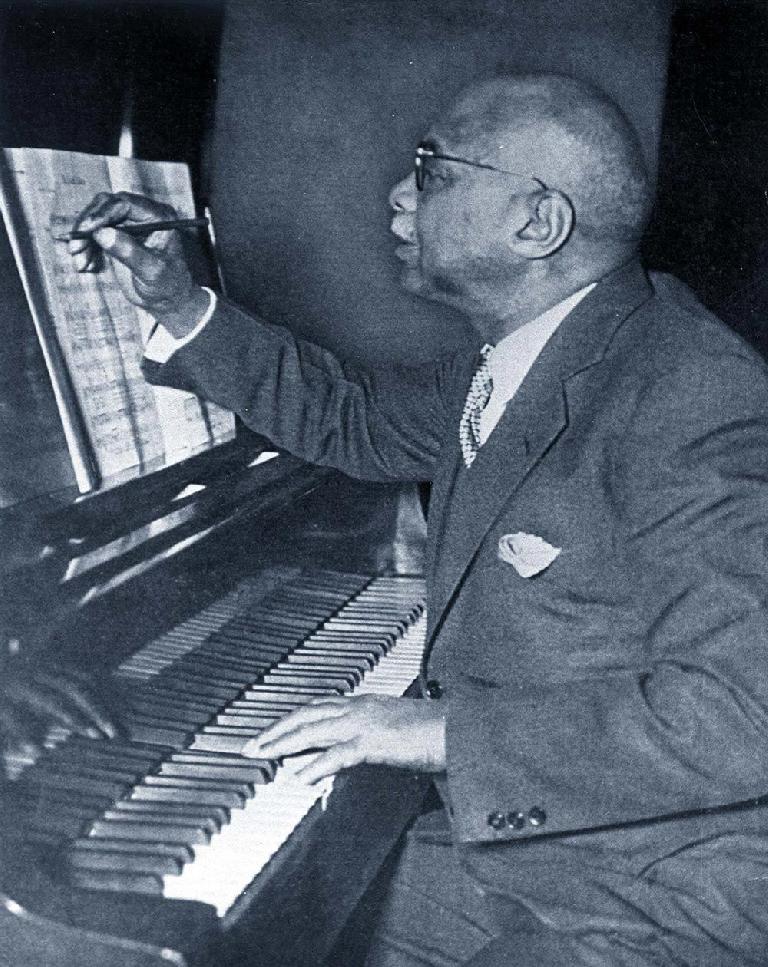 W.C.Handy – handy with a manuscript

The classic blues chord structure is, of course, I - IV - V, a sequence that has been reused with staggering versatility over the years all the way from Mississippi Delta blues through rock’n’roll (a direct descendent of the blues) and later, blues rock and even heavier styles of rock. The blues isn’t musically or rhythmically all that complex, unlike, say, jazz, which generally delights in being really quite fiddly. The clever part of making the blues your own comes with how well you manage to sing, write lyrics or play solos. Although soloing wasn’t really a big part of early blues, it started to take on more prominence when the genre moved from the fields to concert halls, from acoustic to electric guitars and full bands. In part the rise of solos was a reaction to the fundamental inertia of a lot of blues structures: if you’re playing in E and using a conventional song pattern, you have to do something to liven it up, and solos were the answer.

As the blues became more of a band phenomenon in the 1950s, cities like Chicago, Memphis, Detroit and St Louis became big blues towns. Artists like Howlin’ Wolf, Muddy Waters and Willie Dixon had styles characterized by the use of slide guitars, harmonicas and a rhythm section of bass and drums that would become the template for a lot of blues acts around the world. In the UK, a blues scene began to emerge in the 1960s with people like Eric Clapton and Jeff Beck taking cues from American guitarists and creating their own take on the style. Ultimately, the blues would go on to inspire rock and roll and through that much of the popular music of the 1960s on both sides of the Atlantic. 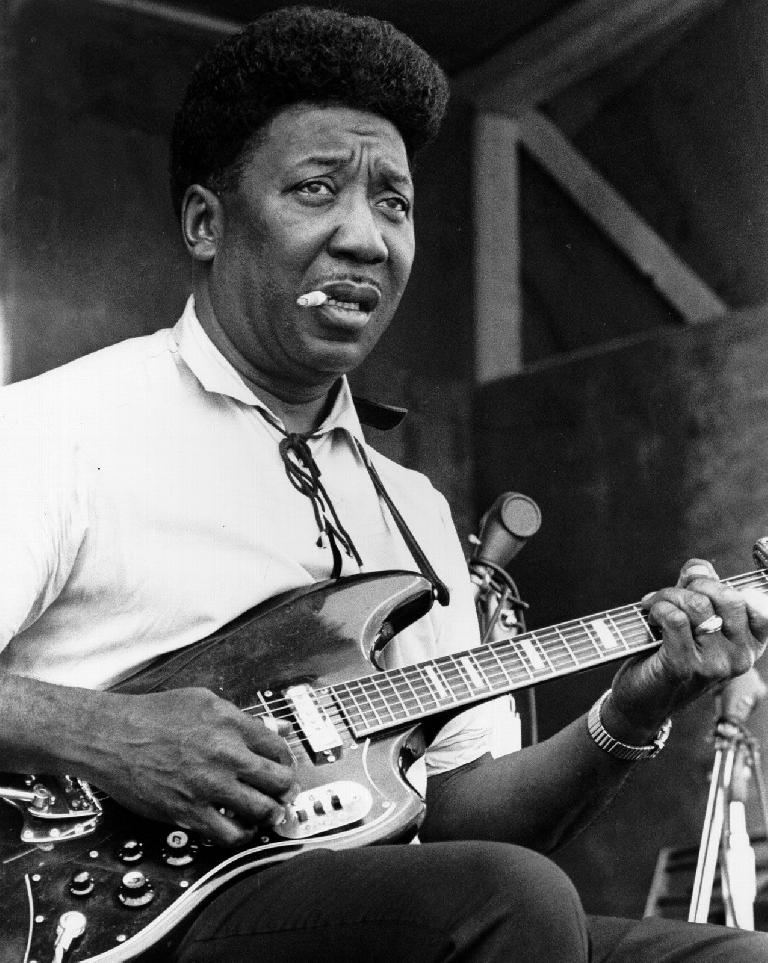 Muddy Waters—one of the all time blues greats

It’s worth mentioning that the blues isn’t entirely dominated by the guitar: the keyboard gets a look in too. Primarily the piano and Hammond organ, with players like Dr John, Ray Charles, Albert Ammons and Otis Spann amongst others beginning their careers playing mostly blues music. Unlike most blues guitarists, better-known blues piano players almost always mixed in other styles of music at some point in their careers. Typically, an accomplished blues pianist would dabble with or even wholeheartedly embrace styles like jazz, soul, rhythm’n’blues, gospel or funk, or some combination of any of the above. There are some classics of the genre in the keyboard world too, as you’ll hear by checking out “What’d I Say” by Ray Charles or “Hey Bartender” by Floyd Dixon. Piano blues was even more directly linked to gospel and spiritual music, since these were the kinds of instruments used in churches. 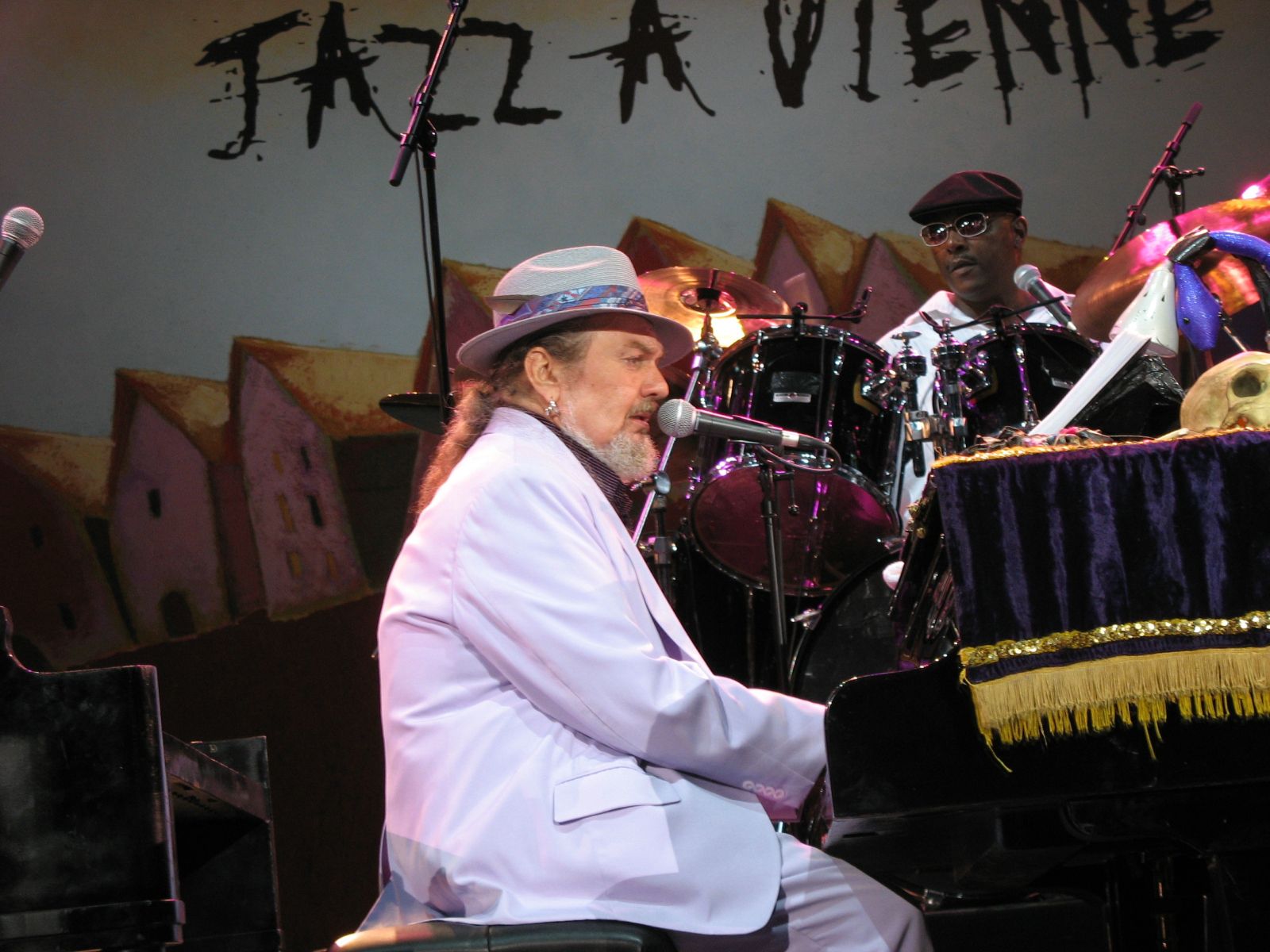 In the mid- and late-1980s a more commercial, harder blues emerged that arguably crossed over a little with country music. One of its most prominent figures was Stevie Ray Vaughan who injected a little rock edge into his fast-paced guitar blues and in doing so won a huge audience. Since the 1990s the blues as a core genre hasn’t changed massively, but then it never really did. What it has done, like so many other kinds of music, is melded and morphed with other kinds of music from around the world to create some really interesting takes on the old idea of the blues. Bands like Tinariwen for example who blend music from Mali with conventional blues to make something quite unlike either. Indeed in a kind of cyclical process, the blues has returned to many African countries and found new life there.

Ultimately the blues is a kind of universal musical language, which shouldn’t be surprising given that it’s possible to trace many forms of modern popular music back to it if you look hard enough. There’s something reassuring and familiar about its pacing, structure and chord sequences. Whether it’s a hobo playing boxcar blues on a three stringed guitar, a genius at the piano or a thundering, high-powered blues band firing on all cylinders, it’s a kind of music that has shown remarkable staying power and doesn’t look likely to go away any time soon.

Learn more about dance music styles and how to produce them with these excellent video courses in the AskAudio Academy.