Language
In part 2 of our series exploring musical genres and the influential artists and songs that have characterised and inspired us, Hollin Jones puts rock music in the spotlight.

Rock is arguably one of the most prominent genres of music in the world today when you take into account its many offshoots. Pretty much anything with electric guitars that isn’t country music (and even that is sometimes called country rock) can be linked to or described as a form of rock music. Although to many, the idea of a rock band might conjure up images either of Bon Jovi or U2 (both of whom fit the description), in reality the term ‘rock’ is applicable to a vast range of music from stadium fillers to thrashy garage music and Krautrock amongst many others. The common factor is usually some kind of propulsion, an ‘in-your-face’ approach and a heavy sound.

Rock had its origins in Rock and Roll, which towards the tail end of the 1950s had seen people like Chuck Berry start to use more distortion in his guitar sound. Guitarists of the period influenced British bands like The Beatles who, despite covering a fair amount of musical mileage over the course of their career, were important in establishing the idea of a four-piece using bass, drums and distorted guitars which is the fundamental lineup of many rock bands to this day.

Other bands took a great deal of inspiration from the blues and from jazz when formulating their own rock sound, and would go on to popularize sub genres like blues rock and psychedelic rock, at around the same time that some people in the U.S. were forming garage rock bands—literally playing in their garage. This ‘DIY’ style of rock remains popular today and is characterized by a rough and ready approach to production. Seminal artists like Jimi Hendrix would mix blues and psychedelic rock, and bands like Pink Floyd took the weirdness to a whole new level. 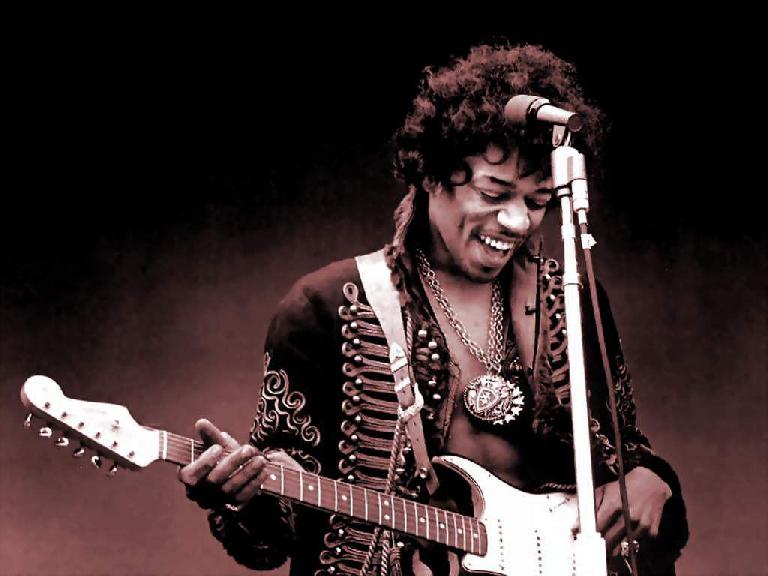 Jimi Hendrix, looking good in clothes that I really couldn’t get away with.

From somewhere around the late 1960s, there started to appear a clearer delineation between soft and hard rock music. Soft rock was more accessible and song-based, with a more radio-friendly character. Hard rock was much more intense and relied more on heavy, distorted guitars and higher tempos, with bands like The Who and later Thin Lizzy and Aerosmith starting to take things in a harder-edged direction. This would eventually result in the creation of heavy metal, with Led Zeppelin in particular being credited as one of the bands that helped to invent the genre. Deep Purple, Judas Priest and Motorhead also helped to drive what was initially a very niche style of music onto the world stage. 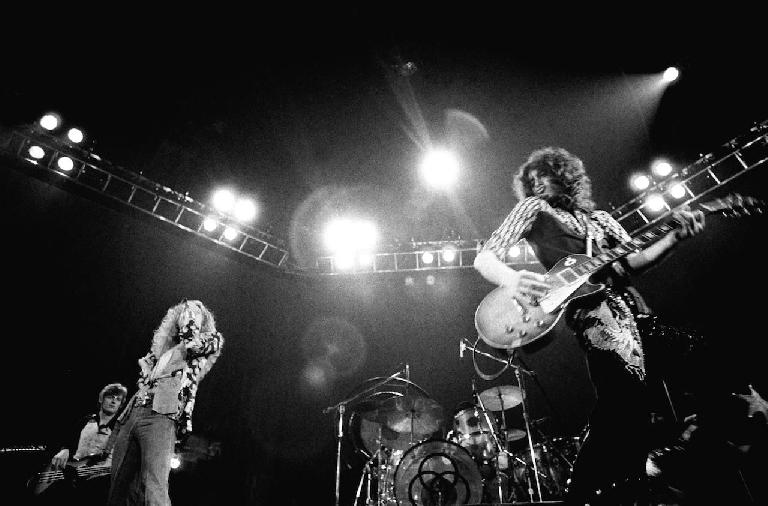 At this point it’s worth mentioning punk, a kind of hyperactive form of rock that emerged in the mid to late 1970s via bands like The Ramones, the Sex Pistols and The Clash. It came about partly as a reaction against the bloated prog rock that was popular then with its widdly keyboard motherships and 12-minute fantasy epic tracks, and partly out of a sense of alienation that a lot of youth were feeling at the time. Often with highly political lyrics, the punk that came out of both the UK and the U.S. around this time was very stripped back, featuring very fast, loud, intense but short songs played with ferocity. Although a lot of the early stuff was pretty basic musically speaking, its ethos inspired a lot of other bands in as much as it showed that you didn’t have to always pander to mainstream sensibilities. It gave rise to ‘post punk’ which essentially describes a lot of bands that made intense or sonically serious music but weren’t just screaming into a mic. Post punk applies to loads of music that was, to be frank, somewhat more listenable than punk itself: everything from Sonic Youth and The Cure to even U2 in their earliest days. 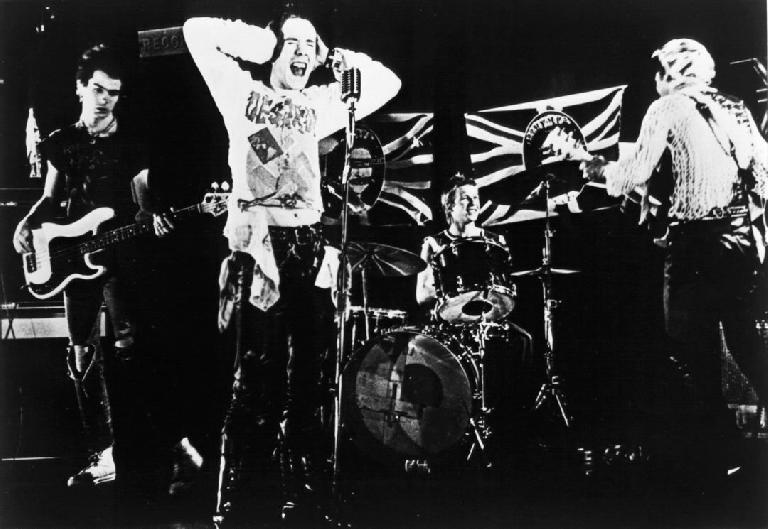 It’s too loud even for John Lydon

In the 1980s the world saw the rise of rock bands that straddled numerous genres and in the process went on to be huge. R.E.M mixed country influences with rock and, arguably, some pop. American bands like Guns’n’Roses, Mötley Crüe and Bon Jovi variously mixed rock with theatricality, metal and more mainstream balladry to great commercial success. This was probably the decade in which rock became massively big business, with world tours becoming the preferred way to promote records. By this point it was no longer just about guitar, bass and drums, and synths and keyboards had become a semi-permanent fixture in many lineups. 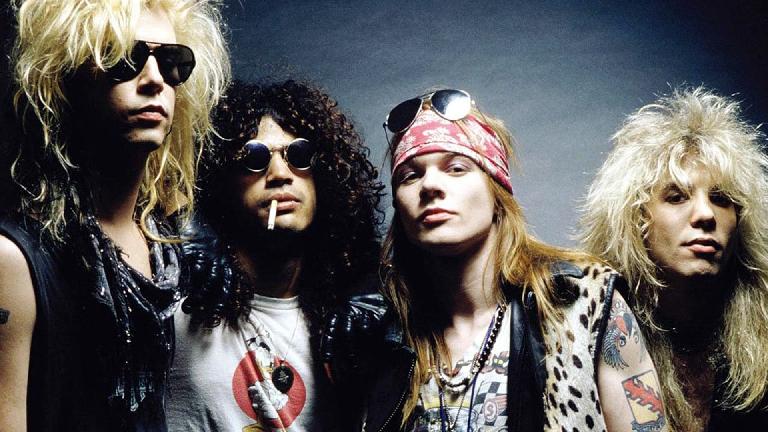 They didn’t call it ‘big hair rock’ for nothing you know.

Rock in the '90s began to fracture yet again as some artists reacted against the big hair, big stage set approach of the '80s and took things in an altogether more introspective direction. Bands like Pavement, Sonic Youth and Smashing Pumpkins are examples of alternative rock bands (there are hundreds) and, of course, Nirvana were probably the biggest grunge band around, again taking things back to a simpler instrumental setup and making music that was at once heavy, dark and intense. Instrumental post-rock began to emerge in the late '90s and remains popular to the present day, with bands like Mogwai and Sunn O))) coming up with different takes on guitar music based on textures, sonic contrasts and very heavy guitars. 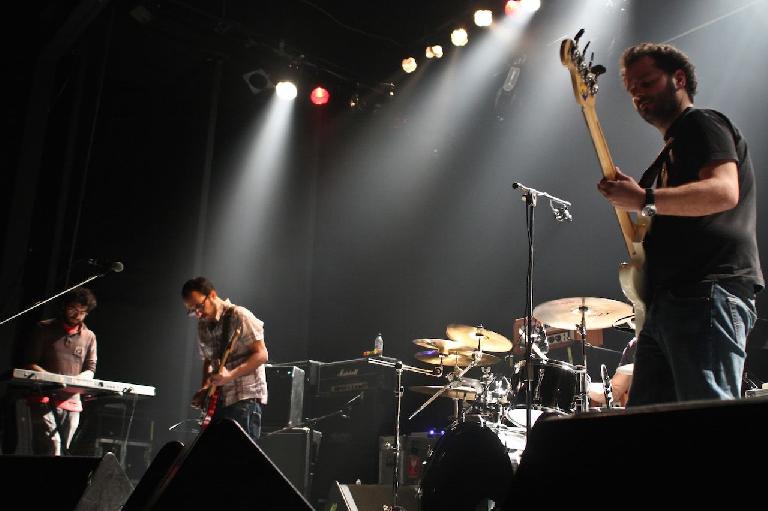 Will Rock Ever Die?

One of the interesting things about rock, and a result of its splintering into so many sub genres, is that very few kinds of rock ever actually disappear. You can listen to acts like the Foo Fighters and hear bits of heavy metal, bits of '80s rock, some blues, fragments of funk and much more. At its core it will always be guitar, bass and drums (Green Day are probably the perfect distillation of a rock band for some people) played at a pretty high tempo. Around that can be built anything you like: add electronics, strings, keyboards and more. As rock enters its sixth decade, it shows no sign of slowing down. On the one hand, it continues to fragment into ever more specific subgenres and on the other, people still love a good meat and potatoes power chord rock song. Now where’s my Marshall Stack?