Language
Beginning our new series exploring musical genres and the influential artists and songs that have characterised and inspired us, Hollin Jones uncovers the beginnings of Hip Hop.

Musical genres have a habit of starting small and gradually seeping into mainstream culture. What begins as a niche movement ends up on national radio and soundtracking TV ads. In our hyper-connected world this happens with incredible speed, but it wasn’t always so. Before the Internet, things took a lot longer. Hip hop as a kind of music has been around long enough to have a rich and varied history, and even if the term now means very different things to people of different ages, there are some landmark albums and some important technologies that have shaped its development over the decades.

Hip hop has its beginnings in the Bronx around the mid 1970s where people would gather for block parties and DJs would play funk, soul and disco records. Someone (DJ Kool Herc is a contender for ‘father of hip hop’) came up with the idea of isolating percussive breaks from these records and using two turntables to extend the break, something you still see turntablists doing today. Vocalists began to speak or sing over these breaks, initially in a style similar to the “toasting” performed by Jamaican MCs, but this quickly developed into a more recognizable rap style as vocalists developed their techniques. 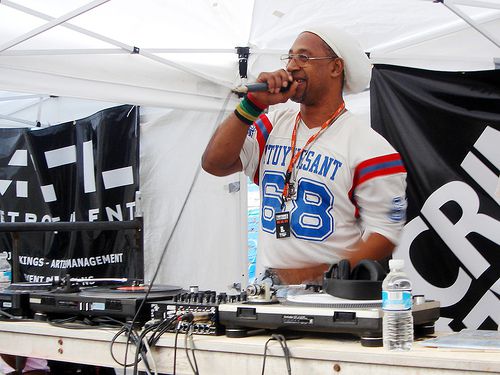 Hip hop like many genres grew alongside the technology that would become one of its defining characteristics. To actually make records, you needed to be able to program loops rather than just performing them live, and this was made possible by the advent of early samplers like the Linn 9000 and later AKAI’s MPC series which would become cornerstones of the hip hop production world. At the same time, drum machines like Roland’s TR-808 were giving people a whole new way to make beats without needing a real drummer and without sampling. A lot of early stuff from artists like Afrika Bambaataa relies heavily on sequenced drum machines. 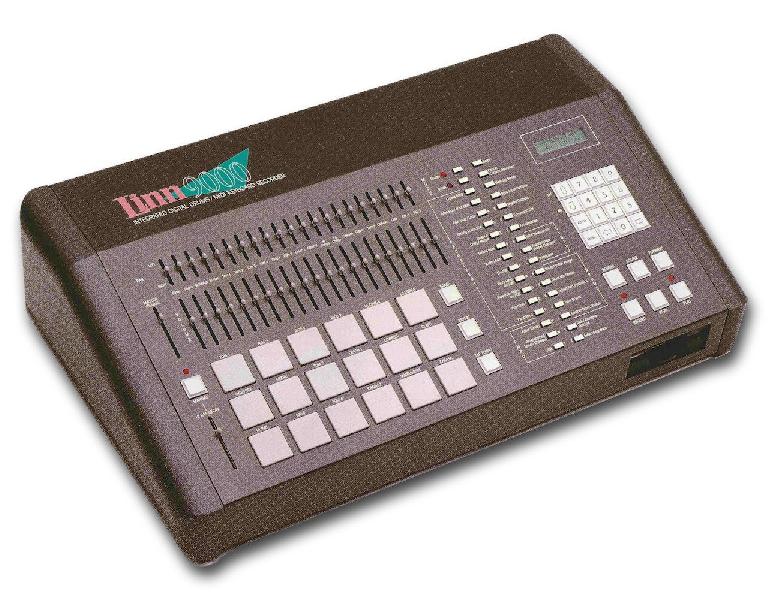 It’s either a drum machine or a missile guidance system.

One of the first hip hop albums to gain international attention was the Sugar Hill Gang’s “Rapper’s Delight”, in 1979. Although it sounds tame now, at the time it was a completely new kind of music to most people. It would quickly be followed in the early 1980s by albums from Grandmaster Flash, Marley Marl, Afrika Bambaataa and others as hip hop started to grow beyond its birthplace of New York.

Hip hop had always been about the groove, thanks to its use of sampled beats from funk and soul records, a technique that remained popular for many years. It was probably the first truly postmodern musical genre, taking snippets of other records, reordering and manipulating them into something quite different and adding a rap performance. It’s worth checking out whosampled.com and digging around to see just how many of your favourite hip hop tracks use a sample lifted from somewhere else. Public Enemy would take sampling to the next level with pretty much their entire output from the '80s, and as AKAI and E-MU samplers became relatively affordable, people started using them to do new and groundbreaking things. It’s a much later record in the history of hip hop, but DJ Shadow’s Endtroducing is notable for being created almost entirely on an MPC60 and a pair of turntables. In fact in 2001 the Guinness Book of Records named it the “first completely sampled album”. 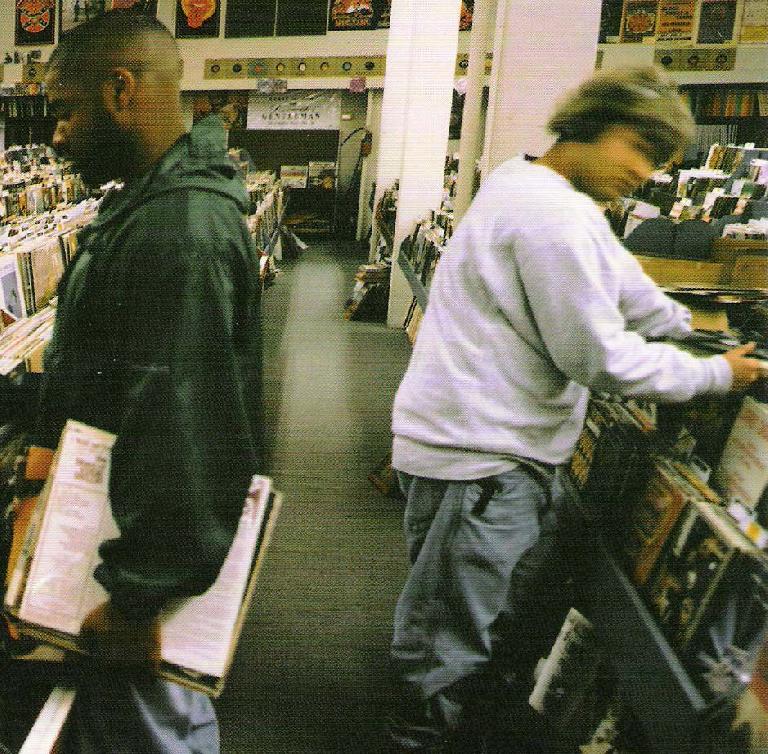 Can anyone guess what DJ Shadow’s favourite format is?

By the mid-80s hip hop was already changing and fragmenting. The Beastie Boys were introducing elements of rock, especially on tracks like “Fight For Your Right”, and at the other end of the spectrum, acts like A Tribe Called Quest were stripping things back to basically a jazz setup with albums like The Low End Theory. The 80s were an incredibly fertile time for hip hop with classics like Eric B and Rakim’s ‘Paid in Full’, Public Enemy’s “It Takes A Nation Of Millions”, De La Soul’s "Three Feet High…" and the eponymous Run-D.M.C all setting benchmarks.

In the 90s hip hop became even more popular globally with production techniques gradually moving over the course of the decade from raw, sampled elements to a more polished, studio sound depending on whereabouts an artist was from. On the East coast of the U.S, the Wu Tang Clan created the peerless ‘Enter The Wu-Tang (36 Chambers)’ and Nas, Biggie Smalls (as he was then) and Jay-Z all put out genre-defining records.

On the West coast, Dr Dre was pioneering an altogether different kind of sound, slicker and more r’n’b influenced. Although Gangsta Rap was associated with the west coast through acts like NWA and Snoop Dogg, there was other stuff happening too. Cypress Hill broke through, bringing a sample-heavy feel and a different kind of rap style to the scene. 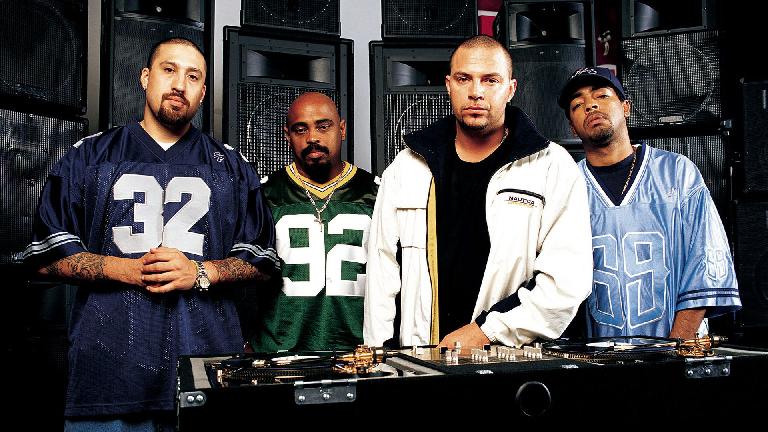 Towards the turn of the millennium, hip hop became even more slick and hyper-produced, thanks partly to the rise of ‘super producers’ who artists would seek out to create their beats. It’s still one of the few genres where an album might have a different producer on almost every track. At the same time it became very mainstream, appearing on radio stations and other media that would have balked at playing the grittier stuff from a few years earlier. Boundaries began to blur, with the southern states in particular producing a much harder-edged electronic sound. It had also spread far beyond the U.S, with British hip hop artists lending their own take to the genre through artists like Roots Manuva and later Dizzee Rascal amongst others. In a number of South American countries, artists were blending hip hop with their native musical traditions to great effect. If you want to explore this you could do a lot worse than starting with Orishas or Choc Quib Town as a jumping off point. 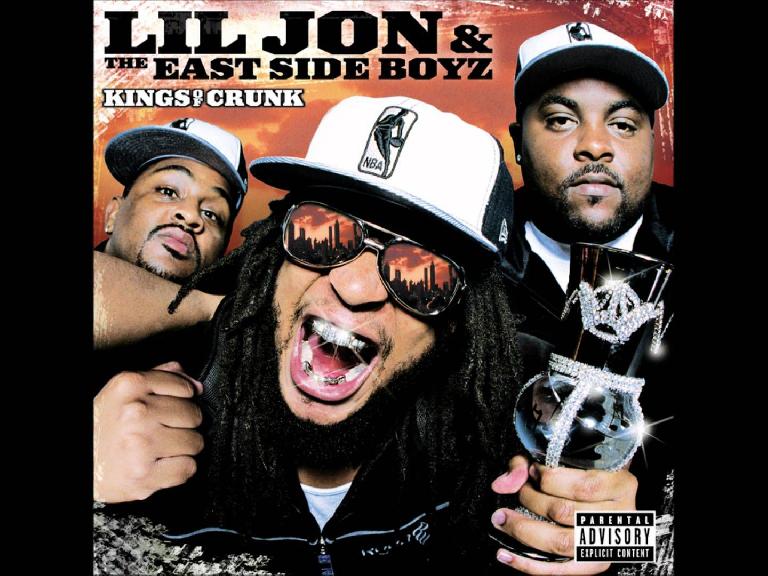 I have no idea what any of this means but it looks very energetic.

As much as hip hop has changed in its four decades or so of existence—and there are loads of artists, albums and sub-genres like instrumental, cut-up and turntablism that I just haven’t had time to mention—it remains a powerful musical movement. Perhaps inevitably, despite having its roots to some extent in the language of social protest (like the blues or punk), it has been taken in many different directions by different artists. Angry, conscious, stoner, boastful, political, downright scary, party, cartoonish—hip hop has all of these and many more. Just remember to nod your head.

Learn music theory and music business in the AskAudio Academy.