A Brief History Of Logic, From Emagic To Apple

Logic is wildly popular, but how much do you know about its origins? Matt Vanacoro takes you on a trip down memory lane with this history of one of the world's greatest DAWs.

Logic hasn’t always been a part of the ‘Apple Family’, and while GarageBand may seem like the ‘introductory’ app that eventually led to Logic Pro, it’s actually the other way around! Here is a brief history of Logic’s amazing journey from a small company in Germany to the Applications folder of studios everywhere.

Not Their First Rodeo

Logic was most certainly not Emagic’s first foray into the music application world. The German audio powerhouse had been releasing apps for sound generation, editing, and music composition since the days of Atari ST and Commodore 64. Back when those platforms were in use, the flagship app was called Creator, then Notator. Eventually the company shed its ‘C-Lab’ moniker and became Emagic. Notator Logic came onto the scene in the very early 1990s, and did not even come to the Mac until around version 1.6 in 1993 (although it was tough to run because you needed a massive 600MB hard drive). Logic continued to be developed as a multiplatform app available on both Mac and PC until about version 5.5.1 - from there on out, it went Mac only. 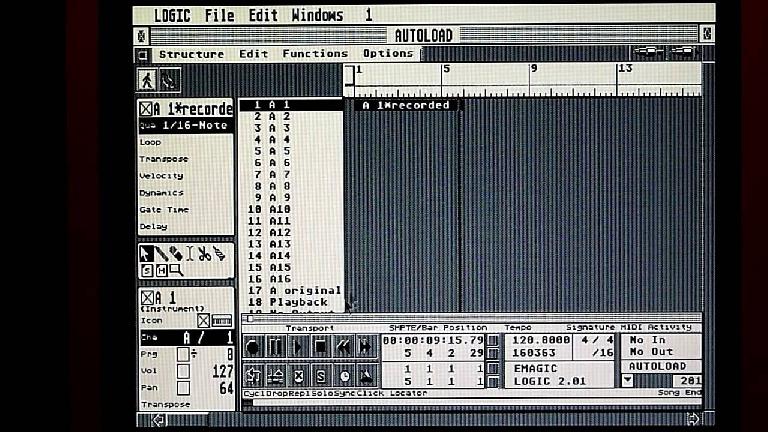 When Logic started picking up steam in the early days of the Macintosh, the momentum built rather quickly. You see, Logic was one of the first major DAW apps to include a suite of instruments. Pro Tools and (Digital) Performer, the two bigger ‘guns’ at the time, were definitely more widely used - but there was a catch. You needed to hook up a MIDI keyboard with sounds inside of it in order to do anything outside of recording audio with a microphone.

Sure, you could purchase third party instrument packages and some early virtual instruments, but remember - this wasn’t very commonplace yet. I still remember consulting and setting up studio after studio in the late 90’s and early 2000s and hearing the same thing - “Hey, I installed Pro Tools… now how do I get a piano sound?”

Logic changed all of that by offering a massive suite of sounds from EXS24 (the universal sampler) to various EV suite instruments for organ and retro keyboards. For the first time in a major commercial release, you could buy a program, and by default it had a ton of instruments that came along with it. We take that for granted now, but it was a really ‘industry disrupting’ thing to happen back then.

Apple purchased Emagic in 2002 and with their (somewhat obsessive) focus on simplicity, unveiled GarageBand in 2004. It was easy to see Logic’s ‘DNA’ all throughout GarageBand. Many pro studios quickly wrote off GarageBand as an amateur toy - but little did they know what it would do to the professional studio industry. With such a simple ‘gateway’ into recording music on the computer, suddenly the ‘project studio’ was born, countless other music apps began to offer simplified versions for the masses, and it became possible to record really high quality music in your own home.

For a while, GarageBand (a highly stripped down version of Logic) existed alongside Logic Express (an highly stripped down version of Logic) and Logic Pro. You had a free app, a slightly reduced one at $299, and the Logic Studio suite at the top of the food chain for $999. With the advent of the Mac App Store, Logic Pro X’s price dropped to $199 and it even incorporated a ‘basic tools only’ mode which made Logic Express less relevant. Apple decided to discontinue Logic Express and Logic Pro (the beating heart of the Logic Studio suite) began to evolve in surprising ways… 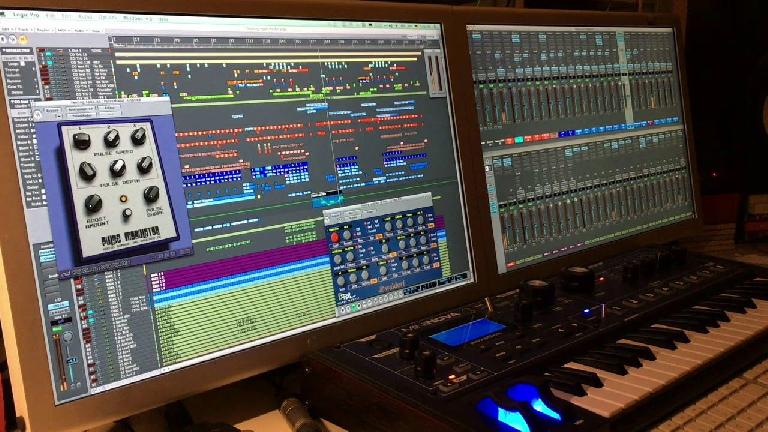 Logic 7 brought us the unified Global Tracks display. This made it much easier to adjust tempo, key signature, time signatures and markers throughout a project. The ability to import GarageBand projects into Logic Pro was also introduced in this version. Suddenly, GarageBand didn’t seem like a toy anymore. Clients could start a project in their home with GarageBand, bring these ideas into a pro studio, and the engineer could easily import into a more professional app and deliver the ‘downtown sound’ with professional mix tools. Sculpture and Ultrabeat were also added into the mix of already diverse instruments included in the Logic suite.

When Logic 8 was unveiled, the built-in effects were really given a lot of love. Delay Designer was introduced, as was the plugin header menus which gave us the ability to compare settings with previous tweaks. Match EQ was introduced, along with circuit-level modeling for the compressor plugins. Slowly but surely, the need for purchasing external effect suites was shrinking as Logic Pro really began to include a ton of pro-level mixing tools.

Logic 9’s feature drop was just massive. During the ‘version 9’ years we saw the introduction of Flex Time. Finally, time and pitch correction was approachable and usable for your average home studio user without external helper apps. Even EXS24 became usable in a context menu with the ‘convert to sampler track’ function (you can bet I relieved the famous “Ferris Buller’s Day Off” sampler/sound effect moment immediately - you young folks can google that). Amp designer took Apple’s “toe in the water” approach of amp modeling from previous versions and turned it into a full “cannonball” of audio effect processing. Drum replacer, bounce in place, and selective track info importing all dropped during the 9.x years.

State Of The Union

With Logic Pro X, Apple has really pushed Logic as an ‘ecosystem’ at this point. We’ve been in version X for quite a while now, since 2013 in fact! It’s really somewhat staggering how many features they’ve added since what used to be classified as a ‘major release’. From drummer tracks to smart controls, we’ve got an insane amount of functionality. From Chromaverb to Smart Tempo, it’s hard to believe how many free features we’ve gotten since Logic Pro X’s initial release. I mean, come on! ALCHEMY? Studio Horns? Studio Strings? All of these instruments have plenty of competitors, but it’s just staggering to think that they all came ‘in between’ major versions. 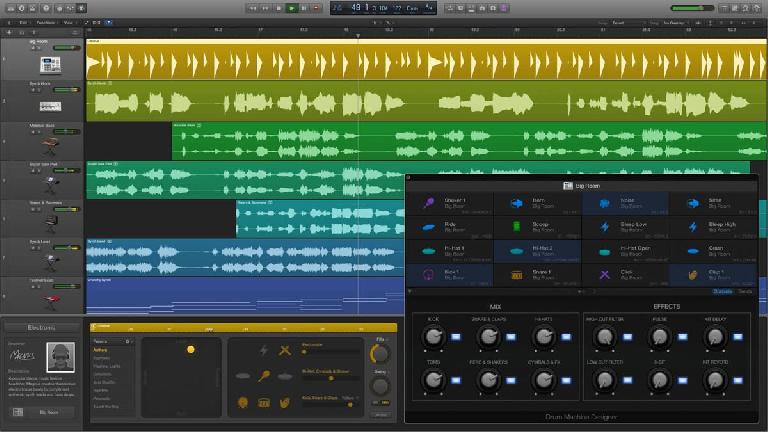 Will we even see a Logic 11? I certainly don’t mean that in a ‘doomsday scenario’ way, or to imply that Logic isn’t being ‘worked on’ right now. Quite the opposite, actually! To think that this app dropped from a thousand dollar boxed suite to a $199 download, and they’ve doubled… nay.. TRIPLED the amount of content and tools you get with each ‘point’ release… I don’t know! It’s anyone’s guess now what Apple plans to ‘call’ each release in the future.

One thing is quite clear, however. That future is bright and full of cool things for musicians!

Learn everything you need to know about making music with Logic Pro X: https://ask.audio/academy?nleloc=category/audio/application/logic