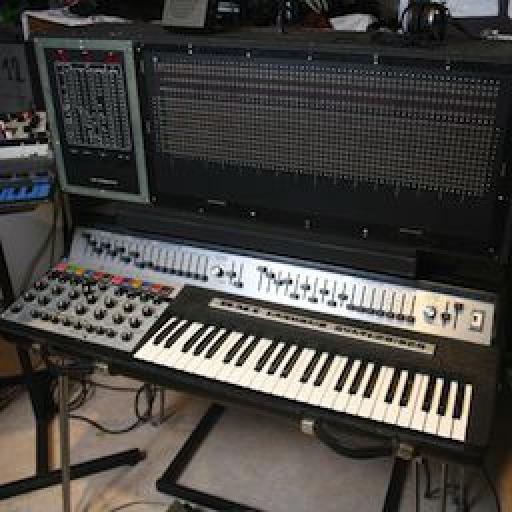 A Brief History of FM Synthesis

Language
David Earl (aka SFLogicNinja) is here on a mission. The mission is to explain the history of FM synthesis (you know, Ghostbusters basslines, etc). In this fascinating article David does that and more.

Ever put a 'donk' in your electronic music? Ever get that old, familiar feeling watching the intro to Law and Order on television; hearing the familiar electronic piano sound before the 80's sax comes wailing in? How about the bassline to Ghostbusters?

Yeah, I'm dating myself, but that's because I want to give you a history of FM Synthesis.

'FM' is short for 'Frequency Modulation'. Before FM synthesis, Frequency Modulation was most commonly used for the transmission of data through a radio wave. Basically, a wave with a specific frequency, say 101.1 MHz, would have its waveform's frequency modulated by something like a voice, some music, or some other complex wave. Its amplitude would stay the same, however.

A radio receiver tuned to the 101.1 MHz wave would listen to the carrier wave, detect the differences in frequency, and decode the voice, music, or data within. This was much higher bandwidth and fidelity than its predecessor, Amplitude Modulation, which would have the voice, music, or data traveling on a wave that was varying in amplitude instead of frequency. These waves were weaker due to that variance in power. 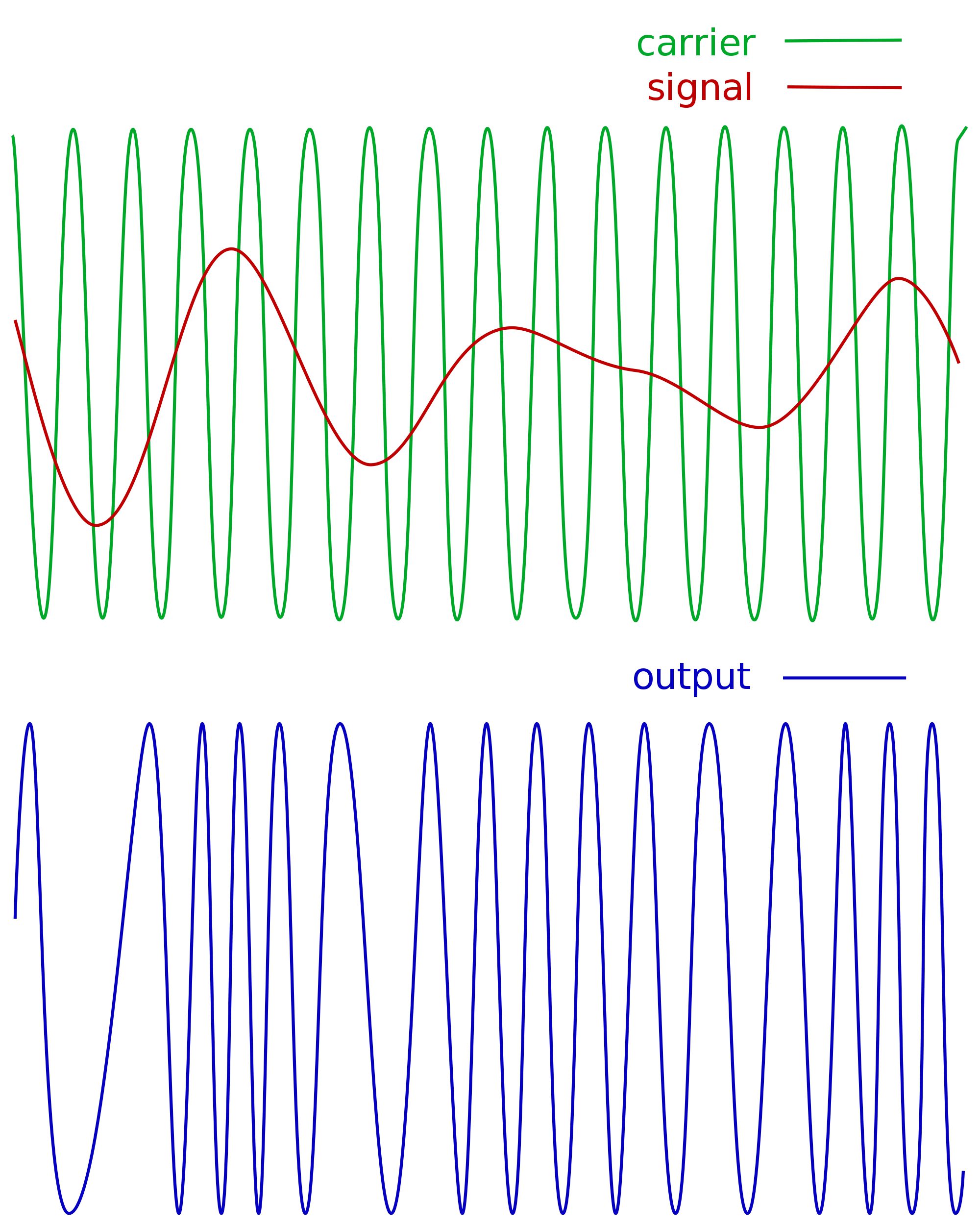 Here's what a sine wave carrier looks like, being modulated by another wave. (Image from http://commons.wikimedia.org/wiki/File:Frequency-modulation.png) 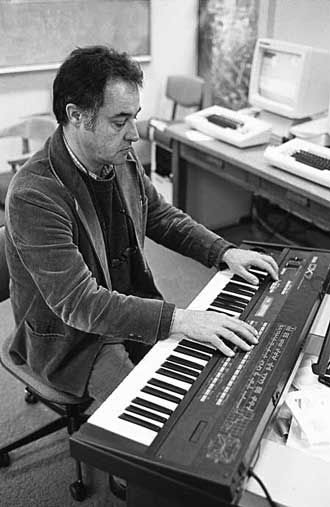 Chowning started pulling those sine wave frequencies down into the audible range, (20 Hz - 20,000 kHz), and decided to do something rather unique... He started modulating the frequency of these fairly low frequency sine waves with other sine waves around the same frequency.

Chowning was getting a wave that was surprisingly rich in harmonic content from two sine waves. When the carrier was being modulated, it created 'sidebands'. These sidebands were harmonics that would appear on either side of the carrier frequency. As the modulator was changed in pitch, the sidebands would shift as well. These sidebands could be predicted based on some math, (Bessel functions), and he could predict what harmonics would arise in a carrier based on the frequency and amplitude of the modulator. He began to realize that this was a pretty inexpensive and compelling way to get a lot of sound from relatively little input. This got him excited about the musical possibilities!

Now, why do I say 'inexpensive'?

Additive and Subtractive Synthesis vs. FM

Additive synthesis is not only the oldest form of synthesis that we've used musically, it's also built off of a pretty grand premise. Additive synthesis comes from the theory posed by Joseph Fourier in the 1700s: Any complex wave can be broken into sine waves.

You see, sine waves have no harmonics. If we had enough sine waves playing at different frequencies and amplitudes, we could create the harmonic structure of any sound in the universe. Crazy, right?

The first additive synth would arguably be the pipe organ of the 1700s. Varying lengths of pipe would create different combinations of flute-like tones that were very similar to sine waves. The combination of these tones would create rich timbres. 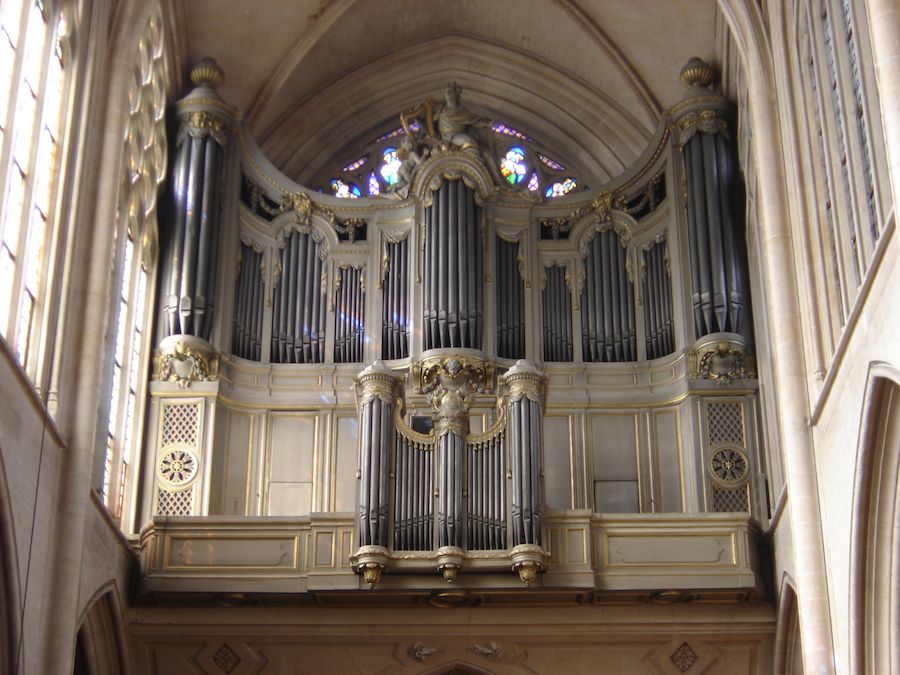 The first electronic additive synths were created around the turn of the century (1900). Electronic tone wheels were used to create sine waves that were added together to make tones similar to a pipe organ. This made organs nice and small, affordable, and easy to maintain. 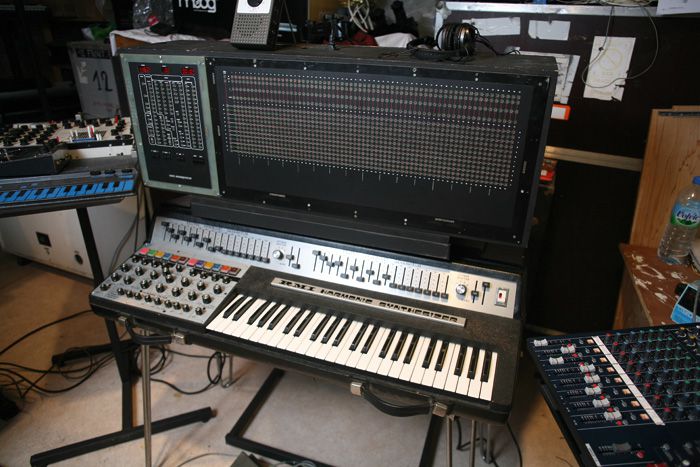 Digital additive synthesizers came around in 1974, right around the same time Chowning was doing his research. A company called RMI created a synthesizer that could make 16 tones at once!

In the additive synthesis world, however, 16 harmonics isn't very impressive. The synthesizer was also monophonic, which meant 'no chords for you!' This was because to play two notes at once would require 32 oscillators. This started to get really expensive, as far as computing power went.

Subtractive synthesis was less expensive than additive, because its premise was to take an already rich wave and subtract harmonics from it using a filter. All of the circuitry was analog, and the tones were warm, rich and musical. Some early subtractive synthesizers were pioneered by Donald Buchla and Bob Moog in the 60s and 70s. Although earlier synthesizers existed before them, these two were the first to create synthesizers of the working musician. 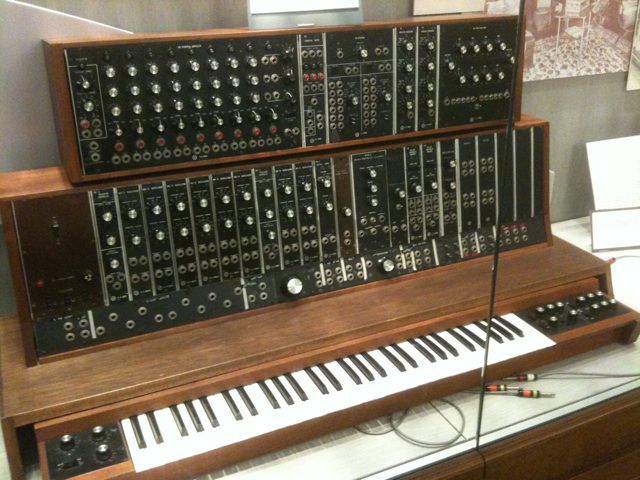 The limitation with analog subtractive synthesizers in the early 70s was their inability to stay in tune and remember preset settings, (no CPU or memory). They were also rather large and unwieldy on stage.

FM synthesis, on the other hand, was digitally reproduced, could use as few as 2 oscillators to create extremely dense harmonic content, and didn't require a filter to alter the harmonic content. Since it was digital, a FM synthesizer could be created to remember settings and stay perfectly in tune.

After adding 4 more oscillators to the previous 2, Chowning explored ways to have different combinations of carriers and modulators. These were called 'algorithms', and would serve as good starting points for certain kinds of sounds. Chowning began creating polyphonic recreations of strings, pianos, brass instruments, and others... and somebody was listening.

The Yamaha corporation of Japan heard of Chowning's exploits, and agreed to license the patent for FM synthesis from Stanford. This license hastened the birth of one of the most popular synthesizer of all time: The Yamaha DX7. 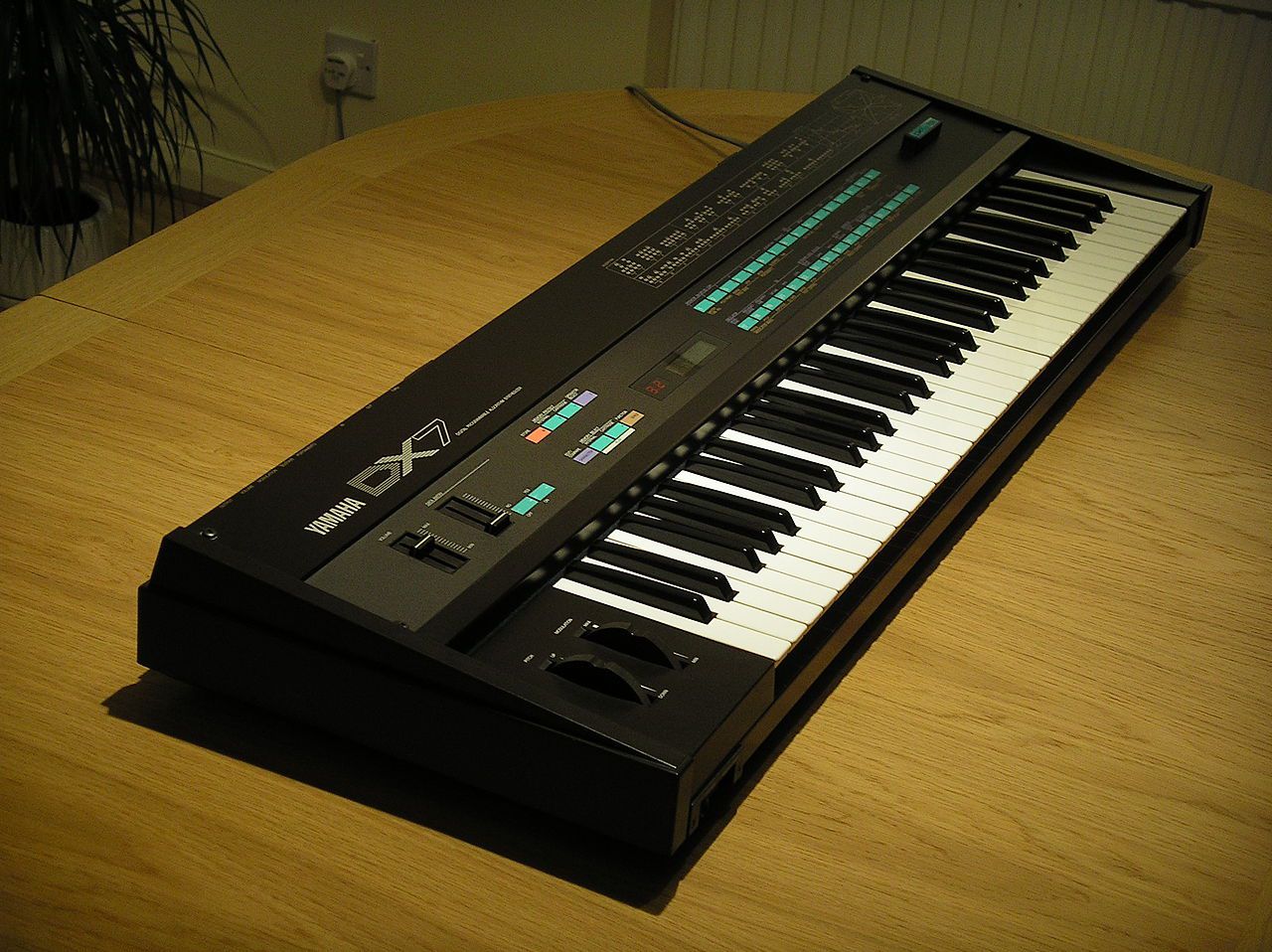 The DX7 was a wonder to behold at the time. It was affordable, remembered settings, stayed perfectly in tune, was polyphonic, and also became the first MIDI controlled synthesizer. By the time the patent expired in 1995, Stanford made 20 million dollars off of the FM synthesis patent. It was the second most lucrative patent ever licensed at Stanford.

FM synthesis is very unique in its texture and timbres. It is especially known for its bell-like tones and inharmonic sounds. Many early arcade video games from Atari used an FM synthesis engine for music and sound design. Games such as Paperboy and APB used FM exclusively, and gave the games a very unique sound. Many pinball machines also used FM for music and sound design as well.

FM is very challenging to program, but once you get the hang of it, it's very rewarding. A great update of the FM synthesizer are synths such as the FM8 from Native Instruments, which give additive, subtractive, and FM options.

I have had many an evening getting lost in FM synthesis. I hope you get a chance to explore it as well!

Peter Schwartz
What? No mention of the Synclavier and its FM? It predated the DX7 by many years, and featured an additive carrier.

sflogicninja
It's true the the Synclavier utilized FM synthesis. I meant to always say first 'affordable' digital FM synth, but sometimes I forget. The Synclavier was a marvel to behold. From what I remember it's early FM incarnations were sold mostly to studios and universities, as well as other wealthy folks.

It can also be argued that Don Buchla used FM in his earlier synths, and I try in my videos to address that earlier synths included FM in some form or another, pointing to the DX7 because of its affordability and complex algorithms, and the fact that it was solely FM.

Thanks for the input Ski, you are a legend in your own right.

Peter Schwartz
Also, don't mean to beat you up too badly :) but the DX7 was not the first MIDI controlled synthesizer. It was the Prophet 600, with the Jupiter 6 a close second.
sflogicninja
Ack. Yup, you're right. I thought the Juptier 6 and Prophet 600 came shortly AFTER the DX7, but alas. My bad.

I sure did love the Jupiter 6, too. Shame on me.