Language
So, you need to track some guitars. They need to sound incredible. Your whole project hangs in the balance, but you don't have a lot of dough to work with. Andy Bowen is on-hand to help you through.

Here's the first hurdle you'll have to jump: analog or digital? In the not so distant past, that question wasn't half as debatable as it is today. There's still no way to argue the supremacy of copper-and-solder gear (nor will there ever be, I should think), but unless you have a generous budget, the right amp, cab, pedal, and mic combination is probably out of reach—especially for someone who's writing his or her first EP from a two-room city apartment.

That leaves us with one possible alternative: software. If you're a bedroom producer, below are some important tips that will help you improve your workflow and track the beefiest, most realistic guitar tones possible. All you need is a guitar modeling software, your instrument, and a basic recording interface.

Which software should I use? 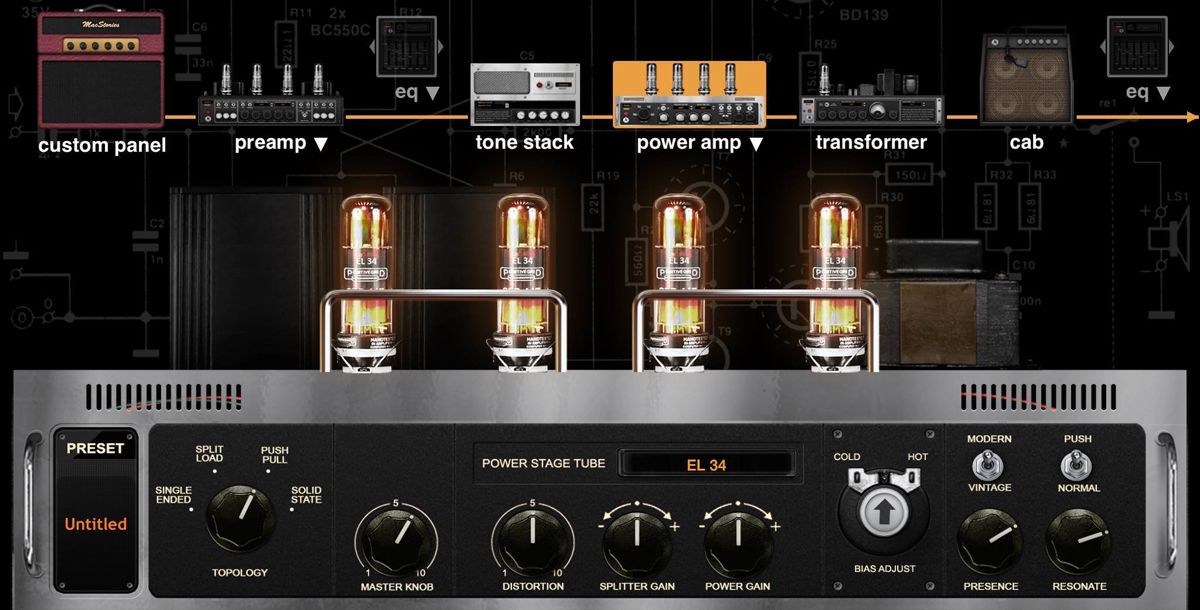 As you can see below, the “guitar emulation” industry is pretty competitive right now. That said, choosing the right software and stompbox modeler comes down to A) your budget, and B) whether you want a literal footpedal (some have both standalone software and additional hardware). If you don't already own an amp modeling package, here's a list of a few of the top products to choose from, along with a brief overview:

Tone matching you say? Depending on which software or stompbox modeler you're using, patches might be available for download—some artists even publish their own custom creations. Why spend a ton of time tediously building your tone from scratch when you can get a head start with someone else's patch? And if you're a BIAS Amp user, you'll be able to take this one step further with its “amp match” feature. Just find a sound clip of the tone you want to achieve and the software will match it.

Use a tube preamp and/or compressor:

Tubes will absolutely warm up your guitar tone, especially when the alternative is going direct. There are several popular sub-$100 tube preamps on the market, so make sure to investigate your options. And if you have a stompbox compressor, throw it in the chain too—even if you're using the lightest of compression settings. Remember, the better your tone sounds going in, the better it will sound coming out.

Save a ton of patches:

You can save as many patches as you want, so why not do it? In fact, always make sure to save a patch before you begin tracking. Build a naming convention, such as “Section_SongName,” and stick with it. This will make any future changes so much easier. I've even found myself saving multiple versions of favorite patches using something like “SongName_Section_DescriptiveWord.” 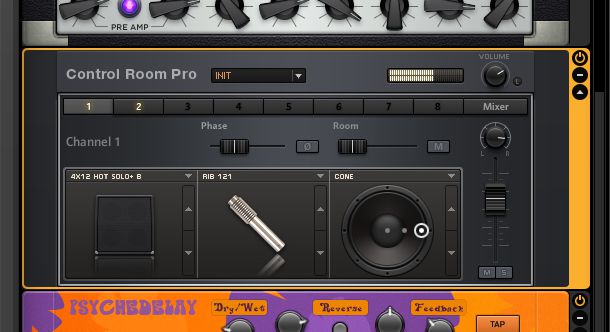 Doubling, tripling, or quadrupling guitar tracks from different mics is a great technique for beefing up rhythm sections. Most amp modeling software include either a mic placement setting or several different models to choose from, so be sure to experiment with them. Use the same mic, just different placement. Or use two different mics with the same placement. This sort of approach can become time consuming—especially if you're not super familiar with using virtual instruments—but work at it, find something that sounds right, and stick with it. And don't rely on your eyes, trust your ears.

As a general rule of thumb, always track your dry signal. And yes, even when you're using VSTs. Getting the right gain structure within virtual instruments sometimes requires a particularly low input gain from the recording interface. Set up a DI to split your signal, allowing you to lay down a solid dry track with a usable level. Who knows, maybe you'll reamp your track down the road? Better safe than sorry.

This is fairly basic, but important nonetheless. Digital amps and effects are modeled after their physical counterparts, meaning that they're designed to treat signals the exact same way. That said, you're most likely going to get the best tone by following the standard signal path: conditioners, filter effects, volume/level effects, modulation, pitch, and finally, delay—and time-based effects—regardless of whether or not you include a few analog pedals in your digital rig.

Again, we're back to the fundamentals: Always record with fresh strings and moderated gain. Moderated gain? In other words, don't just crank everything to 11. Yes, modeled amps are designed to act like the real deal, but that doesn't mean you'll get the immensely saturated tone you're looking for by overdriving your digital rig—nor will you have the same clarity. Let your wrist and intensity of play do some of the work for you. And maybe you don't have the budget for an amp, cab, or mics, but might be able to grab some new pickups? Explore all your options.

pulsewidthmod
the photo at the top is mine :) It was my studio apartment in Philadelphia. cheers ~ maeghan/pulsewidthmod