Language
Are you curious about writing pop songs? If you're an established or aspiring writer who's interested in writing pop music, here are a few tips on how to craft better pop songs. 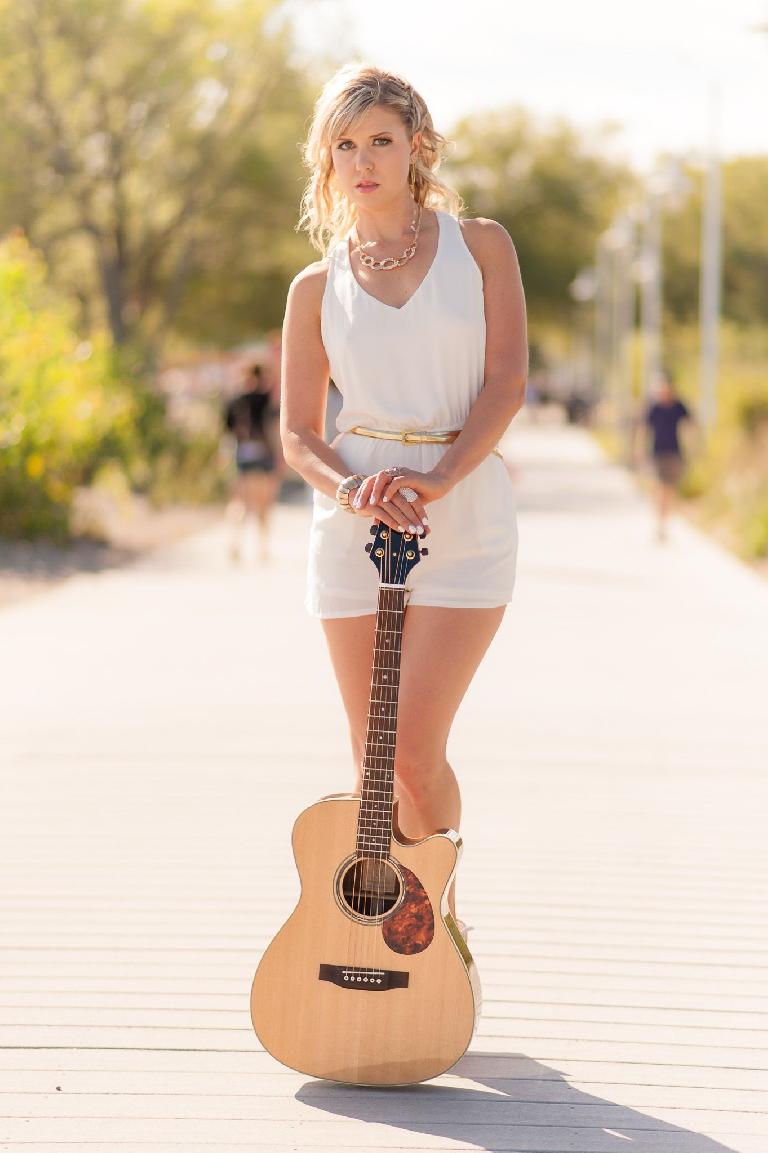 It's going to be challenging to create a great pop song if you don't know what contemporary pop music sounds like. Take a listen to the songs on the Billboard charts so you know what the current top 10 or top 100 songs are. Analyze a few of your favorite songs on the list and look up the chords by using guitar tabs or sheet music. Get familiar with the types of chords and melodies used and study the song's lyrics. If you're not already a guitarist or keyboard player, it would be helpful if you took the time to learn to play one of these instruments as they're great instruments for writing on.

Listening to pop music will help you to learn more about song structure. Pop songs balance repetition and new musical ideas. The most common parts of a pop song are:

The Intro is the part at the start of the song. In most pop songs the intro is typically 4–8 bars, as this works well for radio airplay. The intro of a song serves to capture the listener's attention and can be an instrumental version of the verse or the chorus.

The Verse is heard many times in the song; musically it's always the same but the lyrics change each verse. The main function of the verse is to tell a story to listeners.

The Bridge of the song usually occurs after the second chorus and its purpose is to add variety to your song. In the bridge, a different chord progression could be written or you could have an instrumental solo.

The standard pop song structure is: 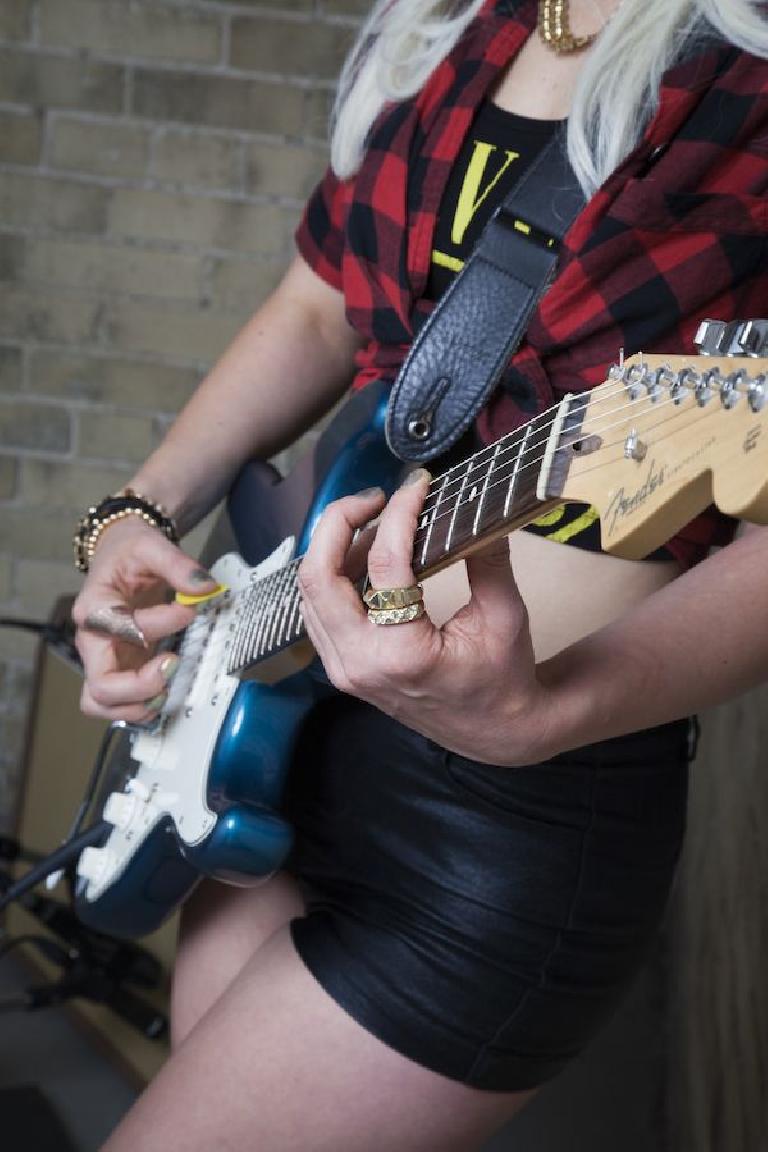 Chords are a great way to start composing songs, and you can use the chords from other pop songs as a basis for writing your own chord progressions. Try playing the chords from your favorite song and humming a melody overtop.

Many pop songs have originated from great guitar hooks. If you have an idea for a guitar or piano lick, use that as the main theme for your song and build your chords and melody lines around it.

Good songs can start with melody lines and it's quite possible to write the entire melody for the verses and chorus right off the bat. An idea for a cool melody can come to you at any time, so writers should always have a portable recorder (or iPhone recording app) close at hand.

Songs can be written to grooves and this can be a really fun way to write songs with electronic music producers. If you're a producer yourself, try composing a short four- or eight-bar loop and writing the chords and melodies to this overtop. If you're a vocalist and you're working with an electronic music producer you may be sent short grooves to write overtop of. Grooves are a fun and simple way to write.

All songs are built around chords and there are standard chord progressions that are used and work well in the pop genre. Chords are named after the scale degrees; a chord is built from every other note in the scale. In the key of C, the chords that are build off the scale degrees are as follows:

vii – B diminished (not used much in pop music)

vi IV I V (Am F A C G) "Complicated" by Avril Lavigne and "What If God Was One of Us?" by Joan Osbourne.

vi-V-IV-V Linkin Park - "In The End" intro and verse. (This one sounds really dark)

When you’re just starting out as a songwriter, use any of the chord progressions listed above. Just be sure not to use the melodies from the songs!

Melodies in pop music should be simple and catchy. When writing the melody, ask yourself, could a kid sing this back to me? If not, it's likely too complex for a pop song. The range of the main melody line (the musical distance between the lowest and the highest note) should generally stay within one octave, as many singers prefer to stay within a set vocal range. 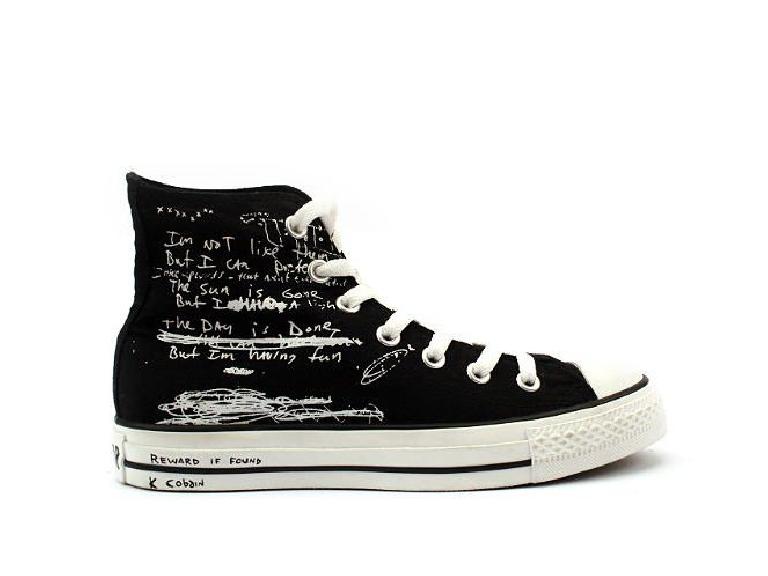 Lyrics can be written before or after writing a pop song, depending on the nature of the song. Writers should have a solid idea of what the song is about, and write lyrics that convey one message throughout the song. (e.g., if a song is about an apple, don't write about an orange). Try to cover one topic or one message throughout the song. Rules are meant to broken and one of my favourite lyric writers, Kurt Cobain, wrote lyrics that seemed to make little sense. This didn't stop millions of people around the world from loving his band's songs. Go figure.

Though the art of writing pop songs is a craft that can be nurtured and developed, many great songs are inspirations that have come to writers in their dreams. If you're catching a few zzz's and hear an amazing song in your head, consider it meant to be and commit it to (digital) tape as soon as you awake. You're one of the lucky ones! If this doesn't happen to you, it's back to good ol' fashioned pen, paper and guitar grind.

Have fun writing, I look forward to hearing your new hits climb the Billboard charts!

Watch these tutorials on Songwriting in the Ask.Audio Academy HERE.