Discover eight essential tips that pro audio engineers and music producers use to improve their mixes.

Anyone who’s been mixing for a while has certainly incorporated a number of well-established procedures and techniques, but those new to the craft may not yet be familiar with many of the tools and techniques that experienced mixers turn to as a matter of course. This article will offer a few tips and tricks that long-time mixers often employ, and a little conventional wisdom for novices new to the art of the mix..

One of the most basic aspects of any mix—which is often given short-shrift by many novice mixers—is panning.  Arranging the elements of a mix across the stereo soundstage not only fills out space between the speakers but—thanks to the way out stereo hearing works—can help achieve greater clarity, especially in busier mixes. Current mixing practice usually places key elements—kick, snare, bass, lead vocal/inst—in or near the center, and often shoots for a balanced mix, where there is more or less an even amount of audio energy on both the left and right sides of the mix.

2. Use Doubling For Density

The practice of doubling—having two (or more) instruments or voices play the same part—has been used in musical arrangements for centuries. Nowadays, doubling is done either by recording an actual second track or artificially duplicating a part, via ADT (Artificial Double Tracking), the use of a slightly delayed copy mixed with the original performance. Performed doubles will usually have a looser, more “human” quality, while ADT doubles will typically provide a tighter doubling effect—both types can be useful, depending on musical style.

Thanks to the slight timing (and pitch) differences in the second track, a very subtly doubled part will often sound a bit richer/fuller in tone, and slight pitchiness may be smoothed over. One common approach to doubling is to take a part—maybe a rhythm instrument like a strumming guitar—double it, and pan the original and doubled versions widely.

3. EQ Both Soloed And In Place

EQ is one of the first tools both novice and experienced mixers turn to, to dial up a better tonal balance for both individual tracks and the mix as a whole. To that end, the best results are likely to be achieved by applying EQ both while a track is soloed, and also with that track being played within the overall mix. Soloing a track can help reveal any inherent tonal flaws in the recording that may need to be remedied with EQ. But ultimately that track will be heard in context of the overall mix, so you’re not done with EQ until the tone of the track sounds right with everything playing around it.

It’s not uncommon to end up with EQ that works when the track is heard in the full mix, but makes the part sound thin or peaky if that track is also heard on its own at some point in the mix—in those cases many mixers can dial up different EQ settings via automation or by dividing the part into separate tracks.

4. Compression As Fix And Effect

Compression is of the most important tools in mixing, and also one of the more difficult processes for novices to master. In mixing, compression is applied for both technical reasons—taming excessive dynamics in a track that prevent it from sitting consistently in the mix—and as an effect, shaping the attack and release of notes to creatively punch up the sound of an instrument (especially drums).

A common technical application would be using compression on a highly dynamic vocal, reining it in when it’s too loud, and bringing up quieter sections that might be momentarily buried under the mix. A typical creative use of compression is to pump up the sound of drums by adjusting the attack and release times of the compressor, making the drums either tighter and punchier (slower attack/release), or bigger and boomier (faster attack/release). 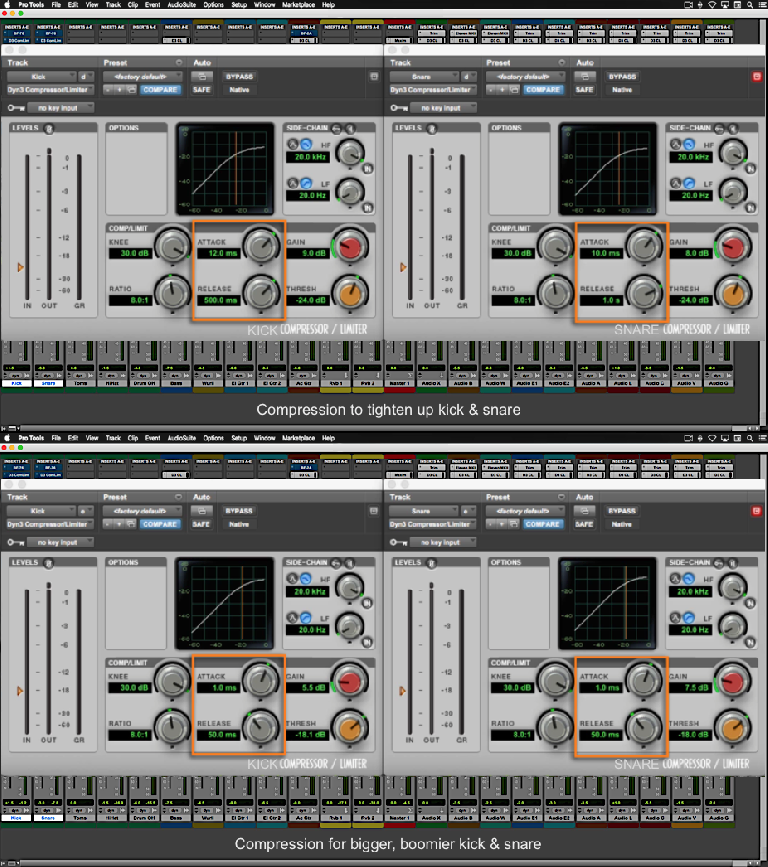 In a real space, all the instruments and voices are bathed in the same reverb, so you might conclude that one reverb is all that’s needed for a mix. But in a live room the reverb surrounds the listeners, while in a stereo mix it all comes from the front along with the performances, so different rules apply. Most mixers will employ several reverbs, with different reverb types for different groups of instruments and vocals—this can help to optimize the reverb sound for various elements of the arrangement, and provide better clarity for the mix overall. In a typical setup, a nice dense plate or tight room reverb might be chosen for drums, while a more open, echoey room or hall might be selected for vocals, with a small room consisting of mostly ambience/early reflections utilized for rhythmic instruments. 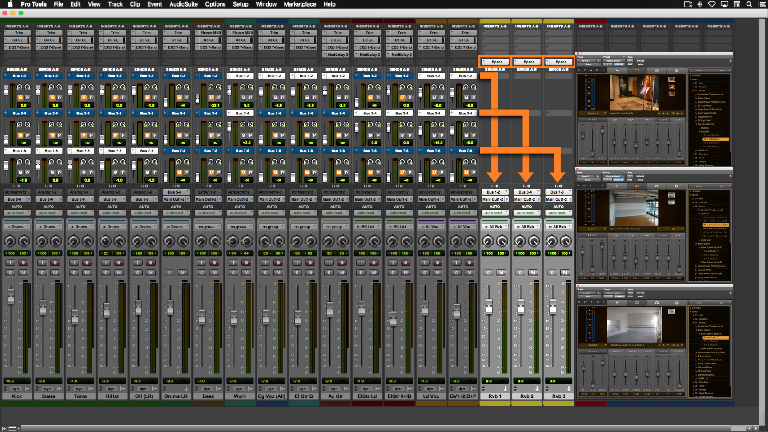 Just as ADT doubling can add extra tonal fullness while simulating a second performance, adding a little LFO modulation to a short-delayed copy of a track (using the same 15-20 millisecond delays as doubling) will turn that effect into chorusing. This can provide for additional richness over and above a simple doubling, adding anything from a slow sweeping classic chorus to a fast shimmering effect, depending on LFO Rate and Depth. Shorter delay times (±1-2 ms) and extra feedback will yield flanging, a more dramatic metallic sweep, and a similar but softer periodic swoosh can be had with phasing, which uses a slightly different approach to enrich the signal.

Automation—having levels or FX settings change at different places in the song as needed—is a very useful tool. But once a control has been automated, it can be more of a pain to make small changes to it, since any manual settings will be overridden by the automated values; so some mixers tend to avoid applying automation until they’re closer to the end of the mix, and most static settings are already in place. 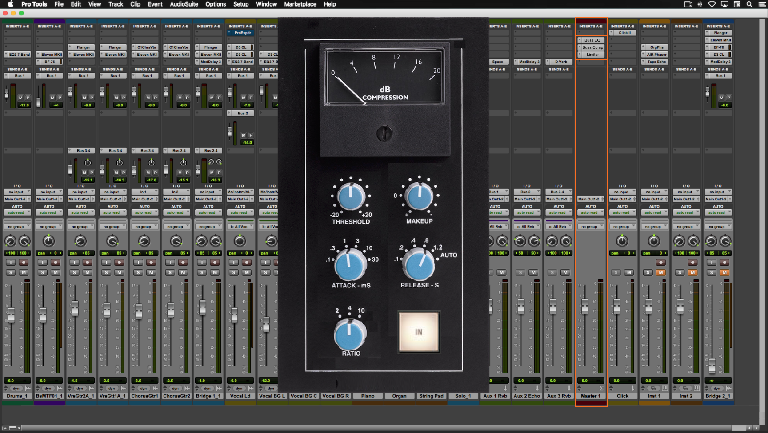 Since overall stereo bus processing will be applied in the final Mastering stage of production, some mixers avoid it at the mixing stage, while others feel it’s an integral part of mixing, especially bus compression—ultimately it’s up to the mixer to make that determination. I’d suggest that even when bus processing adds some benefit to a particular mix, the mix should still be able to stand on its own without it.

As I said at the top, most experienced mixers are well-versed in these tools and techniques, but hopefully this brief once-over of mixing practices has been useful for newbies, providing at least some food for thought when sitting down to practice the art of the mix.

Take your mixes to the next level with these video tutorials from Pro Producers: https://ask.audio/academy?nleloc=category/audio/topic/mixing