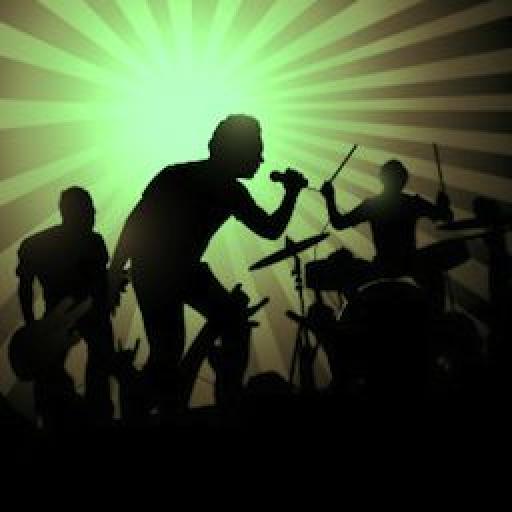 Language
You've just produced a great song or club track, what next? Don't just sit at home... Go out there and find ways to connect with an audience and musicians in order to build an effective fanbase.

Much of what is discussed on macProVideo is what occurs behind the computer. And, that's all great as the computer is where almost every aspect of music is occurring. But when it comes to production and marketing, if you understand the machine, then you are one step closer to stardom.

Platforms like Facebook have become a major forum for musician advertising, networking and public relations (no, not that kind...). By spending a few hours a night posting, linking Youtube videos, and simply spreading the word about shows, you can really get a lot done. But, this isn't the point of this article... Though, it may discussed another time.

One thing that isn't often discussed is:

What do you do when you're not on the computer?

Let's face it, there are tons of brilliant musicians out there creating Hip-Hop, Glitch-Hop, Dubstep, Indie Rock, and a slew of other sounds. They rock! You'd be surprised to know, however, that many of these musicians are still sitting in the garage, as opposed to actually gigging.

What are they doing?

The biggest thing that they are doing is not in this list because I'd like to discuss it separately. The main thing that the artists at home are doing that is entirely different from what the musicians in the club are doing is..?

I've been there before. You have a ton of work done, you have a talent, you have two shows worth of material. You're also dreaming all day about how it will be once you've got that first show, how life will change, how your date card will be completely filled. But, you're too scared to get out there and make something happen.

I believe the greatest reason for being afraid in this area is not understanding where to begin in the first place. Knowing this to be true, I'd like to pass on a small blueprint for where you can begin to start reaching out to your local music scene, and put fear behind you.

In every city, there will always be one, or more, venue that caters to the sound that you perform. You may have already found this venue, and there may be several more. My biggest recommendation is to start scouting out all of these establishments.

Once you've found them all, I would heartily recommend discerning their importance within the local music scene. This can be done by determining:

Once you've determined which club is the highest profile, start attending regularly, even if it's only for a few minutes a week. But, while you're there, make use of your time wisely. This leads to the next step...

By watching live performances of other artists, you learn what works, and what doesn't work on stage. Don't get me wrong, by watching a lot of bands play live, you will still need to practice your own stage presence. This is just an easy way to see what works with the audience, and so on.

Beyond taking notes, there are other major perks to going to live shows of other musicians. The biggest being supporting a local scene, and secondly, getting to know your local scene.

This is also where you can start to meet the performers and the promoters of the shows. Before talking about promoters though, let's talk about...

A lot of people think that other musicians are out to hurt any other musician that comes along to keep their spot on top. However, you should ask yourself, “On top of what?”

In local music scenes, no one is on top. The other bands may be playing regularly, but they are, in most cases, still working crappy day jobs. They are also guys and gals that have the same passion as YOU.

When a show is over, go up and introduce yourself, but don't over do it. Keep your introduction brief on a first meeting, and simply congratulate on a job well done. I would also recommend keeping the demo CD to yourself on a first meeting. Keep it genuine, and you'll build a better rapport. Once you've seen a few musicians around a few times, and you're getting along well, talk about yourself more, tell them what you're doing. This may sound like you're taking baby steps, and that's because you are. We live in a time where people are suspicious of outsiders. If you can prove yourself trustworthy over time, they are also highly likely to point out these next people on the list..

In every scene, there are one, or two, highly passionate people leading the charge for local music. In some cases, these are people who come from money, in most cases, they are just good at making money to feed their habit. The habit being: Live music.

Promoters are the cool kids that love a particular sound of music, and know enough people to have a small following of their own. They have a following because they usually dress well, have a lot of charm, but most of all: They've thrown some killer parties and shows. If you can impress one of these people with your music, you will start playing shows very, very quickly. They are always looking for opening bands for other acts that they have performing.

Promoters can be easily determined by asking door people, bouncers, and so on, any time there is a live show. If you have a club event that happens once a week, at a specific club...

Example: The Cat Night! Every Wednesday at the Stork Club.

... You can usually catch them sitting around, bored. Why? Because weekly events tend to have slow and busy nights, but most of all, they are on a work night, and most people don't party as much.

On slow nights, this is the perfect time to catch them! Be on your game, smiling, talkative, and have a demo CD. Keep the conversation to a minimum though. Introduce yourself, tell the promoter what you do, give them a CD, and get out. It also never hurts to congratulate them on a recent show they promoted, or tell them how much you love their event. Promoting is just as hard as actually being a musician!

If you carefully follow the steps above, you should have a show within a month, or so. If you're really charismatic, you'll have a show within a few weeks. Don't judge your success on time though. The best way you know you're on your way is by the amount of people that you know when you walk in to your local club. If you're waving, or shaking hands with a few more people than the week before, believe me, you're on your way.

In the next article, I'd like to talk with you about building a fan base.