Language
Make the most of FXpansion's versatile drum synth, Tremor in these essential tutorial-article. Hollin Jones shows you how to become a beat bad-boy (or girl) with these 7 top tips.

FXpansion's Tremor is an incredibly powerful drum synthesizer with eight separate and configurable synth engines powered by the company's DCAM technology. For making electronic beats in any number of styles, or just weird noises, it's an amazing and easy-to-learn instrument. Check out my top tips to get the most out of it. There's a downloadable demo available so you can try them out for yourself!

Tremor's sequencer is polyrhythmic which means that its lanes essentially operate independently of one another. Not completely of course : they all stay in sync with the master tempo. But by dragging the Polyrhythm markers from the end of each lane, you can set each lane to play for a different duration. So while your kick drum might play all the steps in the sequencer, the snare might only play the first ten then cycle back around. It's a good way to make interesting and varied beats.

Each drum is powered by its own synthesis engine for a total of eight, and each works independently. If you right-click on the number of one of the engines to select it you can reveal a contextual menu that lets you copy or paste the settings for that engine, or reset it back to its default. So if you had a great hi hat sound and wanted to create a variation on it, just copy and paste it to the next engine and tweak the copied synth settings.

The Drag Edits menu can set the behavior that results from dragging the mouse up or down on a note. This is really cool since it means you can quickly create variations and more interesting patterns without having to do any heavy programming. Velocity sets the volume of any notes you select and drag on, Repeats lets you draw in repeated notes and Probability determines the chances of a note being played during playback. By mixing and matching all three you can go far beyond the scope of a simple sequencer. 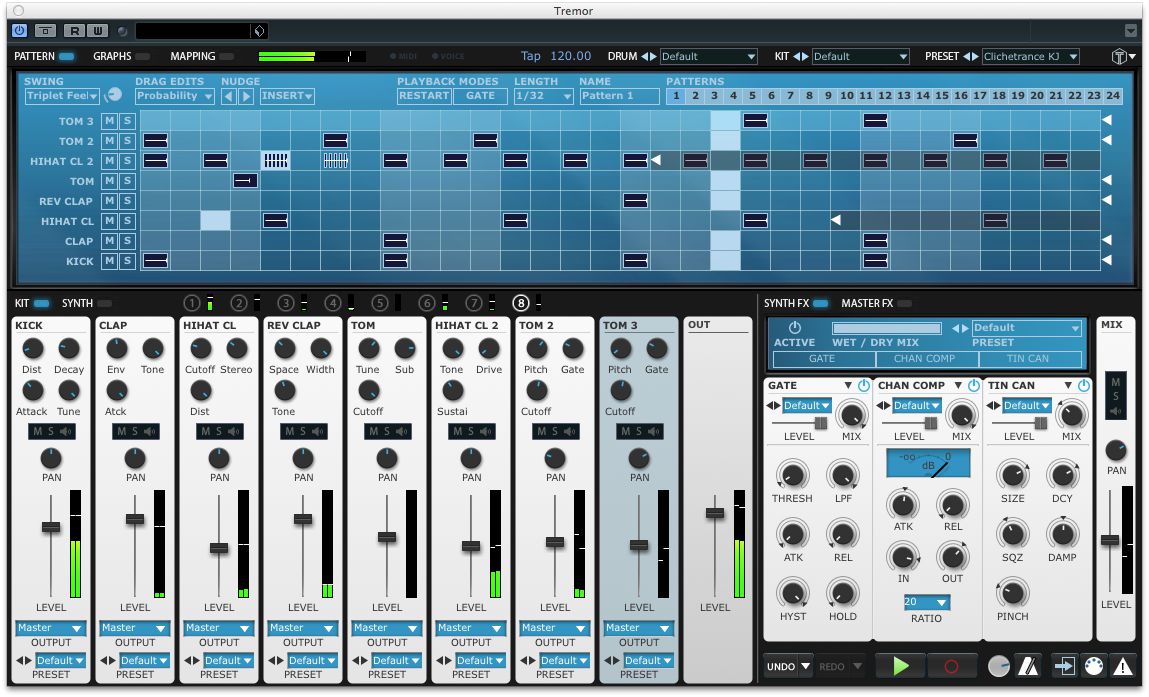 Tremor uses something called the TransMod system to assign virtually any modulation source to control other parameters within any synth engine. By drawing modulation into a control you will see a blue area created, representing the amount of change that will be applied by the modulator. Assign multiple sources to the same parameter to create some dynamic and unusual sounds.

You can add multiple effects to each synth engine and also to the Master outputs to dirty up and shape Tremor's sounds. Applying effects to individual drum sounds makes it easy to create much more interesting sounding kits. The TransMod system works here too, so effects can be controlled just as easily as synth parameters.

The Graphs section contains four separate graphs and each one can be used as a modulation source. You can draw in graph data then assign the graph to a parameter to get manual control over the way modulation is applied. Modulate the filter cutoff for example, and then create a Graph to make it more closed towards the beginning and more open at the end. The result is a more dynamic, interesting sound. 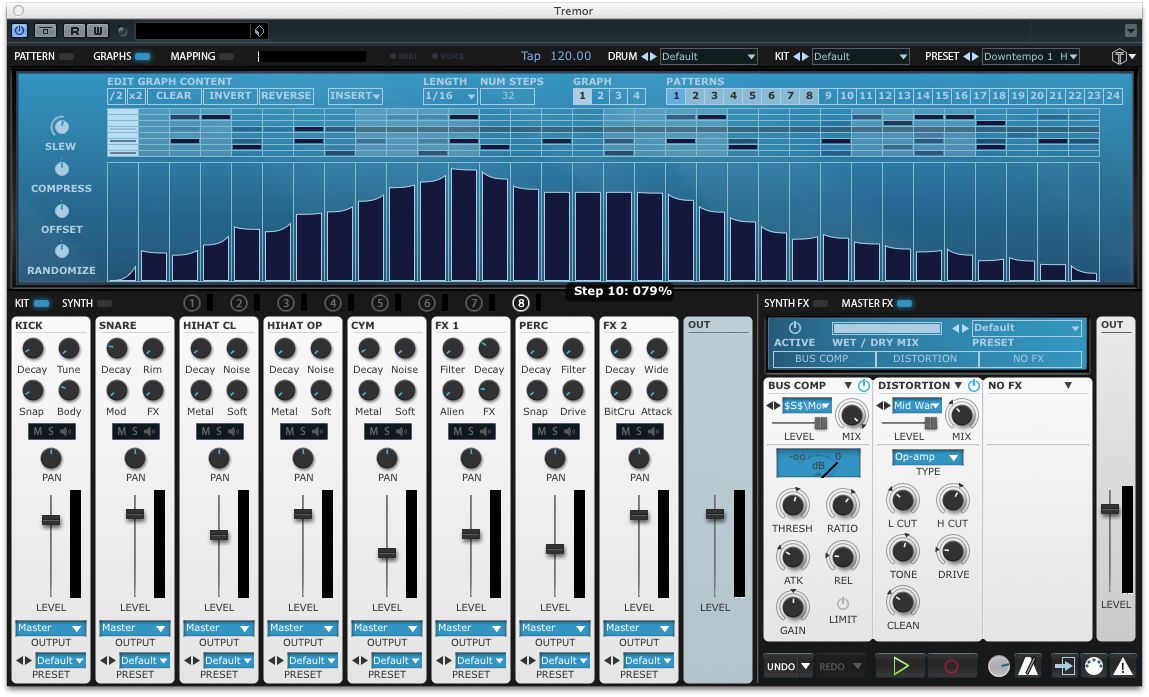 Get ultimate control over how modulation is applied to synth parameters using up to four graphs.

In the main sequencer, click on the Insert menu to see a list of ready made MIDI patterns that you can place straight onto a track. If you click and drag with the mouse to enter a series of notes but keep the left mouse button pressed, pressing the right mouse button will cycle through a load of preset patterns just for that track. Try it to see what you come up with! 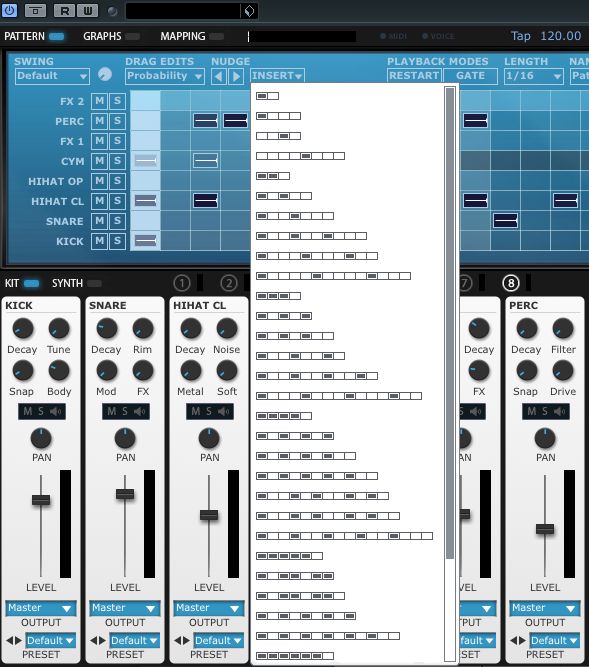 Insert read-made patterns to drum lanes with a single click.