Language
Modelled virtual (and some physical) instruments have gone from strength to strength. Here are seven of the most authentic-sounding ones around today.

Modeling technology is widely used to emulate hardware effects, everything from guitar and bass amps to vintage compressors and EQs has been simulated via physical modeling, where the entire circuit path of a device is recreated in software to capture not just the sound but the dynamic response of classic gear. Modeling is also used to create playable musical instruments, and while this is still an evolving technology for that application, there are currently a good number of excellent modeled instruments that often provide a more natural sound and playing response than sample-based designs. Here are 7 modeled instruments that any player looking for a more realistic version of his or her favorite axe should know about

I’ll start with Modartt’s Pianoteq, because emulating the acoustic piano was one of the early modeling efforts which for a long time produced less-than-optimal results. But with Pianoteq, Modartt has proved that piano-modeling is ready for prime time. 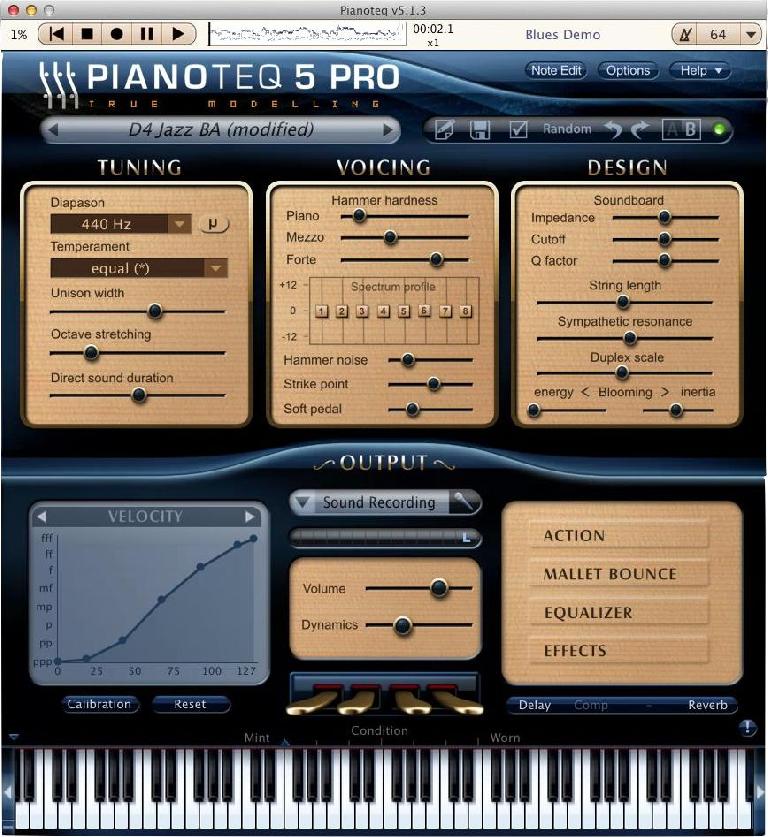 As with all modeling plugins, Pianoteq has an extremely small footprint compared with sampled pianos: the pressure is on the CPU, though Pianoteq’s demands are still relatively modest. A number of pianos are emulated, some which are the company’s own creations, and others that model specific brands and models. Notes (especially low notes, the most telling) ring out with full decays and a rich tone, and the fully adjustable dynamic response is very natural to play, especially from a properly weighted 88-note controller. The full version offers tweaks to just about every aspect of the piano sound from temperament to hammer and pedal noise through to soundboard resonance - you can even adjust each of the 88 notes independently!

To properly simulate a recorded piano, customizable multi-microphone setups are provided. Smaller versions sacrifice some of the tweakery, but the sound quality is the same. And Pianoteq also offers optional bundles of other modeled keyboard instruments,like harpsichord, electric pianos (Rhodes, Wurli, Pianet, Clavinet), mallets (vibes, marimba, xylophone, celeste), and even orchestral harp and steel drums. Piano players would do well to check out the demo and see what Modartt’s modeling tech has to offer them.

Mechanical and electromechanical keyboards were among the first instruments successfully modeled. Not having to emulate the effects of sound waves in the air probably made the task easier when CPU power was more limited. The Hammond B3 organ is represented by a large number of modeled entries. Some are virtual instruments (Logic, NI, Arturia), others are models included with physical keyboards (Nord, Hammond). All include not only the sound of the tone bars but also the characteristic distortion of the preamp and the overdrive and swirl of the Leslie speaker which is often the make-or-break aspect of the model. I’m going to cite what’s probably a lesser-known modeled B3, from a small Italian company - GSi’s VB3 - which I think is one of the best around, for both its organ and Leslie sounds. 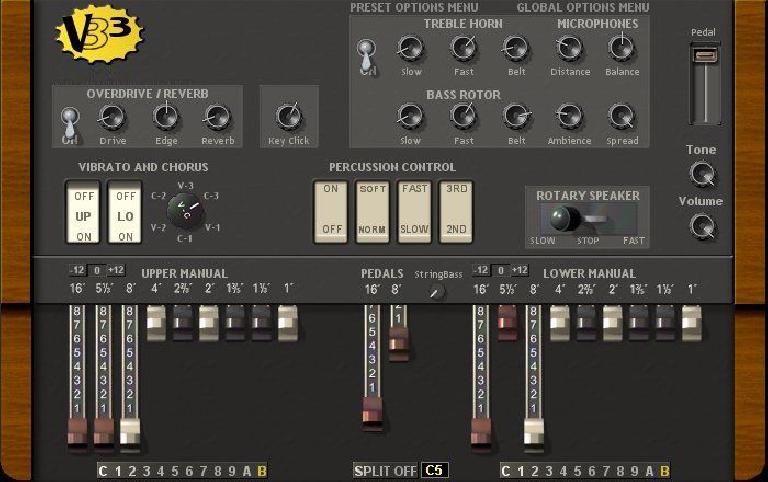 The VB3, like most emulations, includes all the elements of the real thing: tone bars, percussion, vibrato/chorus and key click, as well as full control over the overdrive and excellent Leslie sim. There are separate drawbars for upper and lower manuals plus pedals, which can be set to be played by two MIDI keyboards and a MIDI pedalboard, and the virtual drawbars can be mapped to MIDI sliders or dedicated drawbar controls. The best part is the price. It’s about a half to a third of the cost of most other third-party B3 VIs which is definitely good bang for the buck.

AAS—Applied Acoustic Systems—specializes in modeled virtual instruments and has been making them for a long time. Their general purpose modeler, Tassman, is great for experimental instrument creation but they also have a number of more specific modeled instruments to offer. Lounge Lizard includes highly tweakable models of the Fender Rhodes and Wurlitzer electric pianos, while Strum models the sound and performance style of acoustic and electric guitar for keyboard players. Their latest instrument, Chromaphone 2, is one of the relatively few dedicated percussion modelers other than general-purpose modeling tools like Logic’s Sculpture, and it’s well-equipped for creating both real and fanciful percussive instruments that sound and play dynamically. 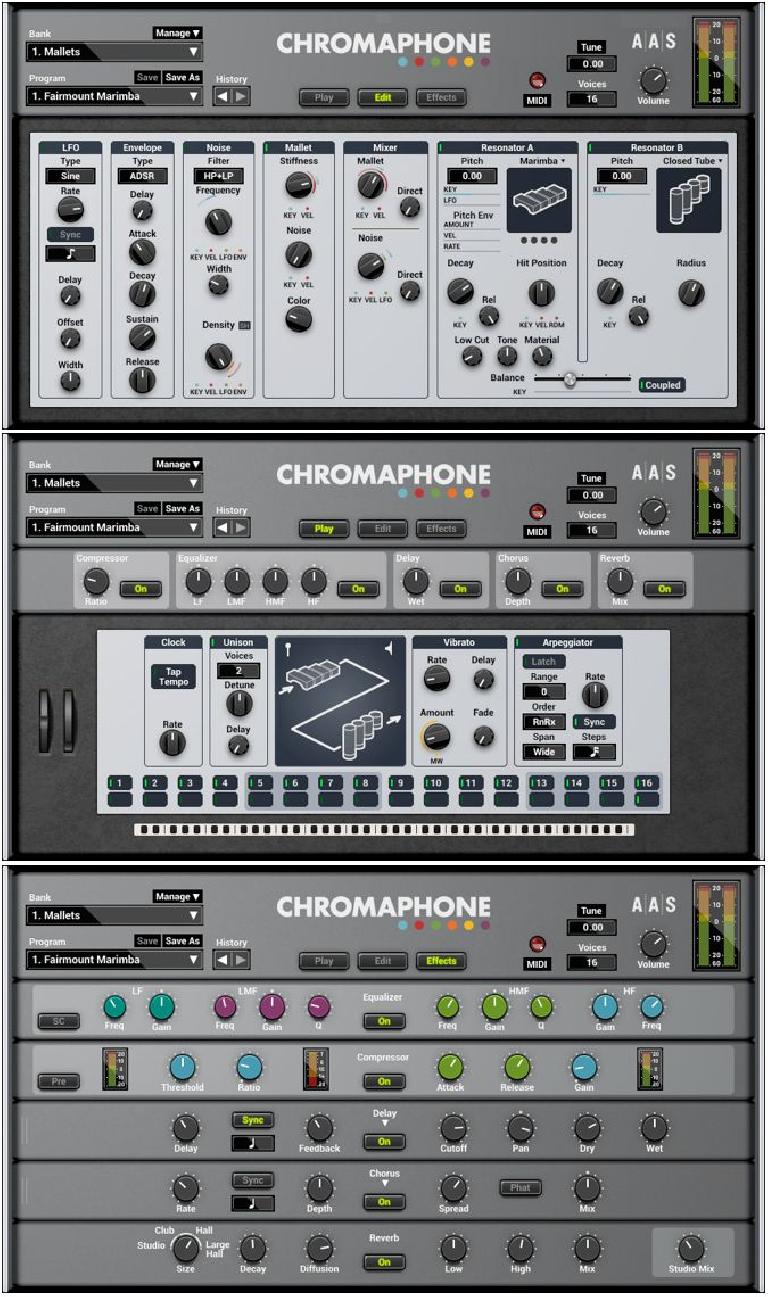 Surprisingly, there are not a lot of virtual instruments that use physical modeling to create a standard drumkit. A number of drum plugins incorporate it, but they’re more typically geared toward making electronic/synth drum sounds than recreating the nuances of a real kit. However in the hardware domain, Roland’s V-Drum electronic drum kits are the top-of-the-line when it comes to playable electric drumkits, and the sounds are entirely created via modeling technology. 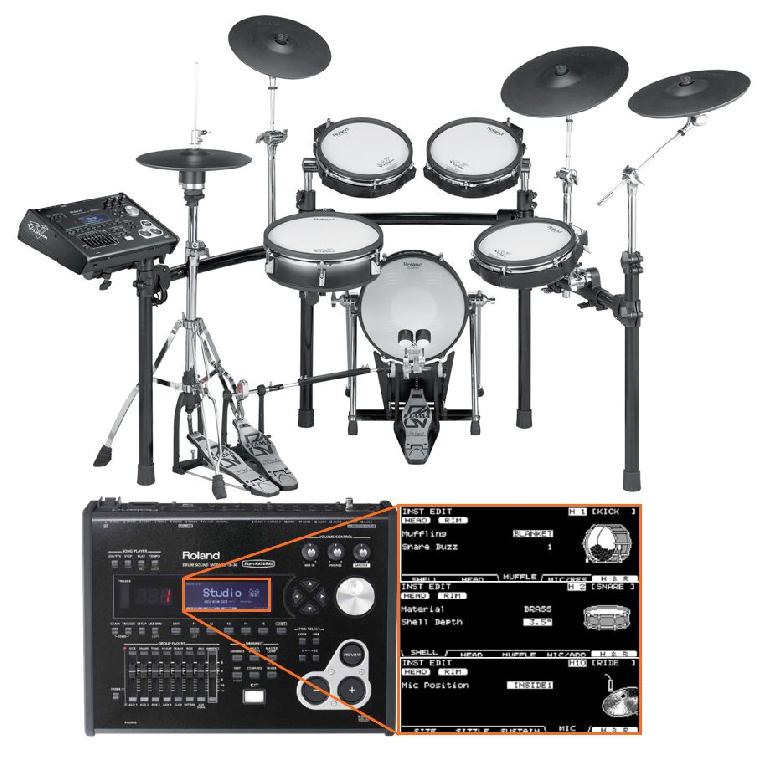 Roland’s V-Drum kits incorporate many state-of-the-art innovations like silent mesh drum heads for quiet and nuanced triggering, and actual moveable hihats. The sounds are generated by their COSM modeling technology which they’ve now also applied to piano and accordion as well, and the brain of each kit lets the drummer create each drum from scratch, specifying shell material (wood, steel, brass), size, depth, head type (1-ply, 2-ply coated), and even damping (virtual tape, gel) along with the usual EQ and reverb/ambience features. Cymbals can be specified in terms of size, weight, stick type (wood, plastic), even rivets!

Playing on the kit lets a drummer transfer almost all of his normal acoustic technique and with a little effort, it should be easy enough to come up with a highly natural-sounding and playing kit for any style of music. The combination of the sounds and playability make V-Drums a winner, with the only caveat being the price, which is, shall we say, daunting, at least for the top-of-the-line kits, which offer the best sounds and playing experience.

While we’re still in the world of hardware modeled instruments, it’s worth noting that there are a couple of modeled guitars available and the Line 6 Variax is the one I’m going to talk about here. 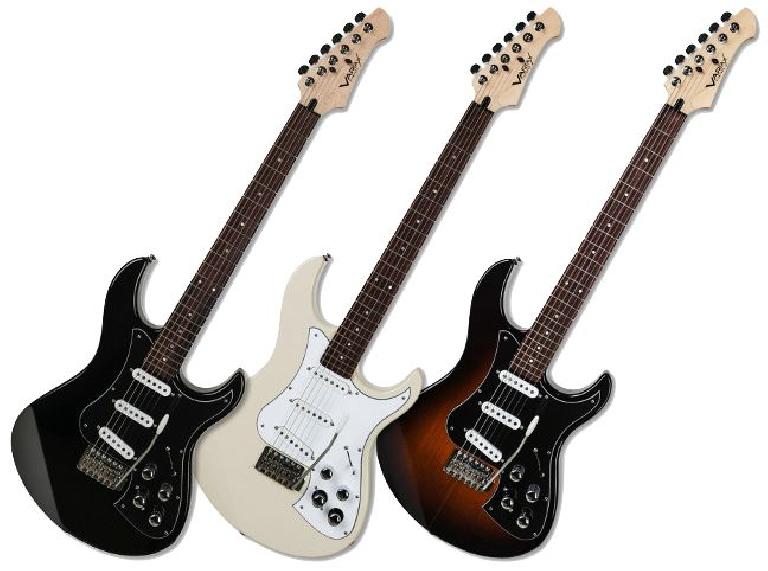 This is a real electric guitar, with real strings, so the modeled sound is not created from scratch. The actual vibrations from each string are picked up by a full-range hexaphonic piezo pickup in the bridge, and then the modeled sounds of different types of electric and acoustic guitars are superimposed on the real vibrating string’s signals by the onboard modeling circuitry. The magnetic pickups are just a backup, in case the battery that powers the electronics were to die during a gig. The Line 6 Variax emulates the sound of 20-some-odd electric and acoustic guitars along with a few additional goodies.

Emulated models include the usual Fender and Gibson classics, as well as guitars from Gretsch and Rickenbacker including the Rick 12-string popularized by the Beatles and the Byrds. Models of acoustic 6 and 12-strings are also included along with a resonator, a Dobro, a banjo, a Coral electric sitar and a Danelectro. While it can feel a bit odd at first to be playing a 12-string sound from a 6-string fretboard, or an acoustic sound from a solid-body electric, you get used to it quickly and since the performance gestures are being created by actual strings the modeled guitars are indistinguishable from the real thing in playback.

Arturia’s V Collection 5 is a comprehensive collection of modeled vintage keyboards. It has the usual electric pianos and organs but I’m including it here more for its modeled versions of classic synthesizers. 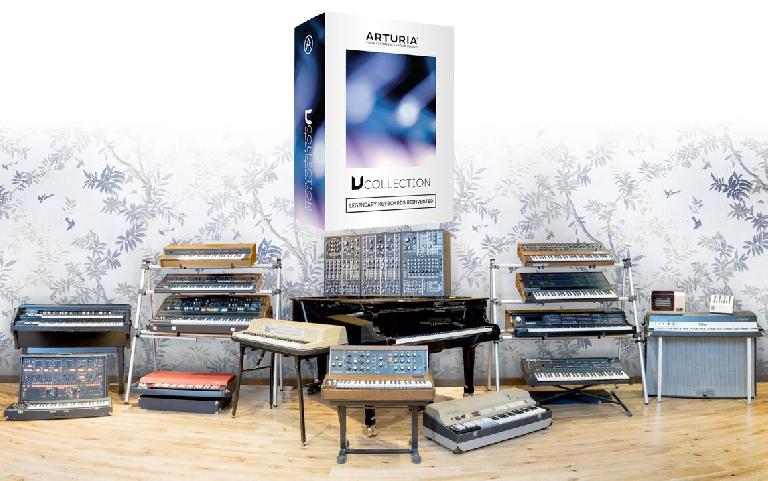 Now you may wonder what’s the point of modeling synths as opposed to just creating them generically with software algorithms since the originals’ sounds were created artificially/electronically in the first place, but it does make a lot of sense. Most classic analog synths had similar componentry and layouts, but each brand and model had its own distinctly different tonal character. A lot of that came from the specific components used: there’s a tremendous amount of variety in the sound of different oscillator and filter circuits, and that’s a big part of what gave all those classic Moogs, ARPs, and Oberheims their own unique sonic signatures.

The newest entry to the world of modeled virtual instruments is IK Multimedia’s MODO BASS, a modeled electric bass plugin that provides the sounds of no less than 12 basses including classics from Fender (Precision and Jazz Bass), Rickenbacker (4003), Gibson (EB-0 and Thunderbird), MusicMan (StingRay 5-string), and Hofner (“Beatle” bass), and a couple of modern basses as well (Yamaha, Ibanez, Warwick). 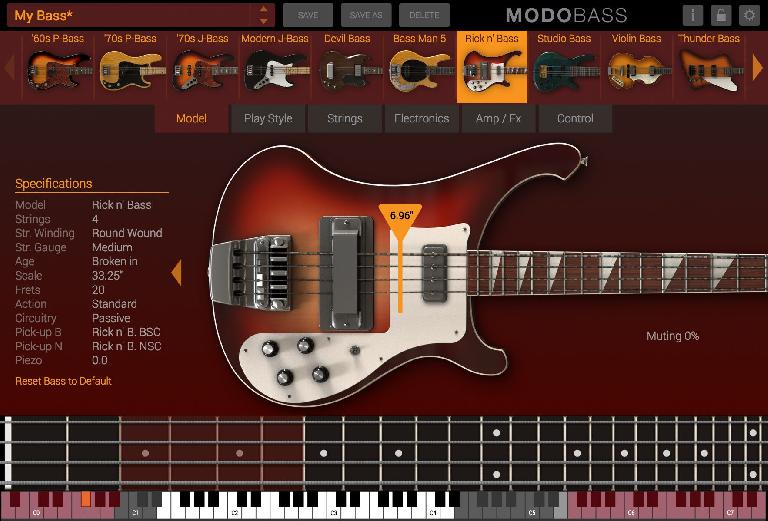 You can specify just about every aspect of the sound, from pickups to playing style and strings and there are two modeled amps (vintage and modern), plus a collection of bass-centric effects. Different articulations are mapped to keyswitches at the bottom of a full keyboard, and the plugin handles various techniques like legato playing and slides with aplomb. And, like most modeled instruments, it leaves a relatively tiny footprint on your hard drive.

The very model of a modern instrument