6 Mistakes to Avoid When Mixing with EQ

Language
Shaping the tone and sound of an instrument can be achieved using EQ plugins. But, there are potential pitfalls waiting round every mixing corner. Here's 6 EQing mistakes to avoid during mix down.

EQ is one of the most fundamental processes in mixing—shaping the tone of instruments and voices is one of the most important tools for both bringing out the best in individual tracks and making sure everything blends together optimally in the mix. Once you’ve been working with EQ for a time, you begin to get a good sense of how much to apply and what frequencies need to be adjusted, but there are still a few pitfalls that can trip you up. Here a few suggestions for avoiding some of those potential gotchas. 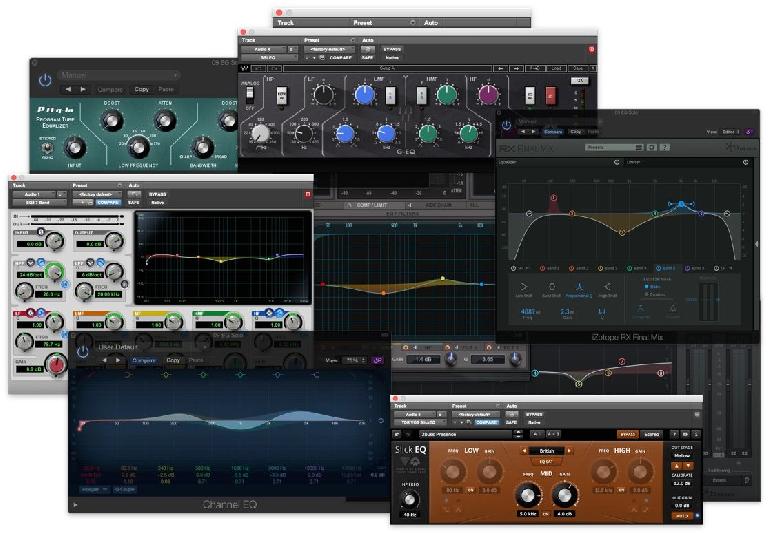 1. Don’t let the bass bring you down

One of the most common problems with many mixes done in smaller project and home studio spaces is the low end. Big-ticket studios are acoustically treated to provide a more neutral response for the critical low frequencies, but smaller setups often suffer from uneven and misleading low-end response. This can be a result of both frequency-response limitations of the speakers and the effects of the room (standing waves) on the bottom end. 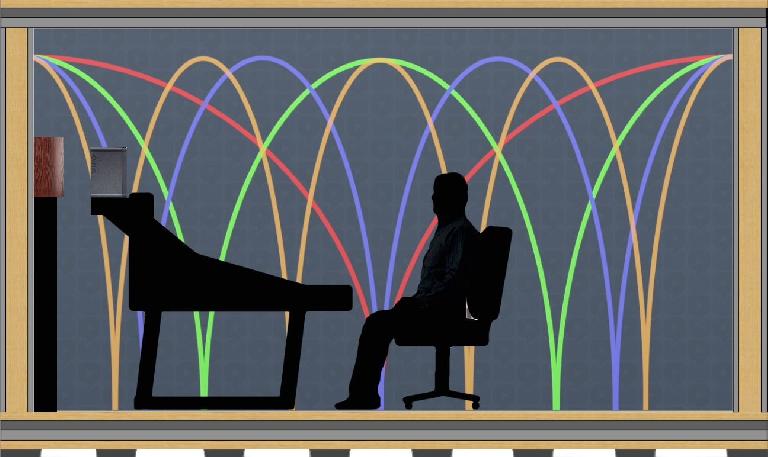 Fig 2 Standing waves can cause frequency-response irregularities in the low end, which can result in poor EQ choices in the bass.

When the system is giving an inaccurate picture of the lows in the mix, any EQ applied in that range becomes suspect, and can often do as much harm as good—you may end up applying EQ to compensate for problems in the particular monitoring environment, which will work against the mix when it’s heard in other locations that don’t share those same low-end irregularities. Couple that with the tendency of mixers to push the low end when monitoring at medium-low levels, and you’ve got a recipe for problems. 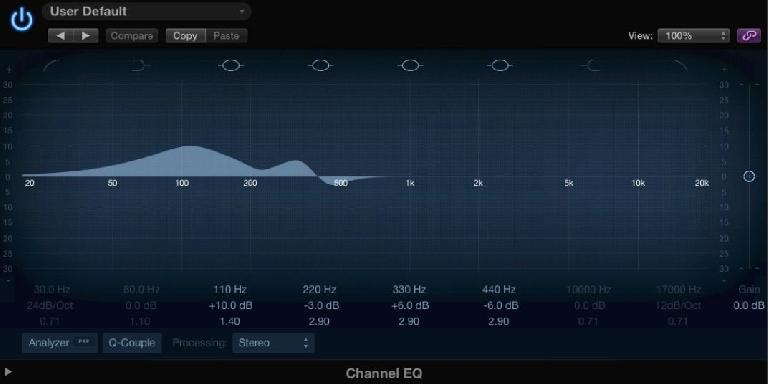 Fig 3 Standing waves and other room and speaker irregularities can result in poor EQ choices in the low-frequency region.

Audio Example 1—A mix with too much low end applied to the kick drum and bass tracks:

It’s important to try to reduce any negative effect of the speakers and room on the neutrality of the frequency response, ideally with physical treatments (proper speaker positioning, bass traps), but when this can’t supply a totally even response (which it probably won’t, in most cases!), then it’s imperative to get to know the room’s low-end response, by listening to appropriate reference tracks of commercial mixes. If you can get in your head what your system & room’s low-end should sound like on well-mixed, well-balanced material, you can mix to that balance, which will help those mixes “travel” better (sound good on other systems).

The other side of the coin is the high end. Bumping up frequencies in the upper midrange (presence) area (~ 4–8 kHz) and higher treble (~ 8–12 kHz) will add clarity and crispness to the overall sound of the mix, and, in busier mixes, help the details of the various tracks come through. But this detail and clarity is seductive—it’s easy to overdo it, resulting in an excessively bright, forward, possibly sibilant mix that can tend to induce listener fatigue. And the more you accentuate the upper end, the thinner the mix will start to sound. You don’t want to sacrifice warmth and fullness for presence and detail—these must be in good balance for the mix to sound its best.

Audio Example 2—A mix with too much high end applied to various tracks:

3. Don’t stray too far from home

As a mix progresses, it’s common for more and more EQ to be added, a little bit at a time, as the elements are brought together. Our ears become accustomed to the new tonality that the EQ provides, and we forget what the track originally sounded like tonally. If the recordings are good, most instruments, and especially vocals, shouldn’t really need too much EQ (with the possible exception of drums), and the more we add, the more “hyped” and un-natural the sound can become, but we don’t realize it, because we’ve gradually gotten used to the hyped-up tone. It’s a good idea to periodically bypass the EQ and see how far away from the original tonality you’ve gotten, both with individual tracks and the full mix. Occasionally getting the sound of the raw recordings back in your ears can help to avoid this “EQ creep”, and promote the use of only as much EQ as is required, for an overall smoother, less-hyped sound.

These next two suggestions kind of go together. One thing to watch out for is that you don’t give so much attention to certain tracks that you end up over-EQing them in a way that makes them stand apart too much from the other elements in the arrangement. Now, it’s appropriate to EQ different instruments and parts differently—that’s one of the ways you’ll maintain clarity—but if certain parts end up being so bright, or so present, compared to most of the other tracks in the mix, they may seem to float above the mix rather than blend in properly, calling undue attention to themselves. This is, admittedly, a judgement call—there are times when that may be what you want, but you also don’t want, say, a rhythm guitar or keyboard pad to be overly prominent simply because you used a lot more EQ to enhance it when you had it soloed, to arrive at what you thought would be its best tone.

The key is too make sure that the tracks—the musical parts—fit together properly, not just from a technical standpoint of clarity and detail, but also musically and aesthetically. Instruments that work together as part of the arrangement, like pieces in a jigsaw puzzle, will probably work together best if they blend well together tonally, as well as level-wise.

The other side of the last suggestion is that it’s also important not to go too far in the opposite direction. While you don’t want tracks to fail to blend well due to poorly matched tonality, you don’t want them to all have too much of the same tonality either. While the various elements of an arrangement should sound like they fit together well tonally, at the same time each part must also carve out its own space in the mix. Often a mixer will find himself/herself reaching for the same frequencies track after track—a boost at 100 Hz for fatness, a dip at 1k for smoothness, a touch of presence at 5k, a bit of air at 12k, etc. This can result from a personal preference for the particular enhancements those frequencies tend to provide, but it can also be the result of unconscious compensation for speaker & room frequency-response irregularities. 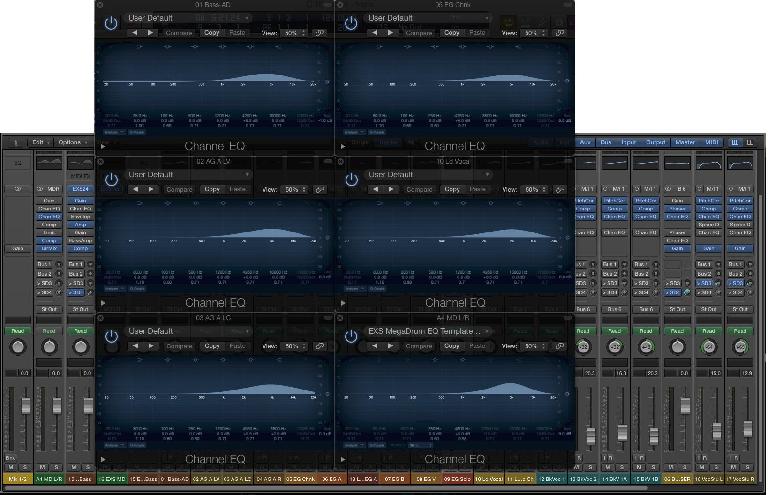 Fig 4 Too many tracks with similar EQ applied can build up, giving the mix an unpleasant edge in those frequency ranges.

Audio Example 3—A mix with EQ boosts at the same frequency applied to too many tracks, resulting in a buildup at that frequency:

Either way, when the same frequencies are turned to repeatedly—especially when EQing tracks while they’re soloed—the end result will often be a mix with an obvious over-emphasis at those tonal centers. This can induce listening fatigue, or make the mix sound somewhat “canned”—over-processed. The best mixes, EQ-wise, will have slightly different tonal emphases for different tracks, so that the elements of the arrangement still sound like they belong together, but also occupy their own tonal space in the blend. So, if presence is required for several tracks—like, say, several guitar or synth parts that work together—then adding slight boosts at different center frequencies between 3–6k may succeed in putting them all in a suitably similar place in the mix, but also giving each its own specific character. You can even cut one track at the same frequency you boost another, again, to carve out a space for each. The same is true with the low end—rather than boost both kick and bass at, say 100 Hz, try giving one more depth (maybe kick @ 50–60 Hz) and the other more punch (bass @ 150–250 Hz). This will fill out the low end, for a nice sense of solidity, but without too much buildup—unwanted “boom”—at any one frequency.

This last suggestion has been touched on before, but it’s worth reiterating in a more overall context. While working on a mix, we tend to add EQ a bit at a time—individually, and in context of the mix. Our ears become accustomed to the tonal changes we’re dialing up, and we don’t realize how much EQ we’ve applied. On top of that, as we bounce back and forth between working on EQing tracks both soloed and within the mix, the temptation is to try and maintain the same level of detail that we’re hearing when the tracks are soloed, when they’re heard within the mix. So we add EQ to a track, and then another track seems to be lacking, and we add more EQ to that track. This can go on until we’re sitting with a track that may have a good internal blend of elements and a consistent tonality, but that tonality is so far from the natural sound of the elements—and so outside the range of overall tonality found in the best commercial mixes—that if that song were to come along in a playlist, it might attract negative attention just for sounding so processed, which may distract from the listener’s subconscious reaction to the music itself.

Audio Example 4B—The same mix with EQ much more heavily applied, resulting in an overall tonality with an over-processed quality:

There are two ways to avoid this, both of which I mentioned briefly earlier. 1) Occasionally bypass all EQ and see how far the tonality has come from the natural tone of the original recordings, and 2) Occasionally reference the mix in progress to a commercial mix in the same/similar genre. In fact, ideally, you might want to keep a number of these commercial reference mixes on hand. While professionally mixed and mastered recordings all have varying overall tonalities, they all tend to fall within a certain range, where, despite their differences, the tonal balance is still always natural and even. If you have a number of appropriate reference tracks handy, that span a range from overall bright to mellow to warm to punchy, you can quickly get a sense of whether your mix’s tonality is suitably even and natural, or if your ears have become so accustomed to the EQ you’re piling on that your mix has gone off the deep end, and has taken on an overly-processed, overly-hyped tonality that compares negatively to the best mixes out there.

All of these issues are commonly encountered when anyone first starts out mixing—I know my earliest mixes were guilty of most of them!—but the more mixing you do, the more your ears’ internal (subconscious) reference begins to retain a sense of what’s the right EQ and what’s not, and what is and isn’t too much. In the meantime, a little extra attention paid to the potential pitfalls of EQ can help insure the best mixes possible.