Language
Propellerhead Reason users take note! Hollin Jones is all about spatial effects and in this quick read he shares six excellent tips for making the most of reverb in Reason.

The RV7000 is much more capable than you might at first realize. Click on its Remote Programmer section and you can open a more extensive control section that lets you go into much more depth than the simple front panel controls would normally allow. The knob at the top left-hand corner of the edit section (the first of the eight knobs) lets you set the algorithm and thus the reverb type. Amongst the available algorithms are a couple of great echoes which not everyone knows about. It even includes a tempo sync option.

Switch edit modes using the button on the programmer and you can edit the EQ curve of the reverb. This isn't the EQ of the channel, that remains separate. Rather it's the EQ response of the reverb effect itself. One problem with using a lot of reverb is it can over-emphasize high frequencies and end up sounding too splashy and spacy. By dialing down the top end of the reverb effect you can help to combat this and get a nicely reverbed sound that doesn't overdo the high frequencies.

The third edit mode is called Gate and this lets you create gated reverb effects triggered either by audio input or by MIDI / CV. This works like any gate but here, once the threshold is crossed, the reverb gets mixed into the signal. When the signal is below the threshold, no reverb is applied. This can be useful when you only want the reverb to be heard on certain louder sounds and not on quieter ones, but don't want to have to bother automating the effect unit on and off all the way through the track.

Sometimes you want a reverb-style effect but without the splashiness of actual reverb. In these cases, look at using a delay unit like The Echo. If you get the modulation, color and diffusion settings right, you can have a sound that has some depth and interest to it but is actually delayed rather than reverbed. This is a trick that's used a lot in rap vocal, where words tend to be very close together and so reverb doesn't work so well. By using a little delay or echo you add depth without making everything sound muddy and overcrowded.

The RV7 is very old now'"indeed it's been around since Reason version 1'"but it's still good for basic reverbing tasks and it's also very kind to your CPU, using negligible amounts of processing power. It can be good to stick inside combis where something as big and powerful as the RV7000 isn't really necessary. 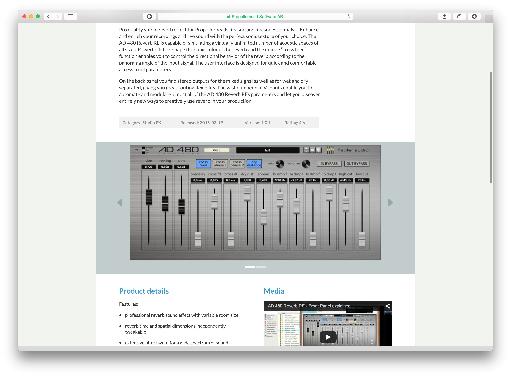 There are more specialized reverbs being released into the Rack Extension Store all the time so keep an eye on it. These all have fully functional 30-day trial periods so you can safely road test them and then hopefully buy them if they fit the bill!