Language
Calling all guitarists... we've got a treat for you to help you make the most of your guitar tuning, setup & playing skills. Here's 6 cool gadgets for your guitar, recommended by Toby Pitman.

Hey, you can never have enough gadgets right? Here's five gadgets that have caught my eye as a guitarist!

This isn't really a new idea but this product seems like the best implementation and design I've seen by far. The SpiderCapo (or partial Capo) is a neat little device that can Capo individual strings. This can open up all sorts of compositional and creative ideas by allowing you to create open-like tunings. 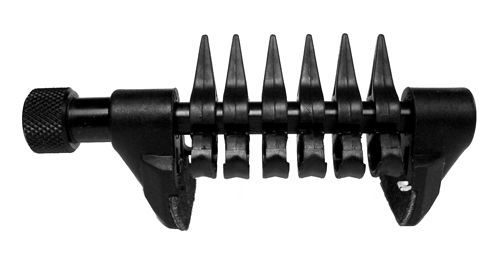 The reason it looks so cool is that it seems to be easily changeable on the fly. There's a fair few videos of people using two at a time to create more complex open chords and bass notes.

They have a cool add on (http://www.spidercapo.com/spidercapo-accessories.html) that also allows you to create harmonics.

Remember when the Gibson 'Robot' guitar came out that could tune itself!! We all went ''WOW!!

Bonzo
Wot, no E-bow?
Kleekru
Here is another one for the list: RoboTar ( robo-tar.com ) is a robot that plays chords for you. Cool if you want to play rhythm and lead on the same guitar or for a guitarist that lost the ability to play due to stroke, arthritis or injury to one hand.
AlwaysOnPlug
Fender Amp owners - Lose the footswitch: Search e-bay or reverb.com using this phrase: "Always On Plug Fender Reverb" and it will pull up various versions of the Always On Plug, a cool and cheap device (about $10). This simple plug is plugged into the back of Fender Deluxe Reverb, Super Reverb, Twin Reverb Reissue or vintage RCA amps to turn the Reverb and Tremolo/Vibrato/Speed/Intensity "always on" so you just control it from the amp controls, and lose the cheesy fender footswitch. Also great if you have an amp without the footswitch and don't want to buy a whole new footswitch.